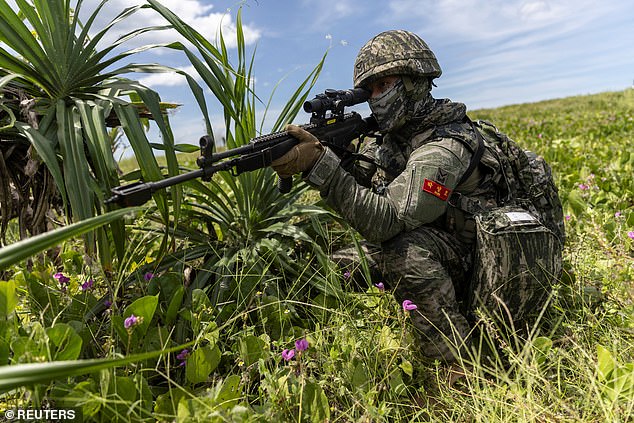 According to South Korean law, the members of the K-pop band BTS must do their necessary military service, their management firm said on Monday, thereby putting an end to the argument for exempting them due to their creative achievements.

The eldest band member, Jin, 29, will retract his request to put off his conscription at the end of the month and follow the necessary conscription formalities, according to Big Hit Music.

According to the company’s notification to financial authorities, which it defined as management-related information that can potentially impact investment choices, the six other members also want to join the military.

Because South Korea is still nominally at war with nuclear-armed North Korea, most able-bodied males under the age of 30 are required to serve in the military for 18 to 21 months.

Following their service commitment, Big Hit and the BTS members “look forward to reconvening as a group again in 2025,” according to another tweet from the firm.

When Jin turned 30 in December, there was much discussion in South Korea over whether or not the BTS members had to enroll in the military.

In South Korea, refusing to do one’s required duty is a criminal that may result in jail and social shame.

Some exceptional sportsmen, including Olympic medalists, and classical musicians are exempt from military service; pop stars are not.

The BTS members, who range in age from 25-year-old Jungkook to 29-year-old Jin, have given their official word that they will join the military.

They provided no more details on the time of their service.

BTS said in June that it will take a sabbatical from group musical endeavors to focus on separate projects, which prompted speculation about the band’s future.

Despite the band’s reunion this weekend and their joint performance in Busan in support of the city’s EXPO bid, it seems that until 2025 only solo ventures are in the works.

After telling legislators earlier this month that it would be “desirable” for BTS members to complete their military obligations in order to guarantee equity in the nation’s military duty, Lee Ki Sik, commissioner of the Military Manpower Administration, made the declaration.

A 2020 change to the conscription legislation that raised the eligibility age for certain performers to enlist from 28 to 30 years old has already benefitted BTS.

Recent polls of public opinion revealed that opinions on whether BTS members should join the military were divided.

»BTS will join the South Korean military after years of deliberation«