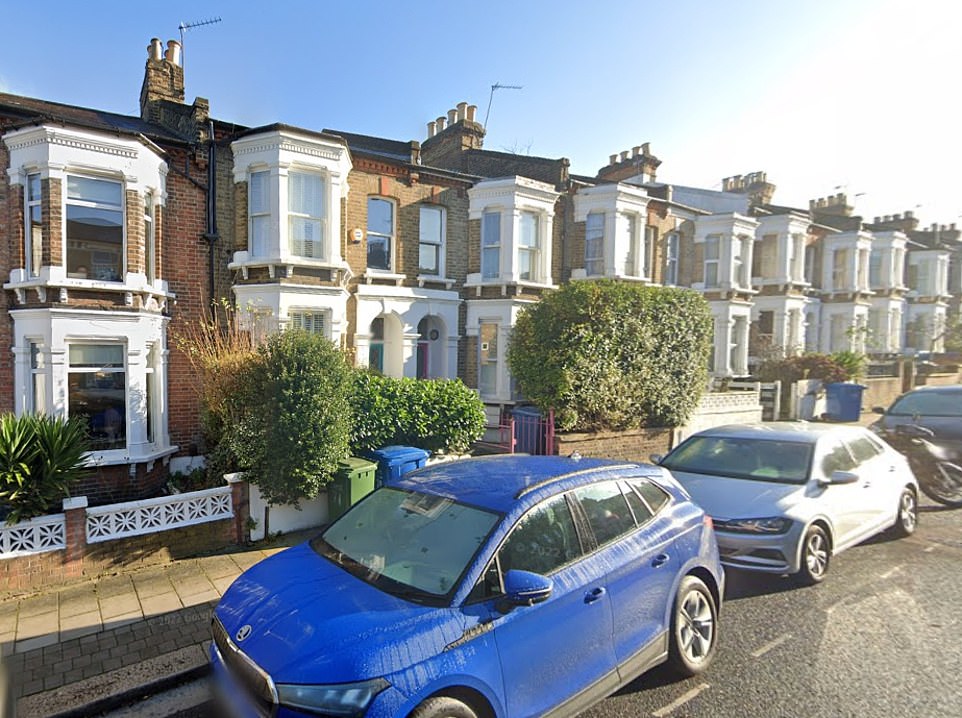 After losing a contentious court struggle, an artist and her lawyer partner were forced to return the three feet of another couple’s garden they had paved over, igniting a wealthy land-grab war.

Wendy Mszyca, 58, and Amanda Uziell-Hamilton, 66, were charged with stealing the little plot of land that separated their million-dollar mansion from their next-door neighbors Jay and Hannah Stirrett’s £1.4 million Victorian home.

The Stirretts claimed that when renovating their garden in 2018, the other couple demolished a fence and paved an additional three feet back towards the Stirretts’ home.

The Stirretts’ neighbors’ properties are designed with gardens backing onto each other in Camberwell, a neighborhood in south London.

The Stirretts’ allegation that the site never belonged to them was rebutted by Ms. Mszyca and Ms. Uziell-Hamilton, who said they were only restoring what had been their flower garden until it was momentarily cordoned off by construction workers in 2013.

A judge at Central London County Court has finally ruled in favor of the Stirretts after they sued their neighbors, ordering Ms. Mszyca and Ms. Uziell-Hamilton to return the “wholly useless, inaccessible slice of property.”

The neighbor dispute, according to Judge David Saunders, had resulted in “significant ill-feeling,” and Ms. Mszyca and Ms. Uziell-Hamilton may now be had to foot a hefty legal price for the case.

The Stirretts’ attorney, Tom Morris, said during the trial in June that the couple had purchased their four-bedroom home in Camberwell and relocated there in 2015.

Ms. Uziell-Hamilton teaches law whereas Ms. Mszyca is a fine artist who specializes in multimedia and photography.

The Stirretts claim that the rendered wall that was present when they first moved home was actually erected roughly three feet inside of their garden area rather than on the right boundary line.

According to them, the other couple’s garden ended at a wooden fence three feet beyond the wall until it was controversially demolished and paved up to the Stirretts’ wall in 2018.

The defendants “caused the fence to be dismantled somewhere around August 2018 and paved over the strip of ground between it and the block wall, integrating that property into their garden,” Mr. Morris said in his statement to the court.

He said that the wall built by builders on the Stirretts’ property before they purchased it is completely contained inside their yard and was solely added to prevent a dispute with Ms Mszyca and Ms Uziell-Hamilton.

The fence in Ms Mszyca and Ms Uziell-garden, Hamilton’s which had been removed by their neighbors when they installed the pavement, served as the real border despite the wall’s presence.

He informed the court, “The claimants’ argument is that the block wall was totally built to the east of the existing fence and entirely onto the claimants’ land.

The argument put out by the claimants is that the previous fence was left in place and maintained to mark the disputed line.

Even if the original fence had been rebuilt, the claimants maintain that it still followed the boundary line.

In his testimony, Mr. Stirrett said that he had always believed the border between the properties to be in line with other boundaries dividing gardens in the street and following the line of the fences taken down by his neighbors.

The border, according to him, was along the fence, parallel to everyone else’s gardens.

He was supported by his next-door neighbor, novelist Jeremy Fox, who testified to the court that he often entered their garden before they moved there and saw that a wall had been erected three feet into it.

When he went to inform the builder he was in the wrong spot, he was told it was because he wanted to stay out of problems with Ms. Mszyca and Ms. Uziell-Hamilton. He had seen from his top floor writing room as the contractor had constructed the wall.

In his testimony before the court, the witness said, “He told me he had some sort of problem with the occupants of the back property and he couldn’t be bothered with it, so he placed it where he did.”

Attorney Ezra MacDonald argued on behalf of Ms. Mszyca and Ms. Uziell-Hamilton that the wall marked the end of the Stirretts’ yard and that his clients had not trespassed on their property.

The fence in their garden, which was really entirely inside of their property and had effectively blocked them off from what had been their flower bed, had been erected by the contractors to provide them some privacy while the wall was being built.

He said that it was clear that the Stirretts’ garden ended at the property’s wall and that everything beyond it belonged to Ms. Mszyca and Ms. Uziell-Hamilton.

‘The garden was obviously surrounded by a permanent, rendered, brick wall when Mr. and Mrs. Stirrett acquired their house in 2015,’ he said.

The area of land between the brick wall and the fence in back was off-limits.

Any sane layperson would have understood without a doubt that he was purchasing the land up to and including the block wall.

The west face of the block wall has traditionally served as the genuine legal border.

No sane layperson would have assumed that they were purchasing this completely inaccessible, useless piece of property in addition to the planned and completed garden area, he said.

Judge Saunders made his decision this week, noting that while there was “ill-feeling” between the two spouses as a result of the border dispute, both couples had tried their utmost to assist him by providing testimony.

He did, however, consider Mr. Stirrett’s testimony to be more “specific” since he had supported his claim that he and his wife owned the disputed property with real images of it.

He ruled in favor of the Stirretts and said that, despite the area being beyond their back wall, it is still part of their garden since the actual border between the two gardens runs down the line of the fence.

The developer at the time would have most likely built the rear walls of the homes in a straight line with a continuous back wall flowing between the properties, he said.

I support the plaintiffs, I find. The right remedy is for me to certify that the border is as shown on the plan attached to the claimants’ particulars of claim, and I advise that its accuracy be confirmed by a thorough survey.

Along with an order for ownership of the contested land, I also issue an injunction prohibiting the defendants from trespassing on the property.

The trial’s cost-sharing will be decided at a subsequent hearing, the judge said.