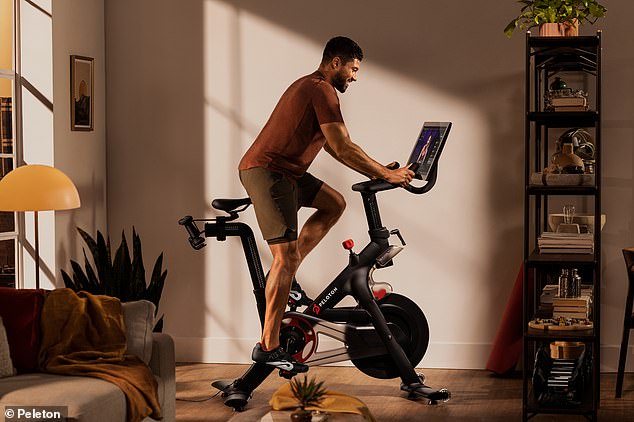 John Foley, a co-founder of Peloton, is accused of earning $500 million in insider trading before the company’s stock prices crashed, along with a group of other employees he employed, including his own wife.

By selling some of their Peloton shares “just before Peloton’s substantial stock price slide occurred,” Foley and other members of the company’s board of directors allegedly “profited immensely,” according to a complaint filed by Blackwells Capital LLC.

Even when Foley, 51, resigned from the board last month, Blackwells contends that those executives still control the voting power at the once well-liked fitness firm.

The largest shareholder of Peloton, an investment management company, has now filed a complaint in the Court of Chancery of the State of Delaware asking a judge to order Peloton to turn over all of its financial records, restructuring plans, forecasts, and board communications from April 17, 2020 up to the present.

According to the complaint, when Blackwells previously requested these papers from firm leaders, the business required the executives to sign a non-disclosure agreement promising not to divulge what it discovered with other stockholders.

The corporation now asserts that despite making public declarations claiming the company is recovering, the records would demonstrate that Foley and other executives were aware of the “myriad of wide-ranging challenges the company is experiencing” when they sold their shares.

Due to the COVID epidemic, which required people to remain at home, sales of Peloton cycles increased dramatically.

However, the company is currently in serious financial trouble as a result of scandals regarding the safety of its products following a child’s death and the need for treadmill recalls, as well as negative publicity from a much-maligned Christmas and Mr. Big from Sex and the City passing away from a heart attack after taking a Peloton class.

Blackwell claims that throughout this time, corporate leaders kept making money by either selling Peloton shares for more than their true market worth or using as much as 70% of their Class B common stocks as collateral for loans.

As opposed to Class A shares, which only provide owners 1% of the vote, Class B shares give stockholders a 20% vote in the corporation.

Executives allegedly sold roughly $500 million worth of shares right before prices started to fall, according to the complaint.

2.4 million of his Class A shares might be sold, according to the company’s statement at the time, for “personal financial management needs.”

However, the complaint claims that on August 30, 2021, only one day before Peloton’s stock prices fell below $100 per share, he “abruptly cancelled” his financial management strategy.

He then sold another $50 million worth of shares in March 2020 in a “privately negotiated transaction to MSD Partners LD at $26 per share,” in this instance, the prized Class B shares that each give him 20% of the voting power on the board.

According to the complaint, Karen Boone, the current chairman of the board, sold more than $20 million in stock in February 2021 at prices over $140 per share, and Tom Cortese, the chief product officer, also sold more than $60 million worth of shares at the time.

Foley and other directors and executives sold a total of 20 to 40 percent of their Class B stock prior to the company’s shares falling sharply, according to the company’s proxy statement dated October 25, 2021.

However, the complaint asserts that these people continue to have authority over the business.

It further claims that before leaving the business in February 2022, Foley had named his wife, Jill, to lead its garment section.

She soon cost the business $50 million less than what they had budgeted for the 2022 fiscal year, but the lawsuit claims that she is still working there as the vice president of apparel despite having no apparent experience in retail or corporate management and holding options to buy both Class A and Class B stock.

Just one day after Blackwell claims it first asked to examine the company’s financial documents as it kept calling for new management, Foley resigned as the company’s CEO in February 2022.

Foley, however, insisted at the time on keeping all of his Class B shares, which gave him voting rights on the board.

In March 2020, he sold the shares to MSD Partners LD, which the complaint claims is still friends with Foley.

And although Kushi and Foley both declared their intention to leave the board of directors last month, neither of them sold their Class B shares.

Due to these Class B shares, the company’s directors, executives, and affiliates now own 82.7 percent of the entire voting power.

The complaint claims, “Again, the resignations are unaccompanied by any change in their ownership of Class B Common Stock.”

To put it another way, “Foley, Kushi, and their allies still run the corporation.”

In the case, Peloton management and directors are charged with illegally raising share values even while the business was going under.

It cites a number of assertions made by Foley that the COVID epidemic was not to blame for the company’s growth, despite the fact that it had placed more orders for goods than it had sold and that Foley was already offloading some of his stock.

It further says that the business announced Foley’s resignation as CEO barely one day after Blackwells initially asked for the financial records.

Barry McCarthy, the former CEO of Spotify and Netflix, who the complaint refers to as a “retired individual with no experience as a senior executive,” took his place.

McCarthy was subsequently given a remuneration package that included an option to purchase 8 million shares of Class A stock along with a basic salary of $1 million.

The firm also said that day that it had started a “comprehensive effort to decrease expenses and promote growth, profitability, and free cash flow,” which together helped to boost the stock price by about 30% in only two days.

The complaint claims that Blackwells decided to give McCarthy one more opportunity to prove himself before renewing its requests for financial documents in March 2022. Peloton reportedly refused to provide these records unless the company signed a non-disclosure agreement, according to the lawsuit.

In the end, Blackwells engaged attorneys who in September 2022 issued a request for the records. Peloton reportedly accused Blackwells of doing this while “seeking confidential in formation to support an activist campaign.”

In the days leading up to the publication of its fourth-quarter filing, which revealed that it had incurred a $1.2 billion loss, Peloton, according to the complaint, published comments about how it was trying to strengthen the business.

However, Peloton had already made a number of cost-cutting announcements only a few days before, on August 12, 2022, including the closure of dozens of retail sites and the elimination of hundreds of employees.

The complaint asserts that as a consequence, shares increased by about 20%.

Then, on August 24, Peloton announced that its goods, accessories, and clothing will be available on Amazon, raising the company’s stock price by 22% only one day before its scheduled results report.

The complaint claims that “Peloton knew at the time it made these good pronouncements on August 12 and August 24 that it would shortly be making its poor financial results for the fourth quarter and fiscal year public.”

“Management must have known the results announcement would result in a large decline in share price,” one person said.

The lawsuit was filed in light of information that Foley, while an executive with the firm, pledged at least 3.5 million shares of the company, valued at an estimated $300 million, as collateral for personal loans from Goldman Sachs.

But when the value of the shares sank 10% to barely $30 million, the Wall Street Journal reported Tuesday, Foley was repeatedly asked to provide more cash or extra security for the loans.

Since resigning from the board of the business he established ten years ago, Foley has the option to sell or pledge further Peloton shares to the banking behemoth, but he claims that is not the reason.

After listing his beachfront home in East Hampton and selling his Manhattan penthouse, Foley was able to get private finance in place of Goldman stock sales.

He told the Journal, “I didn’t resign from the board because I was underwater. “I am still positive about Peloton, so to the degree that I took on debt via Goldman, I did so for that reason.” It was and still is a fantastic business.

»Insider trading by John Foley and others earned $500 million«