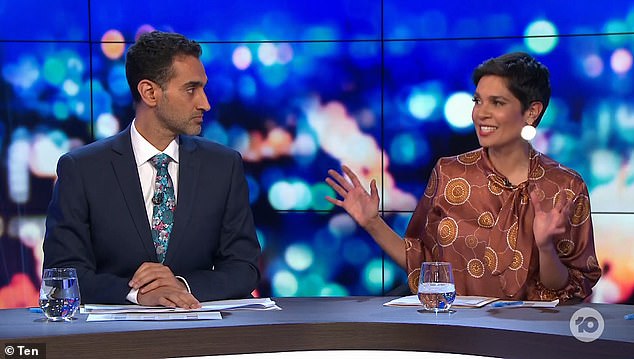 An indigenous wedding officiant wants an inflammatory monument of Australia’s first prime minister removed from the waterfront of a small town because it is “racist.”

A campaign to remove Sir Edmund Barton’s monument from Town Green Park at Port Macquarie’s waterfront is being spearheaded by Arlene Mehan.

Although Ms. Mehan has fought for its removal for a number of years, not everyone supports her, and the statue’s removal isn’t certain.

It was only mounted in 2001 as the centerpiece of a neighborhood Barton project.

His statue is the most recent historical figure monument to be targeted for removal in recent years due to allegedly “racist” prior behavior.

It is commonly acknowledged that Barton, who served as prime minister from 1901 to 1903, was a primary architect of the White Australia program.

He also made it known that he thought “racial equality” did not exist and that white people were superior.

Barton once famously observed, “[Other] races are, in compared with white races – I suppose no-one needed convinced of this reality – unequal and inferior.”

According to Ms. Mehan, the monument’s presence in the park is upsetting to the nearby indigenous people.

“Glorifying this individual, who stands for racist views, on this revered location is upsetting.”

Before European colonization, the indigenous Birpai people of the area used Town Green as a burial site.

The local Port Macquarie-Hastings municipality has been presented with alternatives to removal, such as the installation of educational signs outlining Barton’s views.

If the monument is taken down, it may be erected outside the Port Macquarie Local Court since Barton later served as a judge on the High Court.

Ms. Mehan filed a petition to the Port Macquarie-Hastings council with 4,383 signatures calling for the removal of Barton’s monument in 2020.

She also ran an anti-statue campaign against Lachlan Macquarie, the town’s namesake and the fifth governor of New South Wales.

It is thought that Macquarie gave the instructions that resulted in the 1816 slaughter of 14 Aboriginal people at Appin.

The statue of former Tasmanian premier William Crowther was scheduled to be demolished in August.

Nine years before he was elected premier, in 1869, Crowther took the skull of an Aboriginal man named William Lanne and transported it to London.

It will cost around $20,000 to remove the sculpture from Franklin Square in Hobart’s central business district, but there are also proposals to transfer it.

The bones of additional Aboriginal Tasmanians, including Mathinna, a seven-year-old girl, are also thought to have been unearthed by Crowther.

Native American writer Narelda Jacobs spoke on the controversy over the dismantling of ‘racist’ historical sculptures on The Project in August.

She questioned Crowther, asking, “Who is that person, and who is better deserving of being there?”

Steve Price, co-host of The Project, said that regular Australians are content for historical heroes to be honored with monuments and do not want history to be “erased.”

The statue of British merchant Robert Towns, for whom Townsville is named, is another that has attracted attention.

In the 19th century, Towns is said to have participated in the exploitation of laborers from Pacific Island nations, which some claim included abduction and forced labor.

No of how the topic is now seen, there has been a counterargument that colonial monuments should continue to stand in order to foster historical discussions and serve as reminders of crimes.