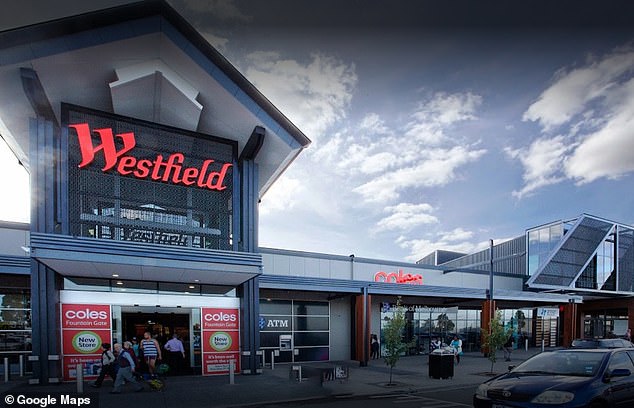 The postcodes in Sydney, Melbourne, Perth, as well as several provincial locations, where borrowers are now having trouble paying their payments, have been identified by Digital Finance Analytics.

More than 95% of borrowers in certain areas in September were experiencing mortgage stress, which means they were running out of money after making monthly home loan payments.

The Campbelltown neighborhood in Sydney’s outer south-west, Berwick in Melbourne’s south-east, and Samson in Perth’s south were truly hurting even before the Reserve Bank’s most recent 0.25 percentage point on Tuesday, the sixth since May.

With the cash rate now at a nine-year high of 2.6%, residents of these locations are more dependent on their cars to go about, making them more susceptible to increases in gas costs.

As interest rates grow at the quickest rate since 1994, rising cost of living pressures leave very little to nothing in the bank at the end of each month.

Martin North, the founder of Digital Finance Analytics, predicts that mortgage stress will become more severe as a result of the Reserve Bank’s warning that more rate increases would be necessary to battle price inflation.

In his words to Daily Mail Australia, “Households are already feeling the difficulties, and of course, as the rates continue to climb, that’s going to put additional pressure on.” Thus, it hurts.

Since rates are only certain to rise, Mr. North predicted that some borrowers “are going to find it extremely difficult to navigate ahead” at a time when inflation is at its greatest level since 1990.

A borrower with an average $600,000 mortgage would now need to find an extra $89 per month to make their loan repayments, which are now $3,055. This is due to the 0.25 percentage point rate increase for October.

However, in Sydney, where the average home is close to $1.3 million, many people are paying down mortgages that are closer to $1 million after initially struggling to come up with the 20% deposit.

The RBA increased its target cash rate for the sixth consecutive month in October, marking the longest streak since it started disclosing that rate in 1990.

Based on limited cash flow after monthly loan installments, suburbs in Sydney’s west and south-west that are more than 30 kilometers from the city center are hotspots for mortgage stress.

A staggering 95% of borrowers in the 2560 postcode, which includes Campbelltown and Leumeah, are now experiencing mortgage difficulty.

Businesses that depend on the discretionary spending of those homeowners are also affected, and they experience decreased trade as a result of the borrowers’ limited spending power.

But since the Reserve Bank started raising rates in May from a record-low of 0.1%, the firm in this part of outer south-west Sydney has suffered a 50% decline in turnover.

Every firm is undoubtedly being impacted, she told Daily Mail Australia.

“Given the situation of the economy, individuals don’t actually purchase themselves leisure activities anymore.”

People are concerned about what the future holds. When something is unimportant, they draw it back.

After the most recent quarter-point hike, the cash rate is currently at a nine-year high of 2.6%.

“I am quite worried. People are arriving more worried, according to Ms. Pourali.

People must take care of themselves in order to feel well and live well.

Jana, a receptionist at Roxana Pourali Celebrity Beauty Therapists, described paying off a house in neighboring Minto as being “very stressful” since rates were going up.

Before the most recent rate increase, she had equally divided her loan between fixed and variable sections.

“Petrol costs as well as fruits and vegetables have increased.” We are now examining our sixth interest rate that has an impact on our mortgage.

“My salary is not increasing at the same pace as the expense of living,” I said.

So, are we simply going to barely get by each week and make it now? Will we be forced to leave our house?

These are the only things I can think of.

After surviving the rate increases in May, June, July, and August, Jana said that her finances were severely strained in September when they rose to a seven-year high of 2.35 percent.

She was now looking at mortgage refinancing possibilities with Westpac anticipating rates to rise to at least 3.6% and ANZ anticipating a top of 3.35%.

How much higher is possible? Jana enquired.

You believe it cannot rise much higher, yet it does.

“I believe that many people will lose their houses if it reaches three percent,” the speaker said.

According to Mr. North, Campbelltown borrowers are more likely to have just purchased a newly constructed home, which means they are already struggling financially even with federal government assistance like HomeBuilder.

Residents in these locations were more dependent on their cars due to poor public transportation systems, making them more vulnerable to higher gas prices when the six-month excise reduction to 22.1 cents a litre came to an end last week.

People spend a lot more money simply traveling about, according to Mr. North.

They are far more vulnerable to changes in the price of gasoline.

Another outer-suburban postcode 2765, which includes the Sydney suburbs of Marsden Park and Riverstone, had 94.39 percent of its borrowers experiencing mortgage difficulty.

79.53% of borrowers in the 2170 area, which includes Liverpool, Casula, Chipping Norton, and Mount Pritchard, were experiencing mortgage difficulty.

There were areas of mortgage difficulty in Melbourne as well; 95% of borrowers in the 3806 postcode, which includes Berwick, were affected.

82.27% of residents in the nearby 3805 postcode, which includes Narre Warren, reported having trouble paying their mortgage.

Another postcode in the city’s south-east, 3810, which covers Pakenham, has a mortgage stress rate of 80.59 percent.

Another problem area in Perth was the south, where 94.92% of borrowers in the 6163 postcode, which includes Samson and Bibra Lake, were experiencing mortgage hardship.

With housing prices skyrocketing last year while RBA interest rates were still at a record-low of 0.1%, regional regions are also suffering.

With Queanbeyan and Gundaroo included in the 2620 postcode, the rate of mortgage stress was 94.92 percent.

The mortgage stress rate was 73% in the 4350 area, which includes Toowoomba and Harristown and is located west of Brisbane.

Since 1994, the RBA has now imposed the highest amount of rate increases in a single calendar year.

However, he pointed out that inflation was higher than the RBA’s two to three percent objective.

Australia’s inflation is excessively high, as it is in most other nations, according to Dr. Lowe.

Strong domestic demand in relation to the economy’s capacity to supply that demand is also having an impact on the high inflation rate, which is mostly explained by global causes.

After reaching 7% in July, the highest level since December 1990, inflation soared by 6.8% in the year ending in August.

However, according to both the Reserve Bank and the Treasury, headline inflation will reach a 32-year high of 7.75 percent in 2022.

In the year to August, gasoline prices increased 15% while the cost of fruits and vegetables increased 18.6%.

Even while the unemployment rate in August was at a level that was close to a 48-year low of 3.5%, earnings only increased by 2.6% in the year leading up to June, meaning that the majority of employees are seeing their actual income decrease when adjusted for inflation.

As their income rises lagged behind inflation, Mr. North said that stressed-out borrowers were also dealing with pressures from rising cost of living.

Many of them often work in positions where real income growth has been stagnant or declining for some time, he said.

“At the same time, other prices have skyrocketed, including daycare and certain medical expenses.

Big mortgages, which are heavily leveraged and hence very vulnerable, are “caught in this pincer movement.”

As the price of crude oil declines, imports like refined gasoline will become more expensive due to the lower Australian dollar, which is now trading at 65 US cents.

Except for Darwin, all capital city markets saw a decline in housing prices last month, according to CoreLogic data.

Every week, 1,000 customers are the subject of a telephone survey by Digital Finance Analytics.