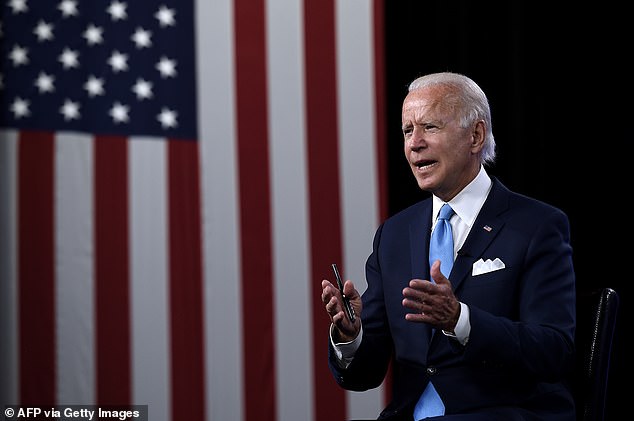 In an attempt to support Senate Democrats’ prospects, President Joe Biden is scheduled to go to New York this week to attend a fundraiser at the Manhattan residence of Rupert Murdoch’s son James Murdoch.

In that year, James Murdoch left the News Corp. board. His wife, Kathryn, is a prominent supporter of Democratic presidential candidate Hillary Clinton and the Democratic National Committee.

The pair established the Quadrivium Foundation, which has recently donated millions to groups with a left-leaning agenda.

During a hectic week, Biden is keeping the funder on his itinerary. He traveled to Puerto Rico on Monday and is scheduled to be in Florida on Wednesday.

The president has increased his fundraising efforts in recent weeks, contributing to the DNC’s $107 total for the year, which one official told Reuters was “the biggest at this stage in any year.”

It comes at a crucial time for Senate Democrats, who are hoping to maintain their 50-seat majority and possibly grow it in order to avoid some of the party squabbles of the previous year. They are also hoping to find enough support to change the rules so that a law codifying the right to an abortion won’t be subject to a filibuster.

After making improvements during the summer, elections in Pennsylvania, Ohio, and Wisconsin, where Republicans had been struggling, have become more competitive.

Dr. Mehmet Oz has been gaining ground on Democratic Lt. Governor John Fetterman in Pennsylvania, whose unfavorable ratings increased in a recent poll as a result of criticism of his views on crime.

Republican Sen. Ron Johnson has been able to hold onto a slim advantage in the polls because to Republicans’ relentless radio and television attacks on Democrat Mandela Barnes. Sen. Mark Kelly, a Democrat, is overtaking Blake Masters, a Republican, in Arizona.

New claims that Republican Herschel Walker paid for a woman’s abortion while supporting legislation to ban the procedure at 15 weeks rocked the Georgia Senate campaign on Tuesday night.

Following a Daily Beast article that includes a $575 receipt for the surgery, a $700 check signed by Walker dated five days after the treatment, and a get well card he signed, the former football player appeared on “Hannity” to refute the accusation. Walker claimed he gives money and cards to many individuals and denied paying for an abortion, calling it a “flat-out lie.”

He described abortion as “a lady murdering her baby” while running for office.

According to Reuters, the Murdoch donor is for the Democratic Senatorial Campaign Committee. The president has an earlier engagement at New Jersey Governor Phil Murphy’s house scheduled.

Days after the Capitol assault, which was included in Biden’s remarks, Murdoch told the Financial Times: “The harm is significant.”

“The destruction of the Capitol is unequivocal evidence that what we believed to be harmful is indeed very dangerous.” Insidious and uncontrolled forces that will remain with us for years have been released by those channels that spread falsehoods to their audience, he said.