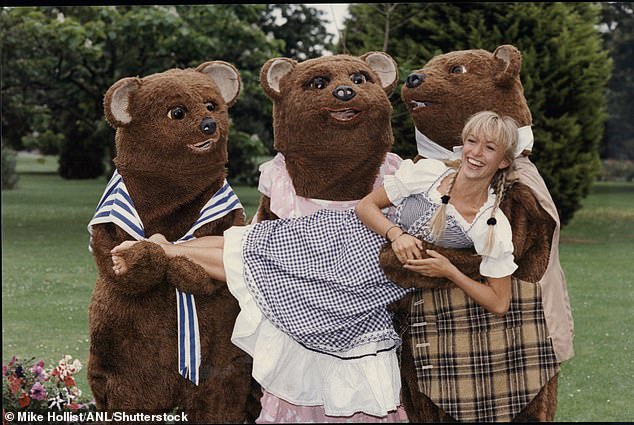 A university assessment that suggests “adapting” fairytales to make them more multicultural suggests reworking one classic as “The Ghanaian Goldilocks.”

And it urges students to examine the storylines of other fables, suggesting oddly that Rapunzel may have constructed a zip line with her hair to escape.

Glenn Saxby, a teacher and researcher at the University of South Australia, argues in his review that traditional tales such as Rapunzel and The Princess and the Pea can be used to teach youngsters about science, mathematics, and technology.

However, the assessment also suggested that more “multicultural fairy tales” should be introduced because so many Australian youngsters come from homes with foreign-born parents.

It listed a number of “multicultural” fairy tales that may be taught in Australian classrooms, such as The Ghanaian Goldilocks, Adelita: A Mexican Cinderella Story, and The Three Little Javelinas (instead of the Three Little Pigs).

A university assessment that suggests “adapting” fairytales to make them more multicultural suggests reworking one classic as “The Ghanaian Goldilocks” (pictured, UK TV star Michaela Strachan as Golidlocks in a pantomime version of the fairytale)

Classic fairy tales such as Rapunzel (pictured) and The Princess and the Pea should be updated to educate gender studies, mathematics, and science, according to an assessment of fairy tales.

Mr. Saxby commented that [Three Little Javelinas] not only inspires kids to think critically, but also celebrates cultural diversity and has a female character who outwits the enemy.

Fairytales in schools can also help youngsters understand changing gender roles and continue to be essential for teaching values such as kindness and collaboration, according to the report.

The review states, “Fairytales can be easily modified in elementary schools to teach a variety of themes.”

In addition to knowing the framework of an engaging story, they can be used to educate reading, science, technology, engineering, and mathematics, as well as gender stereotypes.

Educators “need to be cautious” because fairy tales frequently contain “outdated, gender-ignorant” messages and because “gender parity has not yet been reached in fairy tale literature,” according to the report.

Students may be asked, “Could Rapunzel have constructed a zip line from her hair to escape the tower prison?”

Educators ‘need to be cautious’ since fairy tales frequently contain ‘outdated, gender-ignorant’ messages and ‘gender parity has not yet been reached in fairy tale literature,’ according to the research.

It was suggested that teachers urge children to “question stereotyped depictions of gender.”

It was emphasized that youngsters should be reminded that female characters might be portrayed as “strong and intelligent figures rather than passive ones.”

To present a fair and balanced understanding of gender roles in contemporary Australian society, a teacher must decide how they would discuss these old fairy tales with twenty-first-century students.

However, the research also revealed that fairy tales remain valuable teaching tools “across multiple subject areas of the curriculum” and because “they can help children understand complicated topics.”

Government guidelines for the reading of fairy tales to youngsters include asking children if the ending was ‘fair.’

How to Read Fairy Tales to Young Children

When the fairy tale concludes and everyone lives happily ever after, you can ask your youngster such questions like

How did the primary characters appear?
Did the illustrations accompany the text in the story?
Did you find the conclusion satisfactory?
What, in your opinion, is the moral of this fable?
Do you know any comparable fables?

‘Incorporating a variety of fairy tales in a thoughtful and inclusive manner provides instructors with a fantastic opportunity to teach numerous skills and disciplines in the modern classroom.

From Little Red Riding Hood to the Ugly Duckling, children of all ages have long been read fairy stories.

Despite complaints that they are antiquated and sexist, new research indicates that fairy tales continue to play a significant role in basic education.

In elementary schools in Australia, fairytales are taught, and the government also recommends that parents read them at home.

Parents are advised to ask their children questions such as, “Did you think the ending was satisfactory?”

When you reach the conclusion of a fairy tale in which everyone lives happily ever after, you can ask your child whether the ending was “fair.”