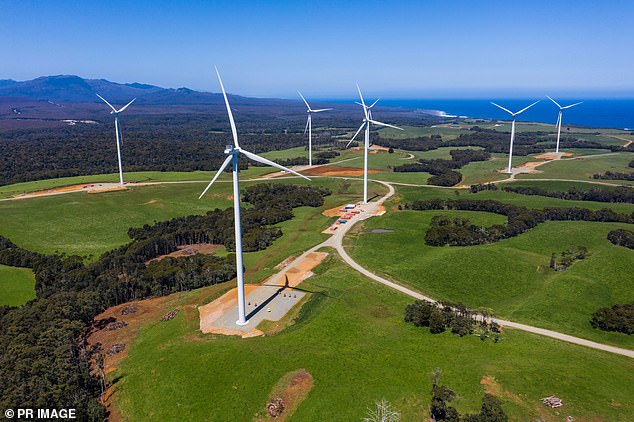 According to journalist and radio personality Ben Fordham, attributing Australia’s rising power rates to Russia’s invasion of Ukraine is a “cop out.”

The battle, according to the 2GB broadcaster, is producing fuel shortages across Europe, but Australia need not be harmed since “we have the coal and gas the world sorely needs.”

Fordham said that the true cause of our rising electricity costs may be due to Australia’s hasty transition to green energy and the phase-out of conventional power production before enough alternative sources are in place.

International restrictions on the supply of Russian fuel have had a significant impact on Europe, but Australia, which has some of the largest supplies of high-quality coal in the world, has less dependency.

According to the US Energy Information Administration, Europe purchased 32% of Russian coal exports in 2021, followed by China (24%), Japan and South Korea (18%), and South East Asia and Oceania (11%).

However, according to the CSIRO, coal-fired power facilities are being destroyed to assist the country move toward “net-zero” emissions, despite Australia’s availability of coal and its contribution of barely 1% to global greenhouse gas emissions.

Blaming the conflict in Ukraine is a huge cop out, according to Fordham.

“Enterprises will fail. Pensions will be frozen. And everybody who inquires will be portrayed as a caveman.

It was announced this week at the Australian Financial Review’s Energy Climate Summit that home power costs might increase by “at least” 35% in 2023, adding $700 to a $2,000 yearly bill.

As electricity firms must replace their generating assets, Alinta Energy CEO Jeff Dimery said that the rapid shift away from coal was putting pressure on wholesale rates.

“What I bought for $1 billion will cost me $8 billion to replace.” I don’t understand, so let’s speak about it while still explaining how energy costs decrease.

The nation’s economy continues to be driven by coal exports to nations that create far greater emissions than Australia.

Australia was the second-largest coal exporter in the world in 2020, shipping $9 billion worth of coal to Japan and South Korea, $2.5 billion to China, $2 billion to Taiwan, and $2.7 billion to the rest of the globe.

However, five of the biggest coal facilities in the country will be shut down by 2030.

According to the head of the Australian Energy Market Operator, Daniel Westerman, they generate roughly 45 gigawatts of power, whereas all presently proposed new renewable projects will only produce about 22 gigawatts, or nearly half of this amount.

The size of new projects required to enable a switch to renewable energy sources, according to Brett Redman, chief executive of NSW grid owner Transgrid, is “unprecedented.”

We have far less time to develop the crucial transmission infrastructure that will link renewables to the grid since the government wants to accomplish its national carbon reduction goal in eight years, he added.

The amount of investment required to achieve “net-zero” by 2050, according to Worley Energy CEO Chris Ashton, “looks somewhere from $100 to $120 trillion.”

He remarked, “That is orders of magnitude more than the supply chain can achieve at this time.”

The Labor government’s election pledge to reduce power costs by $275 is starting to seem more and more unrealistic.

Our leaders have been moving too quickly. Before we got to the pier, they tried to leap from the boat, Fordham claimed.