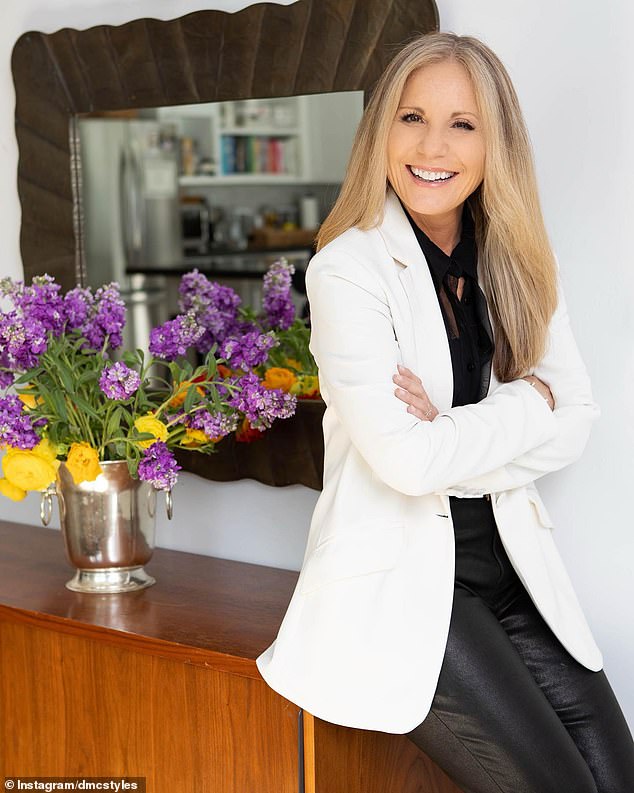 A Hollywood stylist who worked on ‘Deal or No Deal’ has joined to the criticism of Meghan Markle, who recently claimed that she felt ‘objectified’ and’reduced to a bimbo’ on the show.

Dina Cerchione, who has worked for shows on networks such as CBS, NBC, ABC, Netflix, and HBO, stated, “It’s been a difficult week seeing a show I adore so much maligned.”

She stated on Instagram, “It was one of the most fantastic, demanding, high-profile jobs of my career, and I loved every minute of it.”

‘Everyone on the program, from my wardrobe staff to the producers, the crew, hair and makeup, Howie, and especially the models, worked SO incredibly hard to make the shows the best they could be for the contestants and fans who loved it.

“After much consideration, I would not change a thing.

We were all aware of how fortunate and unique our TV family was. The mission at work was to perform the best we could, take care of our entire team, and treat everyone with the respect they deserved and earned.

Cerchione’s remarks follow a recent wave of criticism since Markle’s comments on her podcast, ‘Archetypes,’ in which she informed Paris Hilton that she left the show because she felt valued for her beauty rather than her intelligence.

Meghan appeared in season two of the NBC game show Deal or No Deal sixteen years ago. She initially stood beside briefcase number 11 for two shows before moving to number 24. She departed the show in the middle of the season.

I ultimately left the show. I was far more than what was objectified on stage. I disliked being compelled to be superficially attractive. And lacking in substance.

And that is how I felt at the moment when I was reduced to this particular archetype, the term bimbo.

Cerchione stated that the show served as a springboard for numerous ladies, many of whom she is still in contact with.

Also, let’s not forget that this occurred before social media and cellphone cameras! She wrote, “I cannot fathom what they could have accomplished if they had these resources at their disposal.

The women received such incredible chances! Not only to improve the lives of the participants who appeared on the show for a chance to win $1 million, but also the chances they acquired by being seen in the homes of millions of people each week.’

The California-based princess stated that she and the other ladies on the show were compelled to ‘queue up’ for different aesthetic treatments, such as ‘bra padding’, ‘false eyelashes,’ and ‘hair extensions.

“Each week, we were even given coupons for a spray tan because there was such a rigid notion of how we should look.” It was simply about our attractiveness.

Meghan stated that a woman “in control” of the show would advise her to “suck it in” prior to the start of filming, probably referring to the instruction to hold in her stomach on camera.

Meanwhile, women who were on the show at the same time as Meghan tell a quite different tale than the Duchess. They report that the environment was enjoyable as opposed to overbearing or unpleasant.

Gleave told the Mail that she felt ‘fortunate and lucky’ to have appeared on ‘Deal Or No Deal,’ adding, ‘For me, it was a thrill and a terrific professional step. The majority of girls would agree.

I never viewed the show as one that objectified women. The cast and crew treated us with great respect. It was an expertly crafted set. For many of us, it was a career stepping stone, and we went on to larger things,’ said Gleave.

She accused the Duchess of ‘overreacting to her time there’ and said, ‘If Meghan didn’t want to feel objectified and had negative sentiments about her position, she could have decided not to audition and not to participate in all the acts she did. And that would have given another girl an opportunity, someone who would have leaped at the chance to play the part.’

She replied, “For clarity — sure, landing a modeling contract on a game show isn’t always about your intelligence, but every show the executive producers chose five models with the most outgoing and interesting personalities to place microphones on, because they knew they would connect with the competitors.”

‘And Deal Or No Deal never treated us like bimbos. We received so many opportunities as a result of that show.

Meghan’s contemporary Alike Boggan stated that she enjoyed working on Deal Or No Deal and had no issues with the tasks required of her.

I have been a fan since the very first episode and have enjoyed every moment. She told the Mail that it was a terrific chance and a great employment.

That was emphasized that the females look their best, but show business is an aesthetic industry, so it didn’t bother me.

Alike is now the mother of a young child and a prosperous businesswoman.

I have never felt uneasy or that the situation was in any way demeaning. I was appreciative of the generous compensation and favorable working conditions. I remember it with fondness.