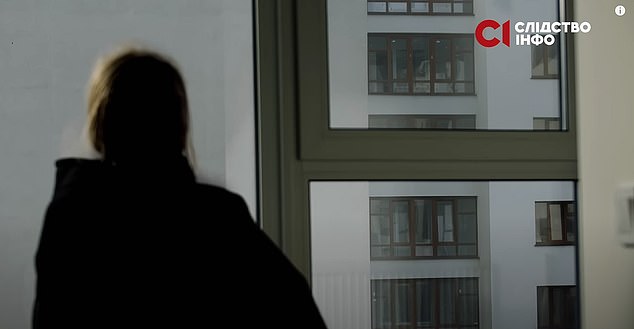 A young Ukrainian girl who was forced to abandon her home in Kherson because of the conflict said she used a dating app while pretending to be a Russian in order to find enemy soldiers and find out where they were stationed.

One soldier claimed that he was trying to pay for a fancy automobile since she was so successful, and sent her images from a boarding school that was also a military installation.

Another portrayed him protecting a senior officer at a mansion.

Her escapades are reminiscent of those of the German spy from the First World War, Mata Hari, who learned about the Allies’ new secret weapon, the tank, through her lovers in the upper brass.

However, Lisa—not her actual name—was inspired by a TikTok user who had made friends with a Russian soldier, found out where he was stationed, and told the Ukrainian army.

While living under occupation in Kherson, the 18-year-old created a false profile on a dating website, claiming to be a young Russian lady who enjoyed meeting military guys.

Soon she was conversing with troops who were lost in love and who sent voicemails, videos, and SMS.

Ilgis Hafizov, 24, from western Russia, was typical. He was serving to save for his wedding, but when his engagement fell through, he opted to purchase a vehicle instead. He boasted, “I’m saving money for a BMW.”

They all committed crimes because they brought guns over international borders, according to Lisa. “They came to slaughter and steal.”

In an effort to impress, a young member of the special forces even transmitted footage taken as Russian planes took off from an airstrip, claiming they were headed on an operation to “kill khokhols” (Russian slang for Ukrainians) and “drop the rockets.”

Before “flying to the strikes” in Odesa and Kharkiv, Nikolai Izmailov, 19, also posed for photos in occupied Kherson with a line of helicopters parked behind him.

“Lisa” said, “It truly irritates me when people tell me they are doing great.”

Another naive soldier, Daniil Lapyshev from Siberia, supplied Slidstvo.info images and voicemails revealing the position of his unit holed up in bunkers in the neighboring forests, allowing them to locate the “Golden Pheasant” eco-mansion used by a high Russian general.

Lisa, who left Kherson last month, said that the invasion had completely destroyed her life.

She added, “They are seated there and good, but we left our original land and cannot go back today.

They seem pleased, as if nothing negative is taking place.