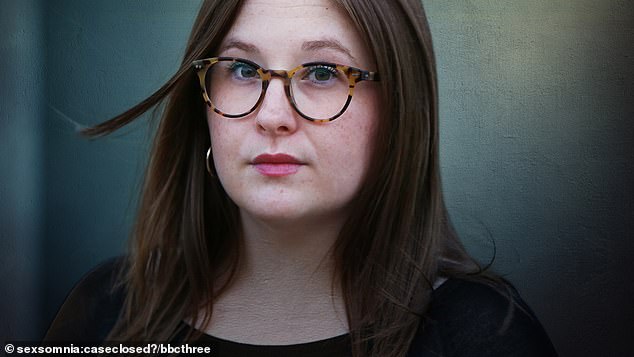 The Crown Prosecution Service has apologized to an accused rape victim whose case was dismissed after defense attorneys claimed she had a case of “sexsomnia.”

The defense claimed, in a legal first, that Jade McCrossen-Nethercott had an uncommon sleepwalking disorder that causes individuals to engage in sexual conduct while they are sleeping, which led to the dismissal of her accusations.

The CPS dismissed the case in October 2020, but has now acknowledged that the accusations ought to have been proven in court. However, there is little chance the case will be reopened since Miss McCrossen-accused Nethercott’s assailant was officially found not guilty in court.

The 30-year-old, who works for the British Pregnancy Advisory Service and gave up her right to remain anonymous to discuss her case, said that the alleged rape itself had not always been as distressing as her attempts to get justice, and she is now considering legal action against the CPS. She said, “I want to hold the CPS responsible for their mistakes and perhaps ensure that there is some improvement.”

The whole experience has been horrible and has negatively impacted me. Because of how this matter was handled and finally ended, my problems have become so serious that I was contemplating suicide last year.

I often think that this caused more harm than the actual rape did.

After a party in March 2017, Miss McCrossen-Nethercott awoke fully dressed on a couch and claimed being raped. She felt as like she had been penetrated when she woke up at 5 am, but she had no memory of what had transpired.

After forensic swabs found his semen, the guy sitting next to her on the sofa was accused of rape; however, he rejected the accusation.

Miss McCrossen-Nethercott said she had never heard of sexsomnia but thinks it was brought up by the defense when she casually mentioned sleeptalking as a youngster during her police interview.

She could have had sexsomnia on the disputed night, according to two sleep specialists, one hired by the defense and the other by the prosecution.

They said that the defendant could have believed she was conscious and consenting if she had done this. It was perplexing and entirely unexpected, she said.

“I’ve been in two committed relationships that lasted 13 years each, and I’ve never experienced anything like this.” I don’t see how this can be a singular incidence since it just so happened to be the moment when I had sex with someone I would never have approved of.

There was no reasonable chance of conviction, according to the CPS. The law provides that a person is not guilty of rape if they had a reasonable belief in consent and the defendant was officially found not guilty. However, a person cannot agree to sex when they are unconscious.

According to CPS standards, the defenses of sexsomnia and sleepwalking should be “robustly examined.” Malcolm McHaffie, the top crown prosecutor, examined the evidence and determined that a trial should have taken place.

The BBC, which has unearthed more than 50 instances of defendants claiming to have sexsomnia when accused of rape in the previous 20 years, has heard Miss McCrossen-account. Nethercott’s defense is said to have made this argument in the complainant’s case for the first time in her case.

Raping is a terrible crime, and obtaining justice for the victim might, in a tiny way, assist them in overcoming the trauma, according to a CPS spokesperson.

“In this situation, we sincerely apologize to the victim,” we said. It ought to have been possible to refute the expert testimony and provide the defendant’s story for the jury to consider.

We’re working together with the police to change how serious crimes like rape are handled because we’re dedicated to making every part of how they’re handled better.

We continue to be optimistic about the advancements being achieved.

»CPS expresses regret after rape case is dismissed due to ‘sexsomnia’«