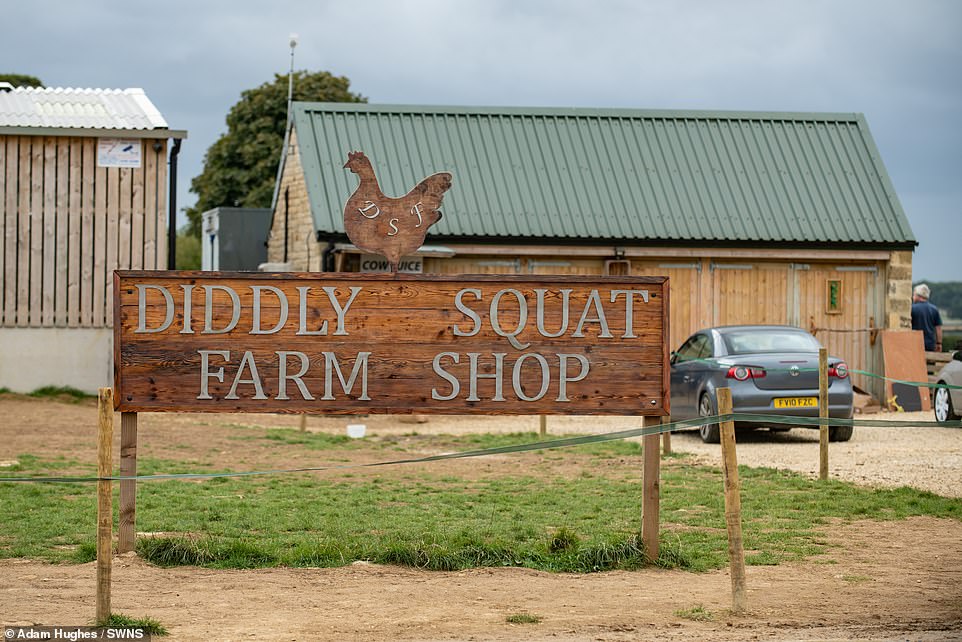 An irate Oxfordfordshire councillor claims that Jeremy Clarkson is only fighting to rescue his Diddly Squat Farm restaurant in the Cotswolds because it would boost his ratings.

After the presenter’s eatery was forced to shut as a result of several complaints from the “red trouser brigade,” the presenter’s supporters have lambasted “jealous neighbors.”

On the West Oxfordshire district council planning committee, which issued Clarkson an enforcement notice, local Conservative councillor Dean Temple said: “I told him that if he wanted to operate the restaurant on the other side of the road that would be OK because it is not covered by AONB regulations.”

“But I believe he went into fight against us because he was chasing the clash thinking it would be good for his ratings,” she said.

He said, “He’s a great guy, but what he was asking for wasn’t allowed, and we can’t create an exception for him.”

We have been working with him for a year and a half, but he is in violation of the planning regulations, and two weeks ago a formal legal notice was delivered on him.

The 62-year-old former Top Gear host was given six weeks to make a variety of adjustments to the Chadlington location, which is featured in his popular Amazon Prime series Clarkson’s Farm, according to an enforcement notice from West Oxfordshire District Council (WODC), which was released on August 11.

This includes stopping the general “selling or furnishing of food or drinks to members of the public for consumption on the property” as well as the use of any portion of the land as a restaurant or café.

The farm’s “nature, size, and placement is unsustainable and incompatible with its rural setting inside the Cotswold Area of Outstanding Natural Beauty,” according to the document, which highlighted the farm’s “illegal” operation.

His battle continued on Thursday when council officials accused him of “disregarding” their directives by keeping the café and restaurant open. When fans came in the afternoon, they were unhappy to discover that they were closed.

Dan Duffy, 36, the head of an energy firm, told MailOnline: “I was in the neighborhood and thought I would phone in as I am a fan.” I feel bad for him having to follow all these laws. In our nation, doing business is not made simple.

“I don’t see how somebody could complain about a restaurant here; it’s a wonderful site,” one person said. “I suppose the criticisms must be the result of envy.”

In the past, Clarkson has called people who “wear red pants” out for opposing the ambitious growth plans for his lucrative Diddly Squat business.

Additionally, the town hall has prohibited the sale of any goods other than those produced on the farm, within a 16-mile radius of the farm, or in accordance with council-approved exceptions.

The 60-year-old engineer Grant Filer was dismayed to see the farm’s restaurant and café closed when he arrived on Thursday with two motorcycle buddies.

I don’t believe they should be shutting it as I am sure it would be quite popular, he added, adding that it was unfortunate since we had taken the ride from Oxford after work.

Another lady who came to the Farm Shop to purchase milk from a “cow juice” machine said she believed the council was being foolish.

He is bringing business to the neighborhood, so I don’t understand what the issue is, she said. It would undoubtedly be a success since people would line up to enter his store.

The issue for Clarkson is that the proposed restaurant would be located in an Area of Outstanding Natural Beauty (AONB), which forbids such constructions.

Two fields from his well-liked establishment, Clarkson erected a second eatery in the summer in a cowshed.

On trailers being hauled by a tractor, diners were brought to their seats.

Unnamed local objector: “He gathered 40 of us from the hamlet and gave us seven dishes prepared by an award-winning chef.”

“It was all captured on camera for his Amazon series, and the restaurant only existed for about a week.” It was all for the cameras’ advantage.

He just keeps breaking the law. He is not permitted to sell anything created outside of the area in his business, but he has to make sales, so he charges £20 for a potato and provides a free t-shirt.

He said that he would close in observance of the Queen’s funeral, but he didn’t open on Monday. That is how he seeks attention.

In the neighbouring town of Chadlington, estate agent Jo Hooley, 60, said: “The automobiles that come for his store and restaurant make things extremely difficult for us.” Buses cannot pass because of the parking on the sides of the road coming into the settlement.

“What I find most distressing is how he has split the town apart.” People just speak about how half of the population supports him and the other half does not.

A 46-year-old villager who wished to remain anonymous said: “His fans can make life extremely uncomfortable.”

I don’t believe the rules should be altered to accommodate him. If he wanted to open a restaurant, there are several locations where he could do it. I believe that what he truly wants is to cause trouble and maintain his reputation.

In papers issued last month, agents representing Mr. Clarkson and the farm denied breaking any planning regulations and said that they would be appealing the decision because the council’s requirements were “extreme.”

The council retaliated on Thursday with a vehement statement, criticizing the presenter for disobeying its directives.

A spokeswoman stated: “On August 12, 2022, West Oxfordshire District Council filed an enforcement notice on the Diddly Squat Farm owners over planning violations on the property.

“Council officials have spent several months working with the firm’s owner and planning agents to examine planning control violations, offering advice on how the business may be run legally and attempting to find a resolution.

“The company is still operating in violation of the approved planning approvals, and advice has been disregarded.” The nearby community has also been significantly impacted by the activities.

“The council is taking enforcement action to make sure that the planning requirements are obeyed on the site in the same way that they would be for any other company operating across the district and inside an Area of Outstanding Natural Beauty,” the statement reads.

The council is in charge of making sure that the proper procedures and rules are followed when it comes to planning. A number of planning applications submitted by the company in recent years have been allowed where they are in accordance with national and local planning rules and have also been denied where they are not.

‘We work effectively and constructively with many companies, including farms, across West Oxfordshire to assist them in operating within the national and local planning rules and regulations that are in place to safeguard the natural environment and local communities.

“The enforcement notice directs the business’s owners to cease any action that violates a planning control.”

“The proprietors of Diddly Squat Farm have just learned that the enforcement notice has been appealed, which is customary in situations involving planning enforcement,” the council has recently learned.

The council will explain why it “considers the notice should be maintained and the appeal refused,” it was stated. An inspector will determine the case.

In their appeal against the enforcement notice on September 9, the John Phillips Planning Consultancy said that they already had a license to operate the farm as a restaurant and that there hasn’t been a “material alteration” to the site.

Bosses also said that the council’s site map was inaccurate and that the notice time given wasn’t long enough to do the necessary work.

The appeal states that the recommended six-week term is too short and would have substantial, negative effects on the site’s operations and the lives of individuals who work there. A more appropriate time limit is six months.

The agents came to the conclusion that “as a consequence,” the order “should be invalidated in its entirety.”

According to documents delivered by the Planning Inspectorate, the appeal made by Mr. Clarkson has been accepted as valid, and comments must be submitted within the next few weeks.

It’s believed Mr. Clarkson believed he could run the restaurant because he changed the use of a barn on his property in accordance with a provision that allowed doing so without getting permission from the council to do so.

However, after council members turned down the restaurant’s initial planning application in January, WODC declared in August that it was looking into the matter.

One council source, who declined to comment on the local authority’s continuing probe, told MailOnline at the time: ‘The council’s stance is that the same planning standards should apply to anyone.

‘We will treat Jeremy Clarkson in the exact same manner as any other resident of West Oxfordshire.’

On Clarkson’s Farm, the actor works on his 1,000 acre parcel of property, nestled between Chipping Norton and Chadlington in the picturesque Cotswolds region in Oxfordshire.

The former petrol-head looks to have settled for a calm agricultural lifestyle as part of his new blockbuster Amazon Prime series.

But the show’s roaring success – and the opening of the popular farm shop – created chaos for villagers who complained of visitors clogging up the country roads.

We have reached out to Mr. Clarkson’s team for further information.

»Clarkson defends Diddly Squat as councillors accuse him of war«