Skip to content
Go Home «» News «» World News «» Burglar convicted of beating, gagging, and tying up 86-year-old woman to death in her house 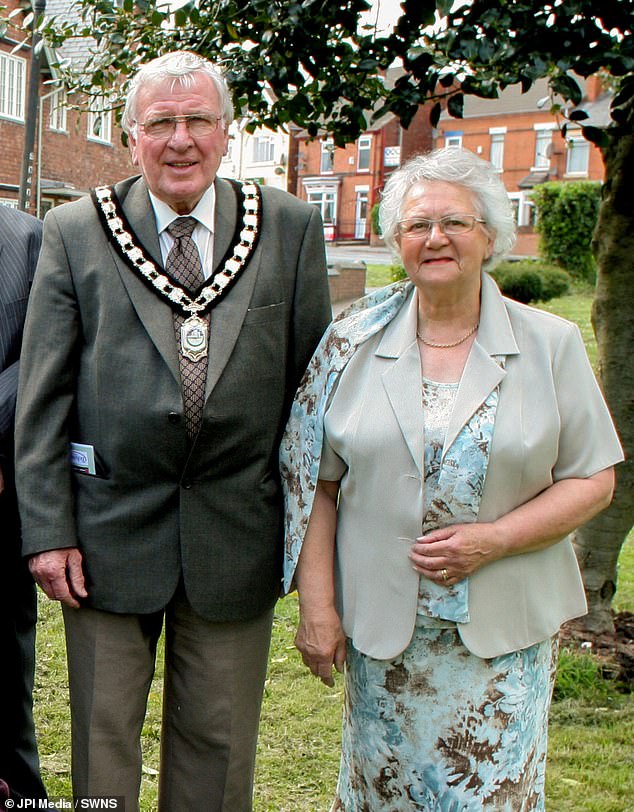 A 34-year-old man was convicted guilty of murdering an 86-year-old woman by beating, gagging, tying her up, and leaving her to die in her house.

At Derby Crown Court, Vasile Culea has been convicted of murdering Freda Walker.

Culea was also convicted of intentionally hurting the 88-year-old husband of the victim, former district councillor and alderman Kenneth Walker, in their January 14 residence.

Culea, a Romanian national, bound the wrists and feet of Mr. and Mrs. Walker while searching their Derbyshire house for £30,000 in cash, which he learned about after claiming to have overheard two strangers discussing it in a store.

Mrs. Walker, who also had a bag placed over her head and died of a brain damage, was discovered dead in the kitchen the next day by emergency personnel in response to concerns made by neighbors.

The court heard that Mr. Walker died some months after the attack, but that his death was unrelated.

Prosecutor Michael Auty QC described the couple as having been found “bound, hog-tied, gagged, and abandoned to their fate” during a “merciless” attack.

Culea had already admitted to the manslaughter of Mrs. Walker and the serious bodily harm of her husband, but prosecutors charged him with manufacturing “a nonsense” to cover up an attack on the couple that was “far beyond justification; ferocious in nature – and maintained.”

Culea, who escaped with £300 from a purse after being “scared” by the sounds of a motor outside, repeatedly lied about how the couple sustained injuries.

Michael Auty KC, prosecuting, told the jury that the victims suffered “really awful” injuries and that Mrs. Walker had a realistic chance of survival had she not been “abandoned without care” and “with coverings to her face restricting her airway.”

The jury of 11 men and one woman unanimously condemned the 34-year-old man after hearing his claim that he hurt Mrs. Walker by’slipping’ on a spilled drink and stepped on her chest when she ‘fell over’ during his attack.

The pair, who had lived in the same house for their entire 60-year marriage, was at the center of their neighborhood.

Freda, a retired seamstress, volunteered for charitable organizations, and Ken, a former accountant, served on the Langwith Town Council and had been a Labour Party Bolsover district councillor.

Culea, in contrast, was relatively new to the area and lived in a shared house three miles distant in Church Warsop.

The court heard that he fell into rent arrears and was £11,000 in debt by January due to excessive gambling.

On January 14, he started the day by visiting four local betting shops, where he lost an additional £250.

He then recalled overhearing a talk at a Polish or Romanian business in Shirebrook regarding a wealthy couple’s home in Langwith Junction.

It is unclear how he knew that Mr. Walker had lately withdrawn £30,000 in cash for home upgrades, but he stated that he planned to break into the house as the couple slept, conceal, and steal the money.

Around noon, he began to survey the surrounding region. The court heard that he conducted seven surveillance missions on the couple’s home, and CCTV footage captured his Audi A4 regularly driving by.

Eventually, he parked and, after twice passing passed the house on foot, about 7 p.m., he entered through an unlocked back door.

After the elderly spotted him hidden in their utility rooms and tied their wrists and feet while he demanded to know where the money was, he admitted to hitting them.

Ken, who buried the money in odd locations throughout their messy home, was unable to recall where he placed it and was forced to watch as Culea tormented his wife.

Mr. Auty, the prosecutor, stated, “Imagine, if you can, the terror and worry.” If it would have prevented Freda’s misery, Ken would have given it up in a heartbeat.

Culea claimed he abandoned the pair when he heard a car pull up outside and panicked.

CCTV filmed him leaving the residence with the knowledge that he had left its inhabitants severely injured, bound, and unable to escape.

The next morning, concerned neighbors discovered their bodies lying in pools of blood. Mrs. Walker, who sustained 25 distinct injuries, was deceased, while Mr. Walker was in critical condition. He passed away three months before to the trial due to natural circumstances.

Dr. Michael Biggs, a pathologist, told the jury of eleven men and one woman, “When I entered the kitchen, she was laying on her left side with her arms wrapped over her back. Her wrists and ankles were bound together.”

The deaths’ discovery triggered a thorough police inquiry. Culea was arrested after his DNA was found on a baseball cap found at the crime scene.

Temporary Detective Inspector Carolyne Van Schaick stated, ‘Freda and Kenneth Walker were lifelong members of the Shirebrook community, contributing to life in the region through their work, participation in the local council, and caring and sociable natures in general.

All of their friends and relatives have attested to the fact that they have always put others before themselves.

Freda and Kenneth, having worked so diligently throughout the years, deserved a long, happy retirement and tranquility in their latter years.

This was taken from them in January, when Vasile Culea, believing that the couple kept money at the address, broke in with the aim to steal.

When he came across Freda and Kenneth, he attacked them, killing Freda and leaving Kenneth for dead. His techniques were genuinely surprising.

“While Kenneth may have survived the attack, he lost his wife and spent his last days requiring daily care until he tragically passed away shortly before this lawsuit was scheduled to be heard.

“I would want to thank the families of both Ken and Freda, who have displayed strength during this awful period, as well as the community of Shirebrook, who have supported each other and our investigation throughout.”

“Although this verdict cannot undo Culea’s acts on that night, I hope it brings some solace to the victims of this heinous murder that justice has been served.”

As the jury foreman announced the judgment, Culea, who was wearing a grey hoodie and grey track pants, closed his eyes.

Mr. Justice Henshaw stated that he will return to court on Friday to sentence Culea, of Church Warsop.

»Burglar convicted of beating, gagging, and tying up 86-year-old woman to death in her house«