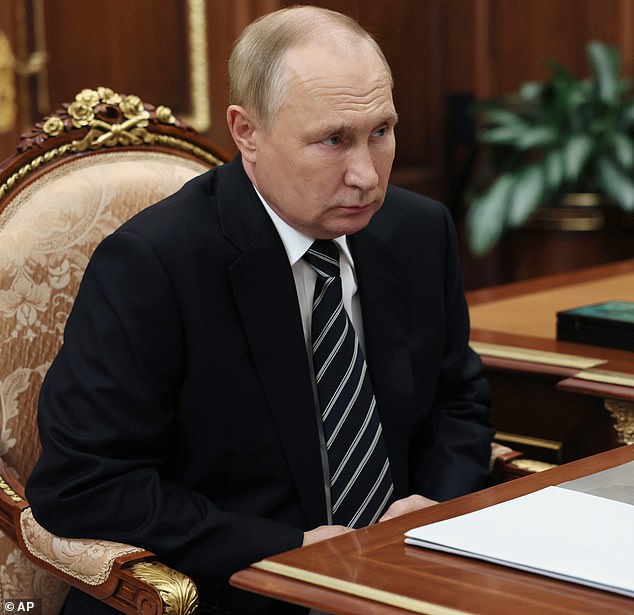 A top British military officer has said that the UK should prepare for Vladimir Putin to deploy nuclear weapons as he confronts a certain loss in Ukraine.

Given the defeat of his conventional troops, retired major general Jonathan Shaw said there is not much further the Russian president can do.

His startling warning came as Ukrainian gains persisted yesterday, particularly close to the southern city of Kherson, where, according to sources on both sides of the conflict, Russia’s frontline has disintegrated.

After the Russian troops withdrew and were reportedly cut off from their supply lines, dozens of towns and villages were freed in a matter of hours.

According to military blogs that support Russia, Kremlin forces withdrew around 10 kilometres.

A frigate has been sent to the North Sea to guard gas pipelines, the Royal Navy said yesterday.

NATO countries may possibly have received a warning from Nato that Russia may soon conduct a nuclear weapon test.

There have been fears aroused after reports of a “nuclear train” approaching Moscow. It is said to be a part of the highly classified 12th major directorate of the Russian ministry of defense, which oversees nuclear weapons.

The distribution of photos of the train might be a Kremlin propaganda ruse.

On board the train as it traveled north of the Russian capital were armored vehicles, one of which had a gun. Last night, it was still unclear where they were going.

It is one of a number of events that indicate the Kremlin is getting ready to intensify the battle.

Another worry is that Russia would use a submarine to fire the nuclear-capable torpedo drone Poseidon. In the Kara Sea, which lies between Siberia and the Arctic, tests are anticipated to be conducted.

Maj-Gen Shaw oversaw the military side of Britain’s nuclear deterrence in his capacity as assistant chief of the UK Defence Staff. Putin has nowhere else to go, he claimed. Therefore, we should prepare for nuclear war.

He is altering the nuclear era’s laws. Giving in or being nuked is to be substituted with the grim defensive logic of MAD (mutually assured destruction, or the nuclear weapons deterrence theory). The effects are significant.

“I only hope the Chinese could pull the rug out from under him, since a nuclear war in Eurasia would hurt them as well.” There is only one way out of Putin’s situation, and that is nuclear.

The Kremlin has annexated portions of eastern Ukraine, which the Russian president has promised to defend using “all possible methods.”

Putin is getting ready to relocate with his family to a nuclear-proof bunker, claims the anti-Kremlin General SVR TV program in Russia. He would make “important decisions” from his several bunkers in Siberia and the Altai Mountains, near to China, according to the report.