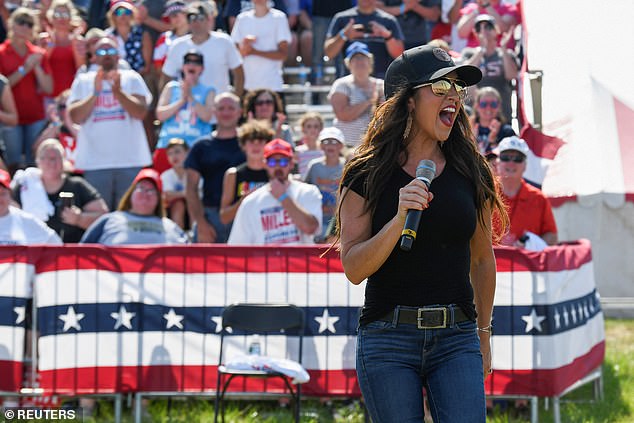 As polls suggest the election has tightened to a statistical tie, Rep. Lauren Boebert’s Democratic opponent is gaining headway on the feisty Colorado Republican, almost tripling her fundraising efforts in the third quarter of 2022.

Democratic candidate Adam Frisch’s campaign said that he had raised $1.69 million in the third quarter FEC report with less than a month before the midterm elections. Boebert contributed $900.000.

Frisch was one of just six House candidates to raise more over $1.5 million in Q3, indicating Democratic hope that the gun-toting Republican newcomer may be defeated.

After a recent Keating Research survey showed the Democrat behind Boebert by two points, 45-47, and falling inside the poll’s 4.4 percent margin of error, the Frisch campaign claims to have raised $400,000 in the previous week.

According to Frisch, he is a moderate who can win over independent votes. Boebert has moved to the right, holding the position of communications chair for the House Freedom Caucus’ conservative members, and receiving Trump’s support as early as December 2021.

Frisch said during a discussion in September that he would not support Nancy Pelosi for speaker of the House. Boebert criticized Frisch for running as a “conservative Democrat” during a fundraising gathering over the weekend.

Because of the impending election, Boebert observed, “Suddenly everyone is preaching this conservative message.”

Everyone has become conservative overnight. It almost seems as if these conservative measures are what will put our nation back on track. Even my Democratic rival is deceiving you all.

For his tenure on the Aspen City Council, Frisch has been dubbed “Aspen Adam” by Boebert.

Boebert advised the throng of Republicans to keep on theme by criticizing Democrats for violence and inflation.

We must prevent the Democrats from outspending us in messaging. This is what we’re saying. Our conservative message will change our nation and maintain freedom and prosperity for every American family.

We cannot let them take this, claim they didn’t wish to cut off funding for our cops, and spend us into oblivion, Boebert added.

Boebert, a 35-year-old politician, has integrated weapons into her public character and has sometimes stirred up controversy with her vehement statements.

The Colorado Republican swore to bring her Glock to the Capitol upon entering Congress in 2021, and she subsequently displayed her gun collection at a fictitious committee meeting. She shared a picture of her young children holding firearms over the Christmas season.

She said that the Uvalde tragedy in May proved the need of arming teachers rather than “taking weapons away from law-abiding civilians” in her statement.

“When 911 occurred,” she reasoned, “We didn’t outlaw airplanes.” We locked the cockpit, we said.

»Boebert has a 2-point edge over her Democratic competitor«