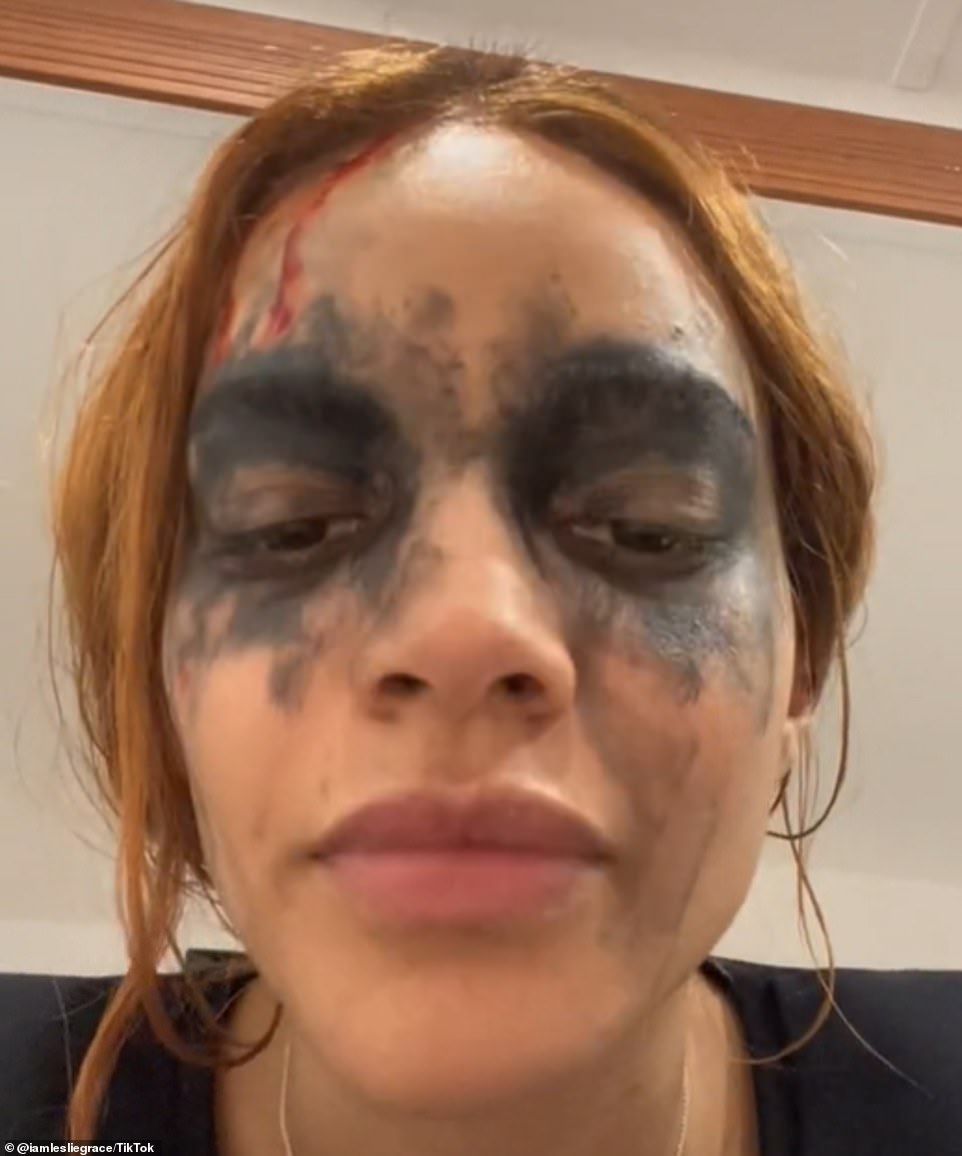 Through the social media sites of one of its stars, behind-the-scenes photos and photographs from the now-cancelled $90 million “Batgirl” film have been made available to the public.

Leslie Grace, 27, who was slated to play Barbara Gordon, the primary character in the movie, uploaded videos of her experience on the set on her TikTok account.

Her transition into the part is seen at the beginning of the 15-second clip, which is then followed by on-location footage from the movie’s production, fighting training, and other moments.

The caption says, “I couldn’t resist.”

The upload comes before a follow-up video that was published a few hours later and included her beauty routine, fighting training, and some green screen footage.

A Warner Bros. representative explained the company’s decision to halt production and forgo a public release in August, saying: “The decision to not release Batgirl represents our leadership’s strategy change as it pertains to the DC universe and HBO max.

Leslie Grace is a very gifted actress, and this choice does not reflect on how she performed. We are really appreciative to Scoob and Batgirl’s directors! We hope to work with everyone once again soon on Holiday Haunt and their individual casts.

Grace, well-known for her role in the Tony Award-winning play “In The Heights,” would have fought Brendan Fraser’s character Firefly, who went to a life of crime after losing his job and being unable to care for his ailing wife.

Even though the movie was scrapped, the cast and crew were given the opportunity to see it in a covert “funeral screening” before the studio destroyed the copies for a tax write-off.

The upcoming superhero movie “Batgirl,” which was helmed by Adil El Arbi and Bilall Fallah, was shelved after test audiences slammed it, forcing Warner Bros Discovery CEO David Zaslav to do so in an effort to save the firm $3 billion.

The directors of Disney+’s Ms. Marvel and Bad Boys For Life, El Arbi and Fallah, posted a statement on Instagram saying they were “saddened and astonished” by the news. We still find it hard to accept.

The filmmakers went on to say that “Batgirl” was brought to life by our incredible cast and crew, who did an outstanding job. We will always be appreciative for being a member of that team.

‘As filmmakers, it is essential that our work be seen by people, and even though the movie was far from being done, we want that viewers from all around the globe have the chance to see and enjoy the end product.

The studio may either permanently lock the tape away or even burn the footage to show to the IRS they would not benefit from it in the future, which would assure their tax write-down, according to the two filmmakers, who claim they presently do not have access to any footage.

In an effort to boost revenue, Zaslav has been fighting against filling HBO’s streaming service with movies like Batgirl and is instead giving priority to releases that will be seen in cinemas.

Before it was postponed, the movie was scheduled for release at the end of 2022.

According to sources, certain stars, including Grace, Fraser, and Michael Keaton, as well as members of the production team, were not informed of the film’s cancellation until it was posted online, according to the New York Post.

According to the insider, “They were unaware that the movie was being shelved.” “That’s a serious issue.”

People who found out about the movie’s cancellation described it as “humiliating” and “disappointing.”

HBO Max apparently had little interest in streaming the movie because of how poorly it performed when it was shown to private audiences.