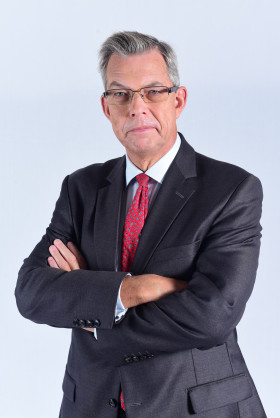 It is with pleasure that Bank One (www.BankOne.mu) announces that Fitch Ratings has assigned it a Long-Term Issuer Default Rating (IDR) of “BB-” with a Stable Outlook for its first rating exercise. Fitch Ratings (London) released the rating on June 27 after carefully examining Bank One in light of the major rating factors.

Customers and investors alike can assess Bank One’s credit standing independently and with confidence thanks to the rating. It is crucial to note that Bank One is currently among the top 15 banks in sub-Saharan Africa according to ratings.

Mark Watkinson, CEO of Bank One, commented to the news by saying: “I am delighted that after working closely with Fitch Ratings over the past months, we have been awarded such a positive rating. The new rating confirms our reputation as a trusted partner for our customers and we look forward to growing our business in Mauritius and the rest of sub-Saharan Africa.

Bank One is a partnership between CIEL Finance Limited in Mauritius and I&M Group PLC in Kenya. Over the past ten years, it has grown to have a clientele of more than 50,000, a committed workforce of more than 425 skilled collaborators, and assets of more than MUR 45 billion.

With 7 locations and a widely dispersed ATM network, Bank One has a geographic footprint that spans the entire island of Mauritius and offers a broad range of banking products and services to its customers. Additionally, it actively supports companies in sub-Saharan Africa.

With the German Investment Corporation (DEG), the International Finance Corporation (IFC), and the French Development Agency, Bank One has strong ties and long-term financial arrangements (Proparco). Fitch Ratings has rated Bank One as “BB-” with a Stable Outlook.