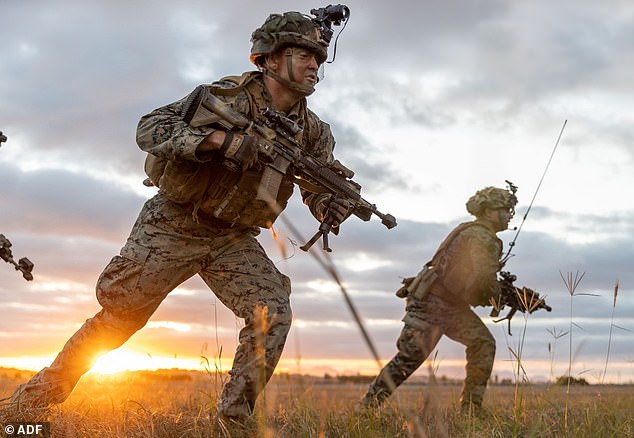 According to the defence minister, Australian troops may soon be sent to Ukraine to assist in training Russian-opposing Ukrainian forces.

According to Richard Marles, as Vladimir Putin’s deadly invasion proceeds, the federal government is seriously contemplating deploying Australian Defense Force personnel with combat experience to the nation to assist in training the Ukrainian military.

The increased aid comes after Australia previously contributed $388 million to the war effort in Ukraine, and there are plans to supply further military hardware as well.

In order to put Ukraine in a position where they can truly settle this war and put an end to it on their own terms, we need to make sure we are helping them long-term, according to defence minister Marles.

“Training is one of the metrics being examined. We will be putting together further funding for Ukraine, and we are now having this dialogue.

Vasyl Myroshnychenko, the ambassador of Ukraine to Australia, said that Ukraine would welcome any training help from Australia.

Through combat courses in England, the UK has already provided fundamental training to tens of thousands of Ukrainian citizens.

Myroshnychenko said that the British training program had given Ukraine’massive’ help, with military instructors also coming from New Zealand, Sweden, and the Netherlands.

Defense Minister Marles said he was ‘looking at the training problem in a very aggressive manner’ during a visit to the UK last month.

The training, according to the ambassador Myroshnychenko, will foster a close relationship between the Ukrainian and Australian armed services.

On Monday, when Marles and Myroshnychenko were having a discussion in Canberra, Russia began its missile strike against Kyiv and other cities.

The attack, which occurred a few days after an explosion on a bridge between Russia and the Crimean Peninsula, has claimed at least 11 lives.

Dmitry Medvedev, the deputy Russian representative on the Security Council, said that the strike was simply the “first episode” of Russia’s retaliation for an explosion that damaged the Crimea Bridge.

The leader of the Australian opposition party, Peter Dutton, expressed his general support for the notion of sending Australian troops to Europe to conduct training.

He said it may make sure Ukraine gets the most out of the military hardware Australia is giving it, notably the Bushmaster.

The 11-ton armoured military vehicle, known as “The Bushy,” is made in the Victorian city of Bendigo and can transport up to 10 troops to the front lines.

Since the conflict began in February, Australia has deployed more than 40 Bushmaster vehicles, earning plaudits from Ukrainian President Volodymyr Zelensky and his troops.

Weapons handling, combat first aid, and patrol strategies are all included in the UK training.

In order to cover instruction in trench and urban warfare as well as vehicle-mounted operations, the British government recently decided that the course will be extended by an additional two weeks.

Last week, Mr. Zelensky said that the government of Alba was putting together a “substantial package” of help in coordination with other countries, and that it would soon be disclosed.

I’m really appreciative that this process is still in progress as we speak, he remarked. “It’s not only tiny armaments, but also big weaponry,”

The president of Ukraine last week commended Australia for supplying him “big weaponry” to fight Russian soldiers there.