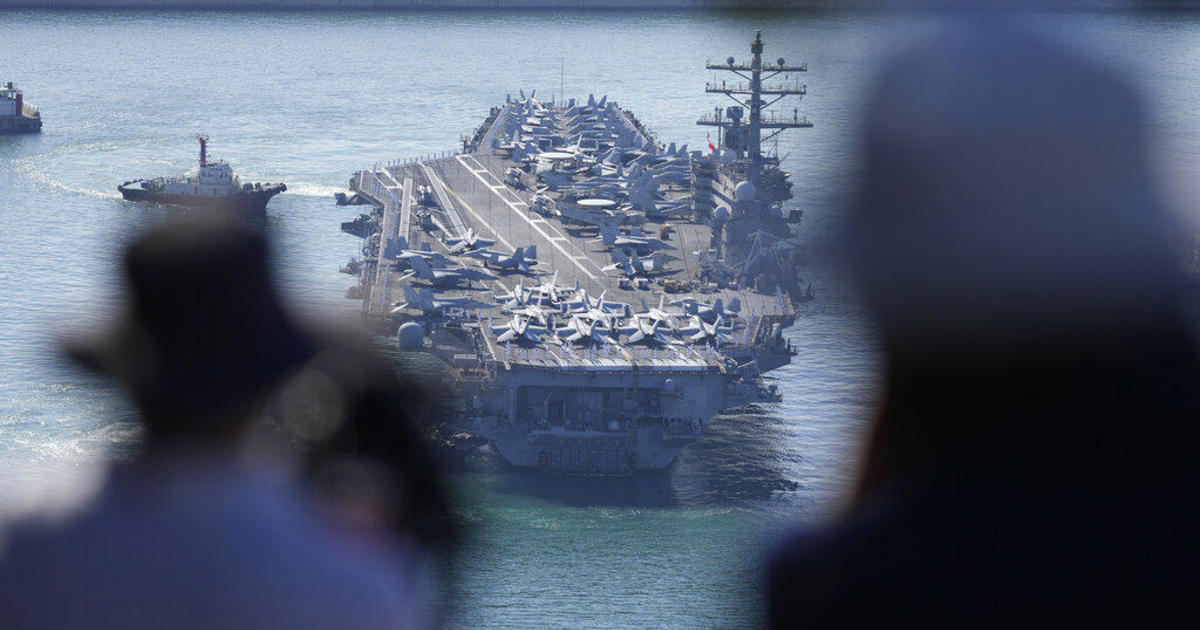 The latest in a string of weapons tests, North Korea launched two short-range ballistic missiles on Sunday into its eastern waters, only one day after warning that the redeployment of a U.S. aircraft carrier close to the Korean Peninsula was escalating regional tensions.

The Joint Chiefs of Staff of South Korea said in a statement that it had seen two missile launches from the eastern coastal city of Munchon on Sunday between 1:48 and 1:58 a.m. Additionally, it said that South Korea’s military closely coordinates with the US military and has increased its monitoring posture and preparedness.

Toshiro Ino, the vice minister of defense for Japan, verified the launches as well, calling Pyongyang’s testing actions “completely unacceptable” since they jeopardize both domestic and international peace and security.

According to Ino, the weapons may be ballistic missiles fired from submarines.

The notion that the missiles may have been fired from the water is being considered as part of our ongoing analysis of the missile’s specifics, Ino stated.

Because it is more difficult to predict such launches in advance, North Korea’s pursuit of the capacity to launch missiles from a submarine would be a worrying development for its adversaries. The latest submarine-launched missile test by North Korea is thought to have occurred in May.

The missiles, according to the South Korean and Japanese forces, went around 217 miles and peaked at 56 to 60 miles before crashing into the oceans between the Korean Peninsula and Japan.

Separately, Japanese Prime Minister Fumio Kishida gave authorities orders to compile and examine all available data and swiftly communicate any public updates about the testing. In addition to preparing for any emergencies, his administration said that it was working to secure the safety of all ships and planes in the seas around Japan.

According to South Korea’s presidential office, National Security Director Kim Sung-han convened an urgent security meeting following the launches where participants reviewed the South’s defense readiness and talked about ways to improve collaboration with the US and Japan to counter the North Korean threat, which is escalating.

Seoul cautioned that Pyongyang’s repeated provocations would degrade its economy and people’s standard of living, furthering its isolation from the rest of the world and the “instability of the government.”

The launches didn’t present any imminent danger to American citizens, American interests, or American allies, according to a statement from the U.S. Indo-Pacific Command. However, it said that the launches demonstrate “the destabilizing effect” of North Korea’s illegitimate WMD and ballistic missile programs. It said that American pledges to Japan’s and South Korea’s defense were “ironclad.”

Following the conclusion of two days of naval maneuvers off the east coast of the Korean Peninsula by the United States and South Korea, the North conducted its seventh round of weapons testing in the previous two weeks with the launch.

The nuclear-powered aircraft carrier USS Ronald Reagan and its battle group participated in the exercises. They had previously trained alongside South Korea and had left the region last week when North Korea flew a potent missile over Japan.

This year, North Korea has fired more than 40 ballistic and cruise missiles in more than 20 distinct incidents, taking advantage of a rift in the U.N. Security Council that was exacerbated by Russia’s invasion of Ukraine to advance its military capabilities.

The launch of a nuclear-capable missile last week, which soared over Japan for the first time in five years, was one of the record-breaking number of tests. It is thought to have gone between 2,800 and 2,860 miles, which is far enough to get it to Guam in the U.S. Pacific and beyond.

The Reagan’s redeployment was having a “considerably enormous negative splash,” according to a Saturday warning from North Korea’s Defense Ministry. In response to menacing military exercises between South Korea and the US, the ministry described its most recent missile testing as a “legitimate retaliation.”

North Korea views joint military drills between the United States and South Korea as a practice for an invasion and is particularly sensitive if such exercises include critical American assets like an aircraft carrier. North Korea has claimed that the U.S. nuclear threats drove it to undertake a nuclear weapons program. Officials from the United States and South Korea have consistently said that they have no plans to strike the North.

According to South Korean officials, Pyongyang may soon step up the pressure by launching an intercontinental ballistic missile or detonating a nuclear test, continuing a long-standing pattern of creating diplomatic crises through the conduct of weapons tests and threats before engaging in negotiations aimed at securing concessions. Provocations at the sea and land boundaries between the two Koreas are another worry.

The launches on Sunday coincided with the 77th anniversary of the founding of the Workers’ Party, which rules North Korea.

Other nuclear-capable ballistic missiles that can reach the U.S. mainland, South Korea, and Japan were tested by North Korea earlier this year.

The North Korean leader, Kim Jong Un, seems to have little interest in establishing diplomatic relations with the United States and instead is concentrating on building up his military. Some experts, however, believe that Kim would eventually seek to use his highly developed nuclear program to extract greater concessions from the outside world, such as the acceptance of North Korea as a legitimate nuclear state, which Kim believes is necessary to obtain the lifting of crippling U.N. sanctions.

South Korean authorities recently said that North Korea was ready to conduct its first underground nuclear test since 2017 as well as test a new liquid-fueled intercontinental ballistic missile and a submarine-launched ballistic missile.