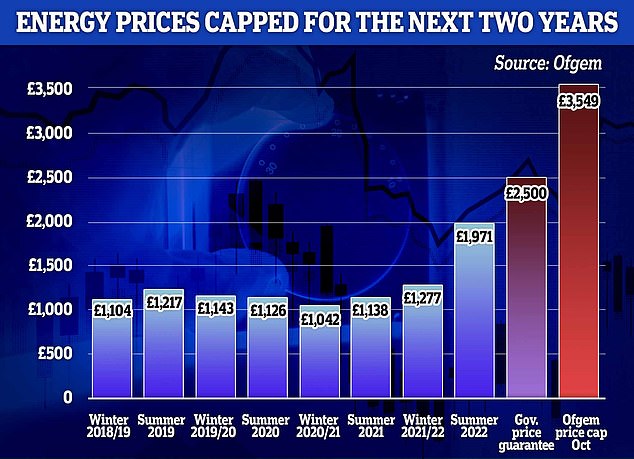 A British energy firm is providing free electric blankets to homeowners in an effort to alleviate the financial strain created by growing energy rates and the cost-of-living problem.

Octopus Energy is providing 10,000 energy-efficient electric blankets to the most disadvantaged and needy homes in the United Kingdom.

The energy company told MailOnline that heating a home costs approximately £4.70 per day, whereas operating an electric blanket costs less than 3p per hour.

Octopus Energy asserts that the blanket program will save customers £300 on their energy costs, or approximately 19% on average.

After hearing from hundreds of customers who are “worried and struggling to pay their payments this winter,” the company decided to start the program.

Octopus Energy asserts that using electric blankets is the single most cost-effective way for many individuals to stay warm.

Octopus Energy is providing 10,000 energy-efficient electric blankets to the most disadvantaged and needy homes in the United Kingdom.

Customers of Octopus Energy will be prompted to fill out an online form to request a free electric blanket. The blankets will be distributed to those in most need.

Octopus Energy stated that blankets will only be distributed to individuals who will benefit most from them, such as senior persons who may be more immobile or those with specific medical issues or chronic illnesses that render them immobile, very ill, or chilly.

Those who do not qualify for the free blanket can apply for a 50% supplier discount voucher to be used on a Dreamland electric blanket and mattress pad. The company stated that 5,000 codes are available.

Every day, we communicate with over 30,000 clients, so we are aware that many individuals are anxious and trying to pay their expenses this winter. Rebecca Dibb-Simkin, chief product officer of Octopus Energy Group, stated, ‘We’re doing everything possible to mitigate the effects of the crisis on people.’

“We began delivering electric blankets to customers who qualified for our financial assessment program after one of our scientists emphasized the energy efficiency of “heating the human, not the home” – particularly for those with limited mobility.”

Customers of Octopus Energy can apply for the program online.

Octopus Energy asserts that the blanket program will save users £300 on their energy costs, or 19% on average.

The company claimed that heating an entire house costs approximately £4.70 per day, whereas an electric blanket costs less than 3p per hour to run.

Last year, the company sponsored a similar sale and donated 8,000 blankets to those in need.

Octopus Energy said that, according to data from the previous year, the program lowered the average customer’s bill by 19%.

Ms. Dibb-Simkin noted, “This analysis demonstrates just how much of a difference it makes; with savings of £300, this may be the single most important thing many people can do to affordably stay warm in these difficult times.”

“This crisis is genuine, but with the government’s welcome support package, energy businesses can do a lot to help, and Octopus will be persistent in its efforts to discover ways to assist.”

On October 1, the typical household’s annual energy costs increased from $1,970 to $2,500. The government capped the unit price of electricity at £2,500 to prevent it from increasing to £3,549 this month.

The announcement of Octopus Energy’s plan coincides with a massive spike in demand for electric blankets and heated mattress toppers.

Fabio Perrotta, Director of Buying at Dreams, stated, “The increase in demand is perhaps unsurprising, as utilizing an electric blanket or heated mattress topper can really assist to keep you warm during the winter months.”

Typically, Dreams sees sales of electric blankets increase during the beginning of autumn, but the firm reports that interest increased significantly sooner and at a greater rate this year – compared to past years.

Do not use a tumble dryer, take a four-minute shower, and close your curtains during the day: Energy-saving recommendations from experts that may shave nearly £500 off your monthly bills

Submitted by Mark Duell for MailOnline

In light of lingering concerns about rising energy costs this winter, the government is opposing efforts to encourage individuals to limit their gas and electricity consumption.

But there are other strategies you may attempt at home to save money, such as lowering the boiler’s flow temperature and not using the tumble dryer.

According to the National Grid, the likelihood of blackouts in the next months remains ‘unlikely’ despite warnings of an increased danger.

Liz Truss stated that expanding energy output in the United Kingdom is important to prevent future crises as she sought to convince the British public that “we will survive this winter.”

In order to assuage homeowners’ concerns, Octopus specialists have compiled a list of eight tips that, according to them, may save households an estimated £488 each year.

The energy company reports that its recommendations helped clients save almost £5 million on their bills last winter. Here, we examine what it claims you can do to reduce your monthly expenses:

Octopus suggests that the boiler’s default flow rate, which determines the water temperature as it exits the unit, is typically too high and can be lowered.

According to experts, lowering a combi boiler’s temperature to 50C for heating and 55C for hot water may save £70 annually.

DO NOT Use Your Clothes Dryer

According to the Energy Savings Trust, drying your clothes on a clothesline or clothes horse instead of using a tumble dryer could save you £60 per year.

According to Octopus, you could save £45 annually by sealing draft-causing gaps around doors and windows to prevent energy loss. A thermal camera or the back of your hand can be used to detect drafts.

Using your thermostat as an on/off switch or energy booster might lead to increased gas waste.

By decreasing shower duration to four minutes, a typical household might save £70 per year.

According to the Energy Savings Trust, switching to LED lightbulbs when it is time to replace bulbs can save between £5 and £13 per bulb each year. According to experts, you may save an additional £20 per year by turning off the lights when you leave a room.

An 80mm-thick jacket for your hot water cylinder might save you £35 per year, according to experts. A foam tube can also be utilized to insulate hot water lines that are exposed.

Additionally, drawing your curtains before to dusk will help your home retain more heat while using less electricity.

»10,000 electric blankets will save Octopus Energy consumers £300 on heating bills«