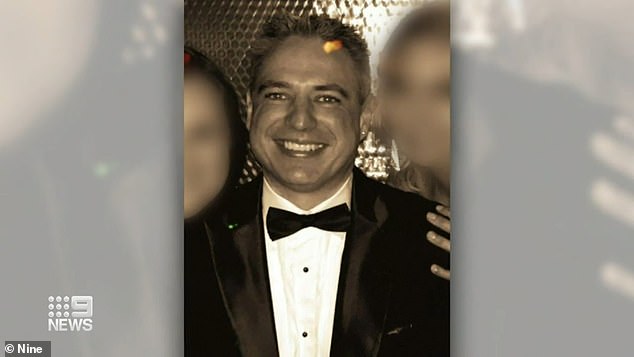 Simon Luebbers covertly recorded a lady and later an adolescent girl as he prosecuted Victorian sex criminals in order to satisfy his own sexual desires.

The 44-year-old former police prosecutor received a three-year sentence on Thursday after entering a guilty plea to charges of stalking, using and having child abuse materials, and disseminating illegal materials.

Three years after he joined Victoria Police, the crimes started.

At Moorabbin Magistrates Court, where he will serve at least the next two years in prison, Luebbers was brought into custody right away.

Magistrate Luisa Bazzani referred to Luebbers’ crimes as “heinous” and “deviant,” including surreptitiously photographing a teenage girl in her bedroom as she undressed last year.

She said that it had no other purpose but to satisfy your own rapacious need for sexual fulfillment at the expense of the wellbeing and healthy development of a kid.

In a “sad irony,” according to Magistrate Bazzani, Luebbers violated the community’s confidence by committing the offenses while serving as a judge.

She told the court, “While you seemed to be performing commitments to maintain and safeguard the community, you were engaging in disgusting criminal conduct.”

She described his actions as “breathtakingly deceptive, premeditated, and tragic” for filming a lady in the shower without her consent, then converting the seven recordings into more than 1000 photos and posting them online.

The victim earlier said to the court, “I have to live with the reality that they are out there someplace on the internet and they’re out there forever.”

The offence, which started in 2005, was perpetrated by Luebbers, a police prosecutor who spent 20 years working for Victoria Police.

According to his lawyer Tom Acutt, Luebbers also served in a supervisory capacity for Victoria Police, where he educated attorneys and assisted 150 of them in obtaining certification.

Mr. Acutt said that Luebber’s life had been “stripped bare” as a result of losing his job, his friendships, and exposure to considerable public attention due to the offense.

He said that his client was repentant and needed therapy for a sexual condition.

Leubbers allegedly planted a clandestine camera in a lady’s bathroom and recorded her while she bathed over a period of years, maintaining the covert recording even after the woman changed homes, the court heard on Wednesday.

The seven intimate recordings, which were shot between 2005 and 2010, were afterwards edited by the 44-year-old former Victoria Police prosecutor into more than 1000 still photos and eight condensed clips, which were sent to other males.

Years later, in September 2021, Luebbers snuck a spy camera into a young girl’s room and secretly recorded her in different undresses. He then converted the films into files and saved them on his phone.

When he was detained in March of this year, he attempted to escape the police by running out a grocery store’s back door and into a laneway. There, he was tackled by policemen and put into prison.

Leubbers was invited to appear in the courtroom in front of his two victims and scores of their supporters on Thursday as Magistrate Bazani delivered the punishment to him.

Magistrate Bazzani ordered, “Take him into arrest right now,” and then he was handcuffed and led away by police.

Due to the seriousness of his offense and because it was a violation of trust given his previous position as a police prosecutor, prosecutor Anne-Marie Stephanidies had previously requested that the court sentence Luebbers to immediate prison time.

According to Ms. Stephanidies, “the community expects of trusted individuals, judicial officials, establishes a greater responsibility of care than the normal member of the community.”

Leubbers will spend 15 years on Victoria’s sex offender registry and will be eligible for parole after completing two years of his sentence.