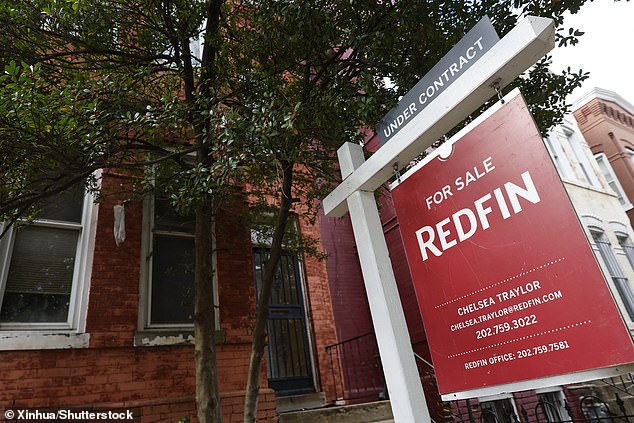 According to recent figures, September’s home sales reached their lowest level ever as a result of rising inflation and 20-year high mortgage rates.

The extent of the downturn, which had been widely anticipated, was revealed by new statistics from Redfin, which boasts of operating the nation’s top real estate brokerage website.

With 499,941 agreements completed compared to 647,413 in September of the previous year, the number of properties sold in September decreased by 22.8% year over year.

The 30-year fixed-rate mortgage’s average national rate was 6.1 percent at that time, up from 2.9 percent at the same time previous year, and it has continued to grow ever since.

According to information provided on Wednesday by the Mortgage Bankers Association, mortgage rates have more than quadrupled since last year and last week reached a 20-year high.

In the second week of October, the 30-year fixed rate increased to 6.94 percent from 6.81 percent the previous week.

Amid the market’s seizing up, Redfin also noted that sellers were reconsidering their decisions: new listings fell by 22 percent last month, setting yet another sad record for the worst decrease in history (excluding the epidemic months of April and May 2020).

According to Chen Zhao, Redfin’s head economist, “The U.S. housing market is at another standstill, but the driving causes are very different from those that prompted the standstill at the onset of the epidemic.”

This time, demand is down because of rising mortgage rates, but prices are being supported by inflation and a decline in the number of individuals who are selling their houses.

Many Americans are choosing to remain put since they moved before and took advantage of the pandemic’s record-low mortgage rates, so they have no motivation to do so again.

In September, the median house price in the United States increased by 8% on a yearly basis to $403,797.

In New Orleans, where costs decreased by 5.7 percent, there were the largest drops.

Oakland and San Francisco, both in California, came in second and third, respectively, with losses of 2.1 and 1.9 percent.

More than two-thirds (67.8%) of houses listed for sale in Boise, Idaho, witnessed the largest metro-wide price decreases in September.

The largest increase in pricing was in El Paso, Texas, where the average price increased by 23 percent to $245,950.

Zhao said that he expects market conditions to deteriorate before improving.

The Federal Reserve would probably keep raising interest rates as long as inflation is still out of control, Zhao said.

That suggests that the key inhibitor of house demand, high mortgage rates, may not start to drop until early to mid-2023.

In San Francisco, a typical American family can afford a 753 square foot, one bedroom, one bathroom apartment, but under the previous prices, they would have been able to purchase a bigger, more up to date unit.

According to George Raitu, senior economist at Realtor.com, who also noted that sales have surged in the Midwest and Northeast, homebuyers are now relocating away from those pricey locations.

For instance, a typical family might afford a 1,000 square foot, two bedroom apartment in Chicago, yet they could buy a four bedroom home in Portland, Maine.