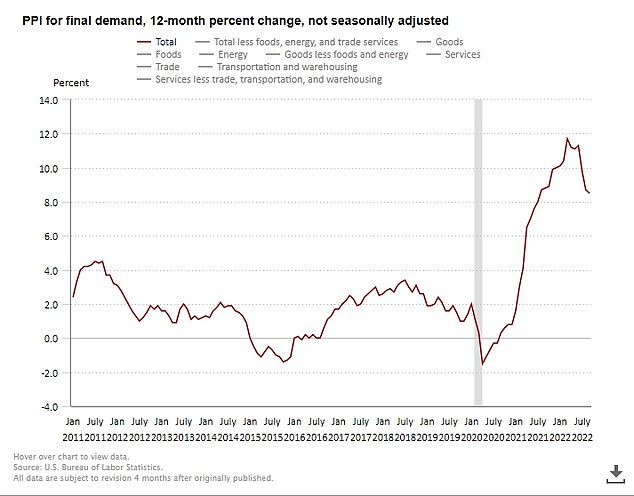 Despite a drop from recent heights, wholesale inflation in the US increased by 8.5 percent in September from a year earlier, showing that firms are still having trouble keeping up with rising expenses.

The Labor Department said on Wednesday that the producer price index, which gauges inflation before it reaches consumers, increased by 0.4 percent from August to September, mostly due to higher food and energy costs.

Even as the Federal Reserve fights to control rising prices, the index’s yearly rise of 8.5 percent was a further fall from the all-time record high of 11.7 percent recorded in March. However, it still above historical norms.

The newly released information was released the day before the highly anticipated release of the September consumer price index report, which is projected to show another decline in overall inflation but a likely increase in core inflation, which excludes the cost of food and energy.

»US firms are still struggling to keep up with increasing costs«