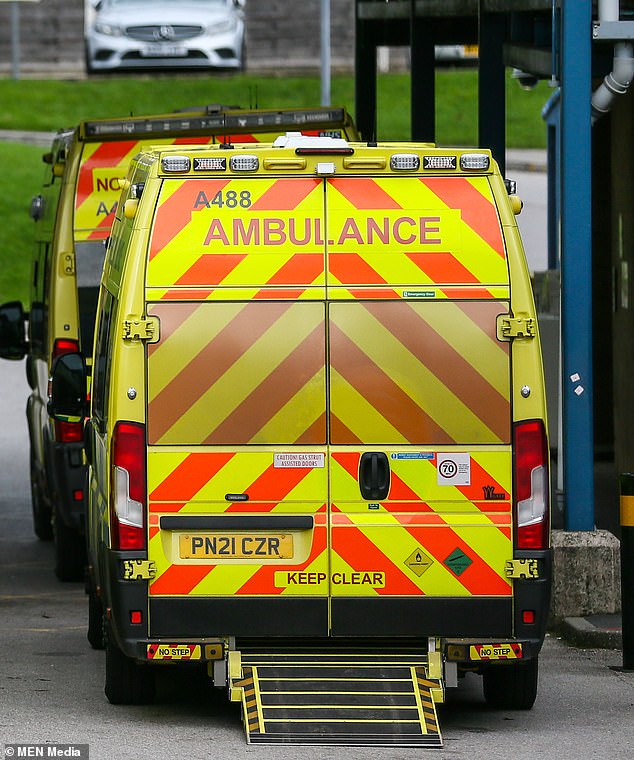 Union employees throughout the nation, including those working in the hospital sector, are threatening to strike over longstanding salary conflicts, and Britain is preparing for a winter of unrest as a result.

As widespread unhappiness continues to affect many facets of the economy, paramedics, nurses, and midwives are among the most recent groups to vote on whether they would go on strike this winter.

15,000 ambulance workers from 11 NHS trusts in England and Wales will vote on going on strike today in protest of a wage increase that is below inflation.

Members of the GMB Union contend that the four percent pay increase imposed by the government was “another enormous real terms wage decrease.”

The possibility of strike action inside the NHS is only the most recent in a string of walkouts that have paralyzed the nation throughout the summer and fall.

Today, 560 dock workers at the Port of Liverpool, one of the largest ports in the UK, started a new two-week strike following failed negotiations over an ongoing salary dispute.

The port personnel initiated action last month, claiming that an increase in wages of just 8.3 percent would result in a decline in living standards since inflation had reached 12.3 percent.

The Liverpool dock’s operator, Peel Ports, stated that the new offer was “the greatest percentage rise of any port in the UK”; nevertheless, the Unite union denounced the plan as a “farce.”

The most recent round of negotiations to settle the conflict, according to union leaders, ended in “chaos,” and they said that their members were aware that Peel Ports could “afford an appropriate rise.”

The settlement reached between Unite and top management was subsequently revoked by the board, according to Sharon Graham, general secretary of Unite.

We will proceed with our members’ strike action.

The average annual income would grow to £43,275 thanks to this increase, which is by far the biggest proportion of any port company in the UK.

The strike occurs in the midst of rising inflation rates and a persistent cost-of-living crises, which have forced many people throughout the nation into fuel poverty.

In response to the Government’s salary increase for healthcare workers that is below inflation, nurses and midwives are among the unions planning to go on strike in the next months.

On Thursday, a vote for the Unison strike involving 400,000 NHS employees in England, Scotland, and Wales will begin, while a poll for members of the Royal College of Midwives in Scotland will end.

The poll for the 300,000 members of the Royal College of Nursing (RCN) will end on Tuesday, November 2.

Industrial action might start as early as November 11 if the midwives union decides to strike.

Before voting began today, acting GMB national secretary Rachel Harrison said: “Ambulance workers don’t do this lightly, and this would be the largest ambulance strike in 30 years.”

However, the cost-of-living issue combined with more than ten years of salary cutbacks have left employees struggling to make ends meet.

“They need help badly.” At least as important to pay is patient safety in this situation.

“This is far more about patient safety, at least as much as it is about money,” Ms. Harrison said.

‘Due to delays of up to 26 hours and the 135,000 open positions in the NHS, a third of GMB ambulance workers believe that a delay they were a part of caused a fatality.

“Ambulance personnel have been warning the government that conditions are hazardous for years. The audience is silent. What are their options left?

The RCN has demanded a fully financed pay increase of 5% over inflation, describing the Government’s 4% wage offer as a “national shame” earlier this year.

Employees of Royal Mail, BT, and Openreach throughout the nation staged a mass walkout last week in protest of wages and working conditions, sparking the start of one of the year’s largest strikes.

With 18 planned walkouts between October and December, more than 40,000 members of the Communication Workers Union (CWU) have already participated in recent weeks of strike action.

In response to a protracted disagreement over wages and working conditions, members of the Rail, Maritime and Transport union (RMT) are also launching more actions.

Travel plans on November 3, 5, and 7 will be impacted by another strike by 14 railway operating firms.

Members of the RMT who work for Network Rail, London Underground, and London Overground are included in this.

It is anticipated that train companies will operate 20% of their services; some will cut down on services, while others want to shut lines.

‘We admire the hard work of NHS employees and are working hard to assist them,’ a Department of Health and Social Care spokeswoman said in a statement before to probable strike action inside the NHS. ‘This includes offering over one million NHS workers a pay boost of at least £1,400 this year.

“Unions should carefully evaluate the possible effects on patients before taking industrial action.