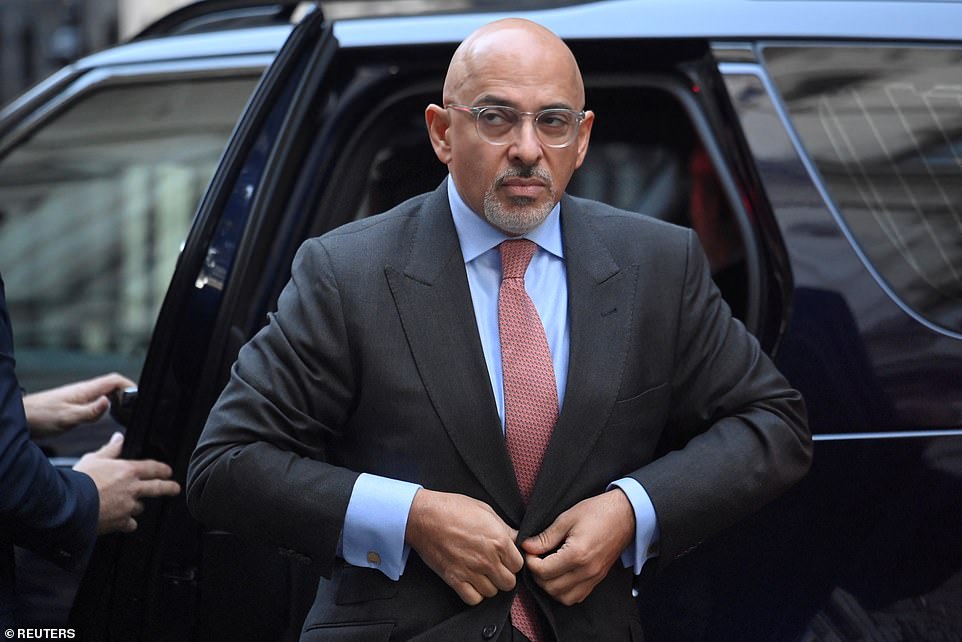 Liz Truss is struggling to hold on today as she faces her Cabinet after finally apologising for the terrible mini-Budget.

With MPs debating whether and how to oust her in the aftermath of Jeremy Hunt’s astonishing dismantling of her key economic plans, the PM is in for another trying day.

After obstinately refusing to apologize when she fired Kwasi Kwarteng on Friday, Ms. Truss finally did so last night in a BBC interview, acknowledging that she had made “mistakes” and gone “too far, too quickly.” The premier swore to lead the party into the next election while exuding nervousness.

She delivered a similar speech yesterday night to the One Nation group of MPs. However, Conservatives in attendance likened it to a “corpse giving its own eulogy.”

Senior backbencher Simon Hoare cautioned this morning that, with Labour leading by 36 points in the polls, the party could need to concentrate on “avoiding a landslide loss.”

James Heappey, the defence minister, argued that Ms. Truss had apologized more immediately than Boris Johnson, but he also hinted at future difficulties by cautioning against attempts to reduce military spending.

Ms. Truss will address the right-wing ERG group this evening after trying to placate her centrist MPs, many of whom are upset that tax cuts were abandoned.

Much will depend on the approach that Graham Brady, the influential 1922 head who saw Ms. Truss yesterday, takes. There are rumors that he intends to postpone taking any action until the Budget on October 31. At that time, the Chancellor is predicted to present a horrifying menu of £40 billion in expenditure reductions.

With homes now facing £5,000 energy bills after the government declared its two-year “guarantee” would really expire in April and the tax burden on the increase to its highest level since 1950, MPs are becoming more anxious about the possibility of voters rendering their judgment.

Liz Truss said she had gone “too far and too quickly” in her remarks after the demise of her tax-cutting development plans by the incoming Chancellor Jeremy Hunt.

She told the BBC, “I want to assume responsibility and express sorry for the errors that have been done.” “I was anticipating it to be challenging, and I think it’s fair to say that it has been tough.”

Earlier, Mr. Hunt axed “virtually all” of the Prime Minister’s signature tax cuts in a remarkable five-minute televised announcement in an effort to convince the financial markets that the Government was serious about balancing the budget.

Do what is required to ensure economic stability, he urged, adding, “We are a nation that keeps its commitments and pays its obligations.

“The Government will take the tough choices required to guarantee that there is trust and confidence in our national finances when that is questioned, as it has been.”

According to a Downing Street insider, the Prime Minister has a “critical 24 to 48 hours” to hold onto her position.

Last night, Mr. Hunt begged rebels not to increase unrest by toppling the PM and urged with lawmakers to “give her a chance.”

Cabinet supporters worry that she may be driven out if she doesn’t make a strong case in the next few days for why she should be allowed to stay.

She has to demonstrate to people that she has the ability to resolve the problem she has created, and so far, she is very far from achieving that, according to a senior Tory.

By the end of this month, Mr. Hunt, who some Conservative MPs called “the de facto PM,” warned that more “eye-wateringly tough” tax increases and budget cutbacks amounting to up to £40 billion would be required.

Additionally, he announced that the two-year energy price “guarantee” would now only continue for six months, dealing a devastating blow to millions of families and companies.

As the Chancellor shredded her ideas, Commons Leader Penny Mordaunt refuted claims that the PM was the victim of a “coup.”

She also made the House giggle when she maintained Miss Truss wasn’t hiding “under a desk” to evade MP scrutiny.

Tory shop steward Sir Graham allegedly informed the PM that a sizable number of her MPs wanted her removed during a private meeting. However, he is reportedly defying backbencher pressure to alter party rules that bar a formal challenge for a year.

Mark Garnier, a former minister, said that Ms. Truss was “in office but is not in power,” adding that the decision was whether to give her a chance or take off the plaster.

Sir Edward Leigh, who supported Miss Truss for the leadership, cautioned that the UK may “slip into a second-rate economy” if her tax-cutting strategy was abandoned.

After a little over a month in office, there is still talk that the prime minister would leave or be removed.

Some have said that Rishi Sunak and Penny Mordaunt may negotiate a compromise to usurp the leadership of their erstwhile competitor.

Mr. Sunak, who finished second to Ms. Truss in the Conservative leadership race last summer, is said to have discussed a “tacit” idea that he may take over the role of her Chancellor with a significant Mordaunt supporter. Mr. Sunak refuted the allegations.

According to a source, Rishi wants the party to unite like everyone else and is totally committed to his job in his constituency.