Skip to content
Home » News » News » Top Executive who lost his job due of cancer-related steroids is awarded £2.5 million 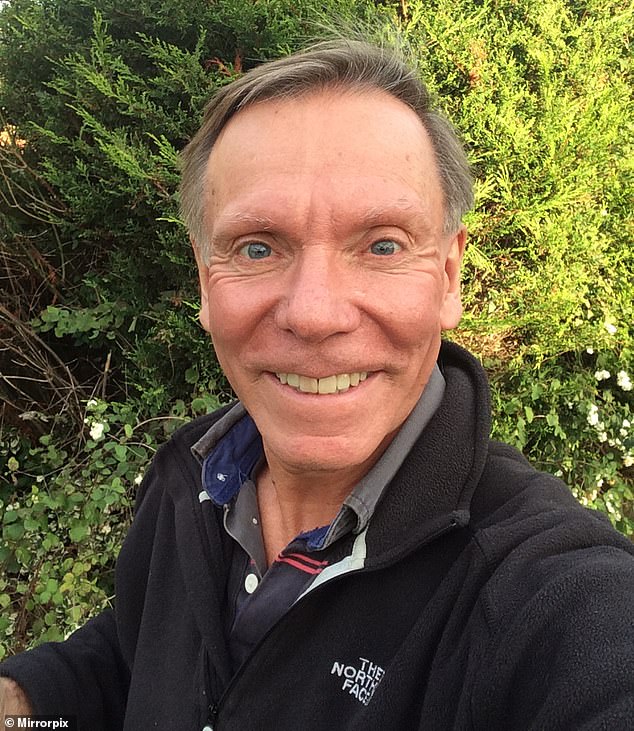 A senior executive who lost his job because the steroids he was taking for a condition that turned out to be cancer impaired his behavior at work has been awarded a £2.5 million settlement.

David Barrow wrote his employer a “difficult” email complaining about how he was being handled by the firm while experiencing the negative effects of the medicine he had been given for a skin issue.

He wrote another note two days later, this time attributing his outburst to the potent medicine.

Later, he recalled how the steroid had made him feel as if “all my emotions were overflowing” and that his brain felt “like a pressure cooker.”

However, after more than 35 years with the company, his managers at US construction and engineering giant Kellogg Brown Root (KBR) decided they wanted to fire him and gave him 20 minutes the next month to clean his desk at their Leatherhead location in Surrey.

Father-of-two Mr. Barrow, who was later diagnosed with cancer, successfully sued the company for discrimination against people with disabilities and wrongful termination.

And in a recently released decision, an employment tribunal gave him one of the largest-ever discrimination verdicts totaling more than £2.5 million in compensation

According to testimony given in the South London court, Mr. Barrow began working at KBR in 1980 and was a project director at the time of his termination.

He was regarded by the panel as “hugely ambitious and motivated” and “difficult” and was a member of the senior management team located in the UK.

He saw his GP about a “increasingly alarming” skin redness and itching in September 2017, according to the tribunal, and was given prescriptions for antifungal treatment, anti-inflammatory cream, and antihistamine pills.

He spoke with his employer Andrew Barrie three days later because the latter was worried that he had shared unfavorable views about the company with other team members.

The next month, Mr. Barrow went to a skin specialist visit where his ailment was first diagnosed as an acute case of hives brought on by a virus.

‘Unfortunately, while the lymphocytes might possibly be a sign of malignancy, the possibility of early detection was hidden by the viral illness,’ the tribunal heard. Mr. Barrow was given prescriptions for severe anti-inflammatory drugs and steroid skin cream.

The next month, Mr. Barrow received a two-week prescription of the potent oral steroid Prednisolone due to his health “rapidly worsening” and “rampant” dermatitis.

The tribunal concluded that “by Monday, November 6, 2017, the Prednisolone had built up in the Claimant’s system and had begun to influence his behavior.”

He had trouble sitting still when he needed to focus since he was so animated and lively.

His secretary expressed worry for his wellbeing and repeatedly advised him to relax and take things easy during the course of the week.

By the weekend, the tribunal determined that prednisolone, which had been administered for more than ten days, was having its “full impact” and had “seriously altered” Mr. Barrow’s emotions and mental condition.

According to testimony given to the panel, he was furious that his supervisor, Mr. Barrie, had not given him a sizable salary raise in exchange for a recent promotion and felt “victimized, treated unjustly, and devalued.”

Mr. Barrow described his brain as being “like a pressure cooker with all my emotions” in a written testimony before the tribunal. He said that he had chosen to write Mr. Barrie to express his feelings.

He said he was aware that it was bad to send any type of “difficult” email in a hurry, but the tribunal heard that his anxious condition prevented him from using his normal professional self-control or rationality.

He made a commitment to send the email before the day was through, and he worked late into the night to complete it.

Mr. Barrow complained to Mr. Barrie about a number of things in the three-page letter, including his underpayment, the lack of recognition for his services, and the denial of a “significant” promotion.

A senior management encouraged Mr. Barrow to seek medical attention in response to his email.

I have been aware that the medications have had an impact on my overall demeanor, including greater energy levels and more emotional reactivity, he said.

He continued by acknowledging that he could display “strange behavior.”

The corporate doctor evaluated Mr. Barrow, according to the tribunal, and gave him the go-ahead to resume working once he stopped using the steroids.

At the beginning of December, however, he met with Mr. Barrie and left the meeting upset. He then sent him an email to convey his dissatisfaction in not being able to discuss his goals and aspirations for the next year.

The HR director Tim Rosbrook called him in for a meeting four days later and said, “These meetings are always unpleasant, but I’m afraid KBR can no longer employ you.

To preserve your dignity, “I will walk you to your office, and you may have 20 minutes to tidy up and gather your personal belongings.”

The court was informed that Mr. Barrow then took his last leave of absence and began treatment in March.

The corporation initiated an inquiry after he departed, according to the tribunal, and it was decided in April of the following year that the company had lost faith in him and had fired him as a consequence.

The tribunal, presided over by Employment Judge Tony Hyams-Parish, determined that the reason for his termination was a “ruse” and that he had been fired unjustly.

The court’s ruling said that Mr. Barrie had made up his mind to have Mr. Barrow leave, and the most expedient way to do this was to disguise it as a breach of trust and confidence.

No fair employer would have handled the dismissal of an employee after 36 years of service, according to KBR.

In respect to the emails he had sent, the tribunal also supported Mr. Barrow’s allegation of disability harassment.

They were composed when he was still experiencing side effects from the prednisolone his doctor prescribed. The tribunal acknowledges that if he had not been using prednisolone, he would not have written either email in such harsh words.

The panel could see that both of these communications had an impact on Mr. Barrie’s choices.

It was also determined that the company had created a “intimidating, hostile, degrading, humiliating or insulting atmosphere” for Mr. Barrow when it deemed it “inappropriate” for him to skip meetings relating to the firing process because he was receiving cancer treatment.

‘KBR respects the court’s decision and is committed to conducting its business honestly and with integrity,’ the company said in a statement to the Daily Mirror.

“We continue to be committed to continuously improving our procedures, fostering an environment where our workers feel valued and appreciated, and reiterating that we do not allow any type of discrimination,” the statement reads.

»Top Executive who lost his job due of cancer-related steroids is awarded £2.5 million«