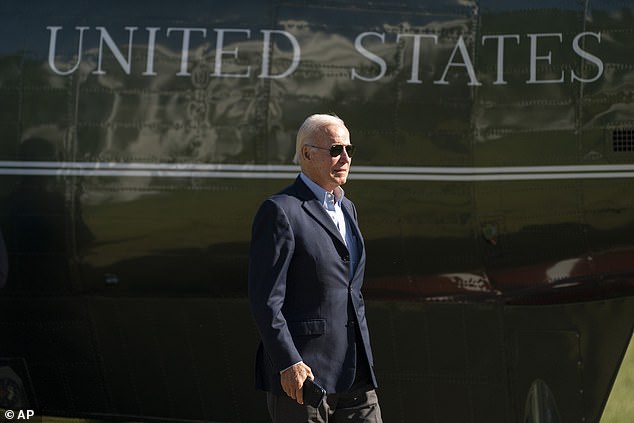 Tim Ryan, a Democratic Senate candidate from Ohio, said on Monday night that he has made it “extremely obvious” that he opposes President Joe Biden’s bid for reelection.

“No, I was quite explicit. A shift in the generations would be welcome. Donald Trump, Mitch McConnell, the president—everyone. ‘We need a new generation of leaders,’ Ryan said during the Senate debate with J.D. Vance, a Republican opponent.

Ryan had hinted that he wasn’t a fan of Biden 2.0 back in September.

I believe it’s time for a generational shift, according to my sense, and we need fresh leadership from both Democrats and Republicans, he added.

But he seemed to hesitate a bit when the president was present at an event in Ohio.

Vance and Ryan traded barbs for an hour during the discussion, with Ryan—who has served as a representative for the Youngstown region for more than 20 years—calling Vance, the author of Hillbilly Elegy, a political zealot and a Silicon Valley conman.

Ryan referred to Vance’s persistent support of former President Donald Trump, whom he had previously criticized during his 2016 presidential campaign, and stated, “Ohio needs an a** kicker, not an a** kisser.”

Trump claimed that Vance was “kissing my a**” for support during a rally in Ohio last month.

“We need leaders who have the guts to take on their own party, and I’ve demonstrated that,” Ryan said. “The prior president labeled him an a**-kisser.”

Vance continued to back Trump despite all of his legal issues.

Nothing I’ve seen implies that the president of the United States should be imprisoned, Vance added.

He wasn’t as optimistic about Mitch McConnell, the leader of the Republican Senate, maintaining his position.

When asked who should be the Senate Republican leader, he said, “Whoever runs.” “Mitch McConnell will probably run, but if someone else does, we can have that talk.”

Ryan seemed unenthused about other prominent Democrats in addition to Biden.

At one point, he disputed the vice president’s claim that the southern border is secure, saying, “Kamala Harris is simply incorrect on that.”

Additionally, he made no mention of whether he would support Chuck Schumer as the leader.

Vance received a beating from the Democrat for repeating Trump’s falsehoods about his victory, contributing to the insurrectionists’ legal defense, and running joint campaigns with and backing certain Republican Party members.

Who hangs out with Florida Governor Ron DeSantis, who wants to outlaw books? Who is traveling with Lindsey Graham and advocating for a federal ban on abortions? Ryan said to Vance, “You’re hanging out with the most insane politician in America, Marjorie Taylor Greene.

Ryan said, “That’s why I’m running—to stand up for the weary majority—Democrats, Republicans, and independents—against the radicals.

When Ryan botched an attack line about how Vance had made investments in China, Vance said, “So your consultants gave you this line and you don’t really know it.”

Another occasion, Vance likened professional politicians to “toddlers,” adding that they accuse others of doing things that they often engage in themselves.

“I won’t apologise for working tirelessly for 20 years of my adult life to try to aid one of Ohio’s hardest-hit economic areas. Ryan fired back, “And committed my life to aiding that region’s recovery.” “JD, you traveled to California and were eating cheese and sipping wine.”

I respect the spirit of service, Vance said in response. The inability to achieve is something I don’t appreciate. Take a look at how Youngstown has performed under your direction. What I don’t appreciate is that.

A significant portion of the first part of the discussion was devoted to the topic of abortion, with Ryan stating his desire to reinstate Roe v. Wade and Vance maintaining his pro-life stance.

Vance claims that if Democrats had guarded the border, the 10-year-old Ohio girl who had been raped wouldn’t have been compelled to get an abortion in another state.

Do your job in terms of border security; don’t lecture me on viewpoints I don’t genuinely have.

Vance’s viewpoint was deemed “quite extreme” by Ryan.

Ryan said that the man “supports a nationwide abortion prohibition, in which he wants women to acquire a passport and travel to Canada.” “We need to be reasonable about this,” was the message.

You called rape inconvenient, J.D., correct? Ryan questioned, citing stories that implied as much, despite Vance’s campaign claiming that the Ohio Republican’s remarks were misinterpreted. Rape is a serious tragedy, not just an inconvenience.

More generally speaking, Ryan referred to the Dobbs ruling by the Supreme Court as “the worst federal overreach in our generation.”

The two men first discussed the 10-year-old girl who had to fly to Indiana in order to have an abortion. Gerson Fuentes, an unauthorized immigrant, is accused of committing two charges of rape.

Ryan also had to explain why he used to be pro-life but is now an abortion rights supporter.

According to Ryan, “I had some extremely intimate interactions with ladies in Ohio who had had catastrophes and needed abortions for a number of different reasons.” “And I simply realized during the course of these talks that the government has no business in this subject, that this ought to be left to the lady,” the speaker said.

Regarding other social problems, Vance said that he would vote against legislation that would officially recognize homosexual marriage because it would expose religious institutions to legal action.

Both candidates were in favor of relaxing marijuana laws, although Vance cautioned against becoming “soft on crime.”

Vance cautioned, “Oftentimes you’ll hear someone being placed in jail for smoking a joint, but that’s only true on paper.” And if you read the underlying accusation, you’ll notice that it wasn’t simply that they smoked a joint; rather, they did so before beating an old lady over the head with a gun.

Vance said, “Those folks need to go to jail.”