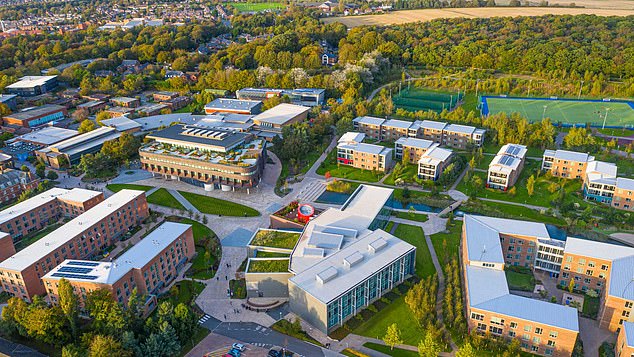 Efforts to increase vocabulary in classrooms, according to a professor at a teacher training institution, are “racist, classist, and ableist.”

The “word gap,” or the linguistic disparity between normal middle class and working class or impaired children, according to Edge Hill University professor in English and education Ian Cushing, has “colonial” origins.

He claims that encouraging kids to acquire standard English “perpetuates racial and class hierarchies” in a research supported by his employers.

On Twitter, Dr. Cushing is a fervent supporter of his views and expresses his “solidarity” with teachers who “fight back” against the “elitist” language standards imposed by the education authority Ofsted.

His findings last night sparked criticism from some academics who said that “dumbing down language” would not assist students. According to studies, a student’s vocabulary significantly predicts their success in school and afterwards. Poor language skills in young children increase the likelihood that they may have trouble reading as adults.

One in ten children need speech and language assistance, while in certain underprivileged communities, more than half of students have communication issues when they first enter school.

In his article for the journal Critical Inquiry in Language Studies, Dr. Cushing argues that attempts to resolve these problems are biased.

It claimed that by attempting to close linguistic disparities, schools were labeling low-income students and members of racial or ethnic minorities as “deficient and constrained” because they “failed to satisfy criteria created by dominant white listeners.”

The report accuses marginalized students and their families of being at fault for their “perceived inability to use the appropriate words” and asserts that popular treatments, such as urging students to talk in complete sentences and use standard English, are “tethered to colonial logics.”

Dr. Cushing also criticizes Ofsted for using words like “language-rich” and “language-poor” families and for propagating the “word gap worldview.”

However, Frank Furedi, a sociology professor at Kent University, asserted: “Dumbing down the language that we expect youngsters to use would accomplish nothing.” Slang-using teachers are essentially abdicating their duty to educate children by treating it as acceptable English.

Studies, according to Exeter University’s Lee Elliot Major, a professor of social mobility, plainly demonstrate that an excessive number of kids—disproportionately those from disadvantaged homes—leave school without the fundamental reading and numeracy abilities.