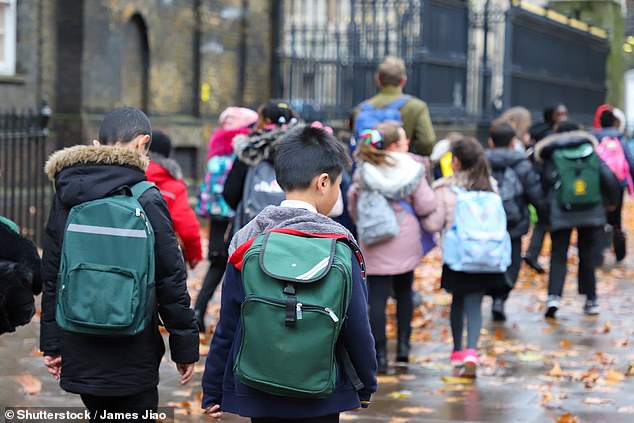 A primary school teacher is suing the school’s governors and the local council after she was fired for refusing to address an eight-year-old student using male pronouns.

After being fired by the school earlier this year, the unnamed teacher filed for a judicial review. The case will be heard in Birmingham’s High Court the following week.

According to The Sunday Times, it is believed to be the first time a teacher has taken such a step.

Using a male name and male pronouns for a student resulted in the year 4 teacher’s suspension last fall because she felt it would be harmful to the youngster.

Before she was fired earlier this year, she persisted in opposing the school’s “transgender affirming” policy, which allowed the youngster to wear a boy’s uniform and use the boy’s restroom.

After agreeing to the child’s parents’ request, the head teacher of the school informed her in September of last year that a student in her next class will be referred to by a boy’s name.

The teacher said in an email to the head that she disagreed with using the child’s preferred name and pronouns because she believed it would be damaging.

She said that their response to her email “flustered” the head: “You have no option; the family has demanded it.” You are acting like a parent.

After the school reported her to the Teaching Regulation Agency, she may now face a permanent teaching ban.

According to the website, the firm represents Christians “who have found themselves in court on account of their beliefs” and works with clients “taking a stance for Jesus.”

The organization has previously hosted rallies about “protecting children from the transgender agenda” and advocates against LGBT rights, including as the government’s proposed ban on conversion therapy.

The local council, the non-profit organization Stonewall, and the Church of England diocese all provided support for the school’s policy.

The instructor had participated in “trans-awareness” training along with other staff members, using resources from Stonewall as well as local council materials given by the council.

The staff was informed by the resources that eight out of ten transgender youngsters become aware of their gender before they graduate from elementary school.

We won’t comment on a matter where legal action is pending, the local council informed The Sunday Times. The wellbeing of every student that attends our school is our first concern.

»Teacher sues school Governor for being sacked over pronouns«