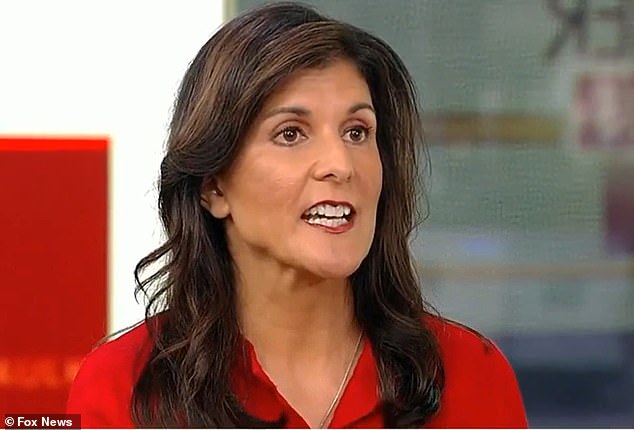 Nikki Haley, a former UN ambassador who is now the governor of South Carolina, has not stopped responding to Sunny Hostin’s remarks calling her a “chameleon” for not using her Indian first name.

Tuesday, Haley called The View’s Hostin a “racist” on Twitter before making a statement about Hostin not using her first name in a FOX News interview on Wednesday.

Sunny is not her name, according to Haley.

“My name is Haley. My birth certificate lists it. I am proud of my Indian ancestry, and my name is of Indian origin. I’ve authored two novels that detail the difficulties my family faced and my upbringing.

Hostin was born Asunción Cummings Hostin; she goes by Sunny since she claims people have a hard time pronouncing her first name.

You won’t see her being fired from that programme, Haley said.

We won’t even see an apology from that programme since they constantly allow leftist minorities to criticise conservative Republicans while doing nothing. This would have caused a riot if it had been stated about a Democrat.

She continued by saying she didn’t think the programme would stop making jokes about her.

The hosts of “The View” have attacked me before, and it won’t be the last time, according to Haley. Liberals may also attack me in other ways. They find it intolerable that a conservative Republican woman of colour is a minority.

In response to cohost Alyssa Farah Griffin’s discussion of potential Republican presidential candidates for 2024, Hostin made her remarks.

She said that she thought there were some competent candidates, provided Trump was prepared to be challenged.

Hostin, however, stopped her co-host at that time and said, “And Nikki Haley, the chameleon, and Liz Cheney who’s now the saviour of—”

The crowd loudly gasped, and Farah Griffin attempted to regain control of the topic by declaring, “I believe Nikki Haley was an extraordinarily successful governor.”

However, Hostin persisted in obsessing with her identity, repeatedly asking her co-host, “What is her true name, again?”

The American ambassador was subsequently defended by Farah Griffin, who retaliated by asserting that “many individuals don’t go by their genuine real names.”

Noting that Haley’s given name is an Indian first name, she continued by saying that she didn’t want to pronounce it incorrectly.

Hostin persisted in bringing up the subject, adding, “You know, I believe if she leaned into being someone of colour —” before her co-hosts stopped her and pointed out that many individuals don’t use their first names.

The co-host of The View said that Haley was concealing her first name, Nimrata, in order to appeal to Republican voters while she continued to justify her remarks against her.

By citing a 2011 remark made by South Carolina state representative Gilda Cobb-Hunter, Haley reiterated this assertion.

According to Cobb-Hunter, “many people in the state don’t think of her at all as Indian.” “They simply assume she’s a good, conservative lady with a tan,” she said.

When they target your name or your appearance, they have no other evidence that you are winning, and I would take that victory any day, said Haley.