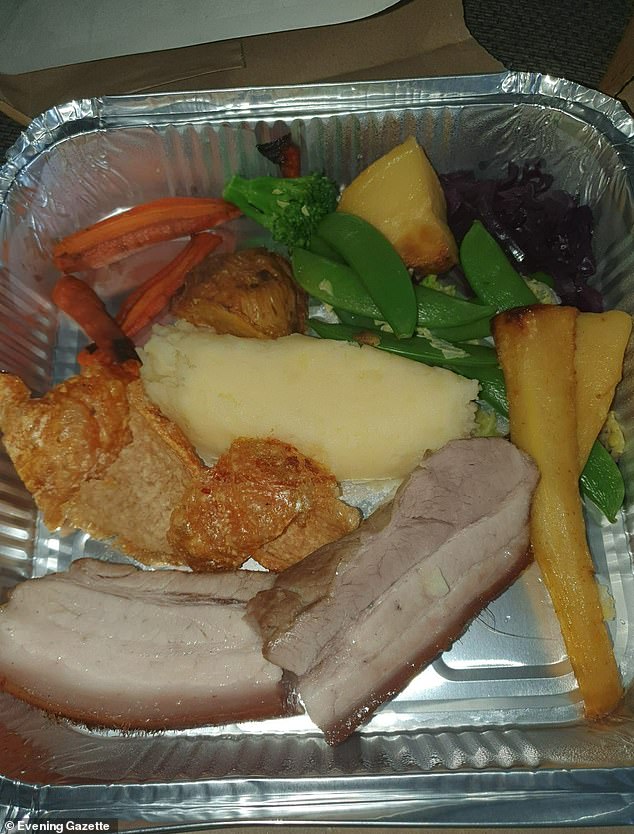 A pub has barred a woman for naming and shaming them on social media after she spent £21 on a Sunday dinner that was pathetic.

Katie Lou tweeted a photo of her rolled pork belly takeout from Hope and Union in Stockton, Teesside, and criticized it as being “cold” and “quite chewy.”

The mother paid £20.83 for the lunch via Uber Eats on Sunday, October 23, and when it arrived, she claims the portion size was extremely little and the food was ice cold.

Katie published a picture of her bland-looking lunch on social media after complaining to the pub, and she has subsequently been banned from the establishment.

Katie Lou complained that the Sunday roast she purchased at the Hope and Union pub in Stockton for £20.83 was “frozen” and “looked like a child’s dinner.”

Katie Lou from Stockton in Teesside lodged a complaint after getting a Sunday supper at the Hope and Union, her neighborhood pub.

posting regarding her food Katie said, “Enraged by this supper!” The pork contains more fat than my arse.

Yes, it is pork belly, which is meant to be fatty, but it was extremely chewy, there was more fat than meat, and everything was chilly.

Never again! I’d rather starve to tell you the truth! Don’t even get me started on portion sizes!

Katie was warned by Hope and Union, “We will not participate in this; it is deplorable.” Our track record for customer service speaks for itself, as do your actions to date.’

The Hope and Union has forbidden the woman from returning to the establishment after she criticized their Sunday supper.

The Hope and Union was one of only three North East venues to reach The Guardian’s selection of the top 30 places for Sunday lunch.

The pub is described on the list as “an unpretentious tavern in an unremarkable location that punches well above its weight.”