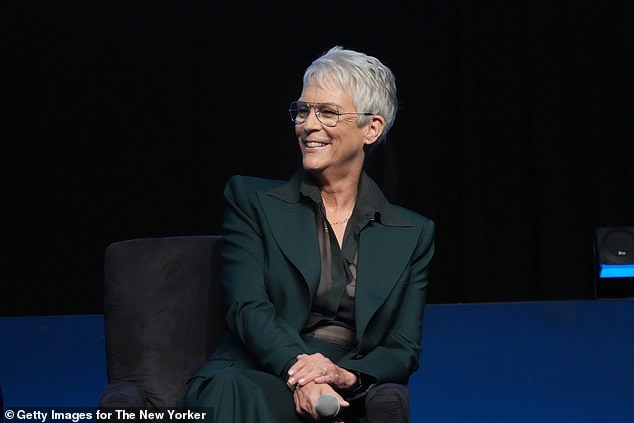 After posting a number of anti-Semitic remarks, Kanye West had his Twitter account suspended. Jewish celebrities and politicians denounced him for the despicable online harassment.

Kanye said in a message that Twitter later took down: “I’m a little drowsy now, but when I wake up, I’m going death con 3 On JEWISH PEOPLE.”

The odd thing is that black people are truly Jews, too, so I can’t be anti-Semitic, he said.

You guys have been playing games with me and trying to blackball everyone who doesn’t agree with your agenda.

The account in issue has been locked owing to a breach of Twitter’s regulations, according to a Twitter spokeswoman. The rapper won’t be able to post because of this.

West once claimed that rapper Diddy was under the influence of Jews who were attempting to stifle his message of “White Lives Matter,” which led to the restriction of his Instagram account.

In response, Diddy said in a post that he hoped “all this coonin’ and baffoonin'” would cease.

We don’t have the time, he wrote in a subtle dig at Kanye. A situation of urgency exists! Clearly black people come first!

This occurs at the same time as reality celebrity and Real Housewives of New York star Lizzy Savetsky is the target of anti-Jewish hatred for denouncing Kanye’s heinous antisemitism.

In a video, Savetsky criticized Instagram for being a “breeding ground for antisemitism” and Kanye for his offensive remarks.

The reality star received some foul criticism, including the vile remark, “Get your hidey hole in the attic ready for you and the family,” which was a shameful allusion to Anne Frank, who was murdered by the Nazis in 1945.

Others made remarks about her beauty, spread the myth that Jews control the media and banking, and one even said that “Germany shoulda won” World War Two.

She posted on social media, thanking Instagram for limiting Kanye’s account. It still doesn’t alter the fact that I often get comments supporting his anti-Semitic ideology that are brutally cruel and frightening.

‘My children’s great grandmother didn’t escape Auschwitz so we could watch passively while people endanger our survival as a people,’ the mother-of-three from Texas said. We must speak out! You should take these threats as seriously as I do.

Savetsky, who was welcomed as a new cast member in August, shared a recent tweet from Kanye and remarked, “In case you didn’t catch Kanye’s now deleted tweet,” after her outburst.

Following Kanye’s comments, comedian Hannah Einbinder tweeted to her 124,000 Instagram followers: Just a friendly reminder that you are dead to me if you f*** with this guy.

I’m going to need my buddies who aren’t Jews to call that s*** out. There aren’t enough Jews left to protect ourselves by ourselves. We need allies.

Aside from other public figures, Ritchie Torres, a US congressman for New York’s 15th congressional district, also denounced the rapper for his antisemitism.

Kanye West: If you view yourself at war with Jewish people, you are, by definition, antisemitic, he stated on Twitter. Shame on you and your complicities.

‘Kanye West’s threat to Jews is as ever founded on a fantasy of Jewish dominance, a belief held throughout the political spectrum,’ said British comedian and author David Baddiel.

“It sits at the core of the Jews Don’t Count phenomenon: Jews are strong therefore hitting them is punching up and sympathy for them in the face of it useless,” the author of the book stated.

Dov Hikind, a seasoned state representative from New York, also denounced the rapper for his venomous outburst and referred to him as a “sick guy.”

Kanye is a Jew-hater in denial, according to Hikind. It’s obvious that he’s ill.

Twitter has now deleted Kanye’s offensive and deadly antisemitic comment, but we won’t forget the border this guy crossed.

“We can only watch as Kanye West destroys himself and assaults his former pals with the same grief felt by his own family.

Whoever sows hatred will experience grief.

Kanye was also criticized for his remarks by the Mayor of Beverly Hills in California, who said that he “obviously spews hate against Jews.”

According to Lili Bosse, “I am left to bear witness to antisemitism as the daughter of an Auschwitz survivor who is no longer on this world.”

Hours after the Meta ban, Kanye continued the assaults on Twitter.

The tweets from West were his first to appear on Twitter in over two years. Upon his comeback to the site, Elon Musk tweeted, “Welcome back to Twitter, my buddy!”

“Mark, look at this. How did you remove me from Instagram? My n***a used to be you.

He sent the tweet along with a picture of the two singing along at an unspecified hour.

We may impose limits on accounts that persistently violate our policies, a Meta representative stated.

“Kanye West has had a run of rants this week that is exceptional even by his norms,” the American Jewish Committee stated in a statement. Ye must understand the importance of words, particularly in light of a recent online attack on Jews.

‘He should start by finding out how to make a point without inciting hate of Jews, let alone as a musician, if he wants to have any credibility as a pundit on social matters,’ said the critic.