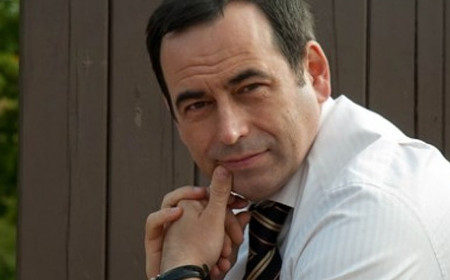 Roman Avdeev is a famous Russian businessman, banker, investor, and philanthropist who is the biological and adoptive father of 23 children. His wealth is estimated to be $1.7 billion (September 2018, Forbes).

Roman Avdeev was born into a manufacturing worker family in Odintsovo, Moscow Region. He was born on July 17, 1967.

In 1984, he graduated from the ordinary school at Odintsevo. 1986-1988, he served in the military. In 1988, the volunteer traveled to Spitak to repair the earthquake damage. In Moscow, Roman Avdeev studied power engineering, but left in 1989 to pursue entrepreneurship. Later, he earned degrees from the University of Business in 1994 and the Technical University (1996).

Roman Avdeev began his first firm in 1989, selling in electronics and importing computers. He was employed by the Ukrainian company Elektronmash. After the dissolution of the Soviet Union, businessmen had to continually swap rubles and hryvna. He observed that currency activities generate substantial profits.

Avdeev acquired Moscow Credit Bank in 1994 with funds from his electronics firm. He discovered it in an advertisement. According to Forbes, the deal was worth approximately US$500,000 (2 billion rubles). Bank collaborated with huge retail chains and independent business owners. Principal source of income was short-term credits secured against revenues.

Moscow Credit Bank entered the top 100 Russian banks in 1995. In subsequent years, the firm was prosperous. Until 2008, when the financial crisis hit all credit companies, its assets grew.

With the assistance of his Rossium Concern, Avdeev sold land in Moscow in 2008. He quadrupled the MCB’s capital with 6 billion rubles. He secured clients like as Mechel, OGK-6, Miratorg, and Severstal.

The Central Bank of Russia added MCB to the list of systemically significant credit institutions in September 2017. There are eleven big banks in Russia that control over sixty percent of the banking sector’s assets.

Moscow Credit Bank is currently the largest regional private bank in Russia. Rosneft, M.Video, Evroset, L’Etoile, and many other significant networks are among its clients.

Avdeev launched the Ingrad group of firms in 2012. Rossium Concern became its principal investor. The structure has been one of the largest developers in the Moscow Region since 2015.

In 2013, Rossium invested in Soglasie, a private pension fund. The fund’s assets expanded from 5 to 22 billion rubles by 2015.

Other enterprises developed include a drugstore chain and timber manufacturing.

In December of 2016, Rossium Concern acquired OPIN development group shares (Open Investments). Moscow’s Eduard Streltsov Stadium was owned by the company. Previously, Torpedo football team held home practices on this field. The club experienced financial difficulties and could no longer play there. Avdeev chose to return the arena to the club and rekindle the team’s traditions.

The current title sponsor of Torpedo is Ingrad. The club’s annual budget will range between 120 and 150 million rubles. The stadium is scheduled to undergo rebuilt by the end of 2019. The estimated cost of the project is approximately 8 billion rubles.

Avdeev does not anticipate quick gains from Torpedo. The billionaire feels that only a small number of international competitors should be invited. The club should place a high priority on traditions. It must be a club where regular factory workers from Moscow can play. The objective of the coaching staff is the team’s evolutionary progress. The players’ primary objective is to join the Football National League.

Roman Avdeev has supported orphanages since he began earning money. Unexpectedly, the idea to establish a philanthropic foundation materialized.

The Entrepreneur disliked his birthday. He thanked his parents on their son’s birthday before turning off the phone early in the morning. Due to an essential transaction, he could not “disappear” on this date. He received compliments throughout the entire day. The consequence was an impromptu gathering of friends and relatives. Avdeev instructed them to distribute all the present money to adoptive families.

A year later, in 2014, the Arithmetic of Good Charity Fund was officially inaugurated.

The Arithmetic of Good is not an enterprise. The banker estimates the outcomes in terms of the number of children who found families and the accomplishments of those who grow up in orphanages. The fund operates in twelve Russian regions. Families who wish to adopt or have previously adopted a child attend the “ABC of adoptive family” club sponsored by the fund. Children in orphanages receive an expanded online education.

Roman Avdeev is one of the two billionaires with the largest families in the world. His family consists of 23 children, 19 of whom are adopted.

So many children are also raised by the Saudi Arabian banker Suleiman Abdul Aziz Al Rajhi. No more examples among billionaires.

Avdeev is in his third marriage. He met his future wife Elena online while searching for an English tutor for children. By then, he had already adopted 12 children.

The family hired almost ten individuals for housework. Elena is in charge of raising children. Roman thinks his wife’s psychological stress to be great. He hints she could quit her job and remain at home, but he never insists. The businessman recognizes Elena’s need for self-actualization. She is an English language instructor.

All members of the family recognize the father’s right to give advise and “lecture”; he frequently converses with his children in difficult situations. The businessman compares himself jokingly to Baba Yaga (a kind of witch in Russian fairy tales).

Roman and Elena like spending time together. They take advantage of any opportunity to spend time outdoors together.

Roman Avdeev feels it his obligation to provide children with a quality education and a solid life philosophy, not with large sums of cash. The Chinese proverb “It is better to gift a fishing rod than a fish” is favored by a billionaire. According to him, parents who do everything for their children ruin their life.

The businessman does not forbid his children from holding work, but they begin their careers at the bottom. Two sons were hired by their father’s businesses.

After graduating from high school, Anton (born 1988) spent five years in the timber sector. Initially employed as a sales manager, he resigned as the company’s deputy CEO. Then he found employment in a bank. Beginning as an ordinary specialist, he rose to the position of middle-level manager. At the time, he expressed his desire to depart Moscow Credit Bank.

Anton opened the Japanese restaurant Matsuri near Moscow in February 2014. In August of 2018, it was shut down.

Kirill Avdeev (born in 1990) joined Moscow Credit Bank as an operations specialist in 2010 and worked extensively with private clients. He is pleased to become the department’s deputy head for corporate clients.

Roman Avdeev’s Awards
2012 – medal for commitment to the defense of constitutional liberties and rights “Be prompt with good deeds!”
2014 — SPEAR’S Russia Wealth Management Awards, “Banker of the Year” category; also awarded “Legend of the Industry”
2015 — According to RBC, the year’s “greatest investor” (Russian media holding).
“Philanthropist of the Year” in 2017
Fascinating Facts

His initial earnings were from collecting and depositing bottles with his cousin.
First official position as watchmn (1988)

Finds family business abnormal since its aims go beyond producing a profit; hence, its efficiency is diminished.
Negatively evaluates Dima Yakovlev’s Law, but acknowledges its favorable impact on the orphan issue.

Together with polar explorer Mikhail Malakhov, climbed the highest point in Antarctica, Wilson Peak (2009)
Does yoga — he can balance on his head but not his hands

Enjoys skiing in the winter and jogging all year
He simply plays football and hockey with his children and has never trained professionally.

In contrast to his father, who was a Spartak supporter, backed CSKA during his youth.
Lacks personal safety

Prefers to drive his own vehicle without a chauffeur. In Moscow, he frequently takes the subway since he finds it quick and convenient.