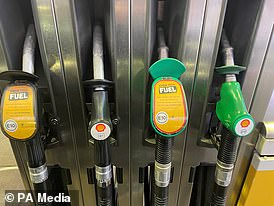 The RAC claims that while major merchants increase their profit margins, drivers are being denied a further 10p reduction in gas costs.

Due to the drop in oil prices, the average cost of a litre of petrol in the UK dropped by over 7p to 162.9p last month, it added.

Although this was the sixth-largest monthly decrease in the average price of gasoline since 2000, the driving services firm said that the decrease should have been greater.

This indicates that since the long-term margin on unleaded of 7p per litre, forecourts throughout the nation should have been advertising prices about 152p.

According to RAC Fuel Watch statistics, margins are almost 17p per litre, which is a massive 10p higher than usual.

Normally, supermarkets charge around 3.5 pence per litre less than the UK average, but right now they only cost about 1.5 pence less.

Instead of just believing that supermarkets provide the cheapest petrol, he advised drivers to research their options.