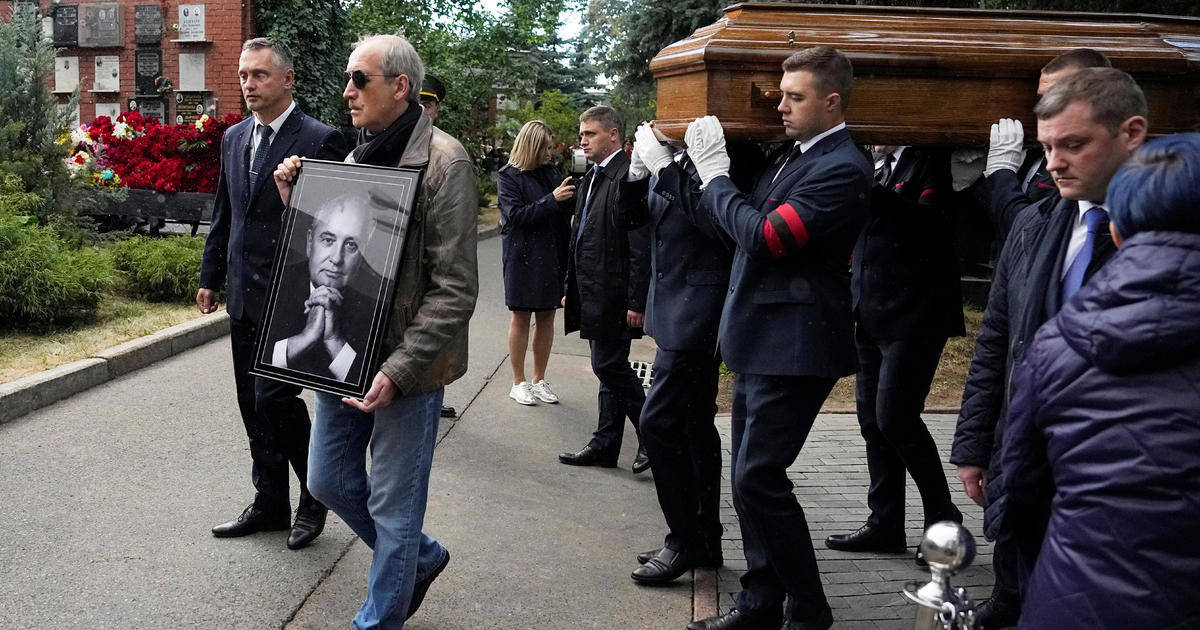 After a goodbye service attended by hundreds of mourners but skipped by Russian President Vladimir Putin, former Soviet leader Mikhail Gorbachev was buried on Saturday. Gorbachev’s radical reforms helped end the Cold War and sparked the dissolution of the Soviet Union.

The Kremlin’s reluctance to officially declare a state funeral for Gorbachev reflects its unease with the legacy of the man who is admired internationally for bringing down the Iron Curtain but despised at home for the fall of the Soviet Union and the ensuing economic collapse that sent millions into poverty.

Putin personally placed flowers on Gorbachev’s casket on Thursday at the Moscow hospital where he passed away. The Kremlin said that the president wouldn’t be able to attend the burial because of his hectic schedule.

When asked what specific matters would keep Putin busy on Saturday, Kremlin spokesman Dmitry Peskov told reporters that the president would have a number of working meetings, make a call to another country, and need to get ready for a business forum he will be attending in Russia’s Far East next week.

Following a farewell ceremony at the Pillar Hall of the House of the Unions, an opulent 18th-century mansion close to the Kremlin that has served as the location for state funerals since Soviet times, Gorbachev, who passed away on Tuesday at the age of 91, was buried at Moscow’s Novodevichy cemetery alongside his wife Raisa.

At the memorial service on Saturday, attendees laid flowers alongside Gorbachev’s open coffin, which was guarded by honour guards. Irina Gorbachev, one of Gorbachev’s daughters, and his two grandchildren sat next to the coffin.

In addition to hosting balls for the aristocracy during the czars, the opulent, chandeliered hall adorned with columns served as a location for important conferences and congresses as well as state funerals throughout the Soviet period.

As they entered the structure, mourners saw honour guards positioned on each side of a big photograph of Gorbachev grinning widely, a reminder of the upbeat vitality he gave to the Soviet leadership after a string of gloomy, ill predecessors.

The screening was extended for two additional hours beyond the originally scheduled two due to the significant attendance.

Despite selecting such a prominent location for the goodbye service, the Kremlin refrained from referring to it as a state funeral, though Peskov did indicate that it would have “components” of one, such as honorary guards and government support for planning. He declined to explain how it would be different from a traditional state funeral.

Except for the name, the event on Saturday had all the traditional elements of a state burial, such as the national flag draped over Gorbachev’s casket. a tiny band performing the Russian song, which has the same tune as the Soviet hymn, and goose-stepping guards firing airborne rounds.

However, announcing a state funeral for Gorbachev would have made Putin attend and forced Moscow to invite world leaders, something it seemed unwilling to do given the escalating tensions with the West after the deployment of soldiers to Ukraine.

Attending the goodbye ceremony was Dmitry Medvedev, who presided over Russia’s Security Council with Putin from 2008 to 2012.

Then, he published a message on a messaging app channel in which he made reference to the fall of the Soviet Union in 1991 and accused the United States and its allies of attempting to manufacture the dissolution of Russia, a strategy he called a “chess game with Death.”

On Saturday, the goodbye was attended by Viktor Orban, the prime minister of Hungary, who has often criticised the Western sanctions on Russia.

Additionally present were the ambassadors from other Western nations such as the United States, the United Kingdom, Germany, and others.

The comparatively understated burial stood in stark contrast to Boris Yeltsin’s grandiose official funeral in 2007, who served as Russia’s first post-Soviet leader and chose Putin as his chosen replacement, paving the way for Putin to gain the president by resigning.

Yeltsin was buried there as well. The Novodevichy cemetery is home to the graves of a number of well-known Russians, including Anton Chekhov, Sergei Prokofiev, and Dmitry Shostakovich.

Nikita Khrushchev, the former Soviet leader who was overthrown in 1964, is one among those who were buried there.

The knowledge that Putin has hindered the transparency Gorbachev championed cast a cloud on the farewell viewing.

Ilya, a mourner in his early 30s who works in financial services, said, “I want to thank him for my childhood of freedom, which we don’t have now.

He used the Russian term for Gorbachev’s reform, or reconstruction, initiatives: “I am a son of Perestroika.”

Another mourner, Yulia Prividennaya, expressed her desire for history to include more individuals like him. “When the world is on the edge of World War III, we need such politicians to solve the issue.”

The liberal Yabloko party leader Grigory Yavlinsky, who collaborated with Gorbachev on economic reform initiatives, praised him for “giving people a chance to voice what they thought—something that Russia never had before.”

Despite avoiding direct personal criticism of Gorbachev, Putin, who once referred to the fall of the Soviet Union as the “greatest geopolitical catastrophe of the century,” has repeatedly accused him of failing to obtain written commitments from the West that would have prevented NATO’s expansion eastward.

The problem has harmed ties between Russia and the West for years and fueled tensions that erupted on February 24 when the Russian president launched soldiers into Ukraine.

Putin said of Gorbachev that he had “had huge effect on the path of global history” in a carefully worded condolence letter that was made public on Wednesday.

According to Putin, “He guided the nation through tough and dramatic transformations, despite significant foreign policy, economic, and societal obstacles.”

He truly understood the need for changes and made an effort to provide his own answers to the pressing issues.

State television broadcasts reflected the Kremlin’s ambivalence toward Gorbachev, which described his international acclaim and the lofty expectations raised by his reforms but blamed him for throwing the nation into political upheaval, economic hardship, and failing to adequately defend the nation’s interests in negotiations with the West.