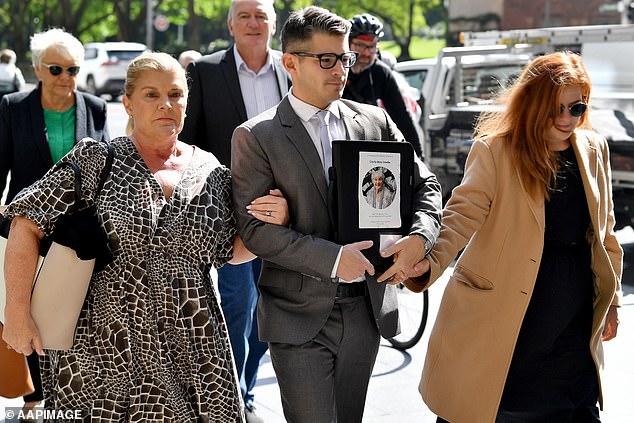 According to a prosecutor, the suspected rapist has given conflicting accounts of the night in question.

He is accused of luring a drunken woman to his house and assaulting her as she slept.

However, a number of women who have lived with the accused man claim that he is dependable and loyal, and according to one woman, he “wouldn’t kill a fly.”

Thomas Joseph Nicol, 33, has entered a not guilty plea to raping a woman he knew at his Bondi home in January 2021 after a night of drinking and cocaine use.

He testified to the jury that when they went to his house to look for her misplaced phone, they had consensual sexual contact.

However, on Wednesday, prosecutor Emilija Beljic called attention to Nicol’s first explanation to the victim the day after the alleged attack.

Nicol said in texts that they “spooned and cuddled” and that he was sleeping until she roused him.

He admitted having intercourse but said there was no ejaculation, only to later admit, “Maybe I did blow,” when the woman persisted.

He acknowledged ejaculating in his testimony, which Ms. Beljic claims was a “convenient” method to explain DNA evidence.

In her last presentation, Ms. Beljic added, “The accused’s version shape-shifted, it altered on significant points, and you may safely not trust what he told you.”

Given that it went against the testimony of friends, an unaffiliated witness, and a doctor, Nicol’s testimony that the woman wasn’t very drunk was dubbed “especially puzzling.”

Maybe the inebriation makes her story more plausible. He had to minimize it, according to Ms. Beljic.

The woman’s statement was supported by forensic evidence, according to Ms. Beljic, and her tears in court showed that she was really hurt by the betrayal.

The woman testified to the jury last week that she couldn’t remember riding in an Uber to Nicol’s house with him and waking up to find him crouching over her and molesting her in bed.

She froze throughout the attack, slept off, and then, around 7am, she was found sobbing in an Uber, telling the curious Uber driver that she thought she had been raped.

She made the same claim to her roommate and afterwards to police.

She definitely saw this as a violation of trust, so it wasn’t simply a bad sexual experience, Ms. Beljic said.

The claimed victim has “always been confused about what happened, locking herself into a mindset of rape,” according to defense attorney Phillip Boulten SC.

According to Mr. Boulten, “(They) engaged in sexual activity that was, probably for both of them, entirely regrettable, that it was messy both physically and personally, and there’s a very real chance she has structured her belief after the event because she feels entirely regrettable about what happened.”

Former roommates of Nicol who spoke well of him were heard by the jury.

He is dependable and faithful. Hannah Hanfy, a past roommate, said, “I haven’t felt more at ease with a man than with Tom.”

Tom has always been trustworthy in my experience with him, and I believe he is compassionate and seeks to support others as they navigate life, according to Alice Flanagan.

Another woman referred to him as “one of the kindest mans I know” and stated, “He wouldn’t kill a fly.” She then added that she had never saw him treat a woman disrespectfully.

Deliberations by the jury are anticipated to start on Thursday.