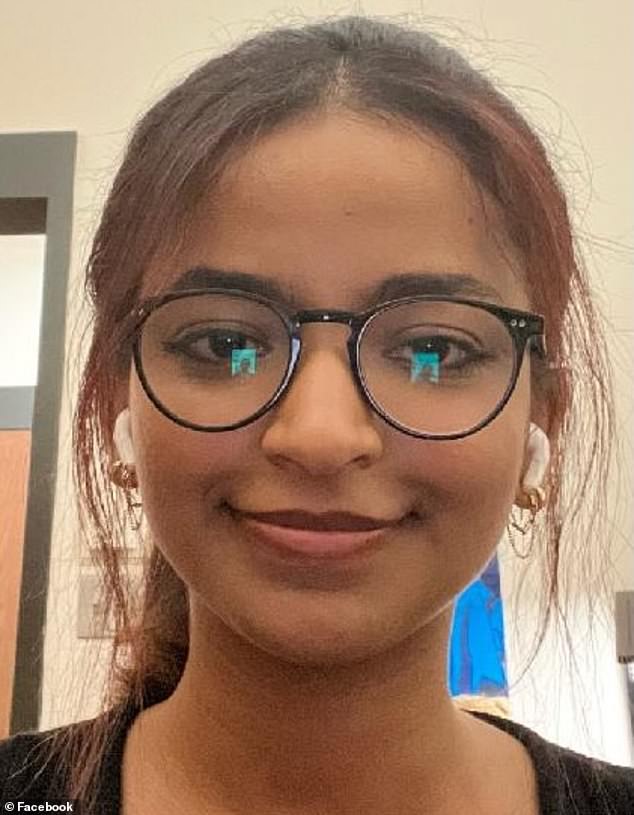 Despite her family’s claims that it ‘pinged’ on Sunday away from the university, a Princeton student who was discovered dead on Thursday near her school had her cellphone on her, according to authorities.

Ohio native Misrach Ewunetie, 20, was last seen on October 14 at about 3am close to Scully Hall, the residence hall where she resided.

According to many law enforcement officials who talked to NBC 4, her corpse was discovered close to the university’s tennis fields on Thursday.

Ewunetie’s family, who fled Ethiopia in 2008, alerted authorities on Sunday. They claimed to have used the Find My Phone app to learn that the phone had ‘pinged’ close to Montgomery Township, which is a neighborhood some distance from the university.

The ping was found in a Penns Neck, New Jersey, home development.

According to Fox News, police claimed on Thursday that they did not think the student’s phone, which was discovered next to her corpse, was planted.

Ewunetie may have visited the location and then returned, or the phone’s ‘ping’ may have been erroneous.

She was not engaged in a struggle, according to the police.

The Mercer County Prosecutors Office said that “her death does not look suspicious or criminal in character.”

The reason of death has not been disclosed, and an autopsy will now be carried out.

The young person’s bones were discovered in a segregated portion of the Ivy League campus that is only accessible to those with valid badges.

The evening before she vanished, she had volunteered at Princeton’s Terrace Club for a live music performance.

Following the cancellation of another employee who was supposed to work the event, a last-minute agreement was made.

Her corpse was discovered by the university’s Recreation Department 1.5 miles from her home, close to State Road where there is a walking route, a community pool, and sports facilities.

After Ewunetie vanished, a multi-day search for her whereabouts led to the use of drones, helicopters, and aquatic vehicles all around the Ivy League college.

In a statement, she added, “Our hearts go out to her family, her friends, and the many others who knew and loved her.”

The chance for students to get together and commemorate Misrach is something we are preparing.

“When specifics are available, information regarding the gathering will be released individually.”

Campus police had made three visits to Ewunetie’s housing estate and had used dogs to explore the area, but they were unable to enter any homes because they lacked search warrants.

Ewunetie’s brother, Universe, said earlier this week that his family hadn’t been receiving complete information from authorities about their search.

Universe told CNN that there was “no continuous update or connection with us.” We are really being kept in the dark.

Police representatives had already informed Universe that the probe would take time.

One of Princeton’s public clubs, Terrace Club, does not need membership dues and is not affiliated with the university.

The clubs provide meals and opportunities for varied activities for the school’s upperclassmen.

She was a club member who was “on duty,” doing cleaning chores while live music was being played.

According to the club’s Instagram page, Raavi and Jackie Marchal were performing there that evening.

Misrach and the other members on duty departed for the evening after the club had closed and all of the duties had been completed.

After the incident, “she returned to her hostel around 3am,” according to her brother.

“Her housemates claimed to have seen her at 3am. Her subsequent roommate said that she hadn’t seen her after 4 a.m., and no one has seen her since.

Her roommates believed she had gone home, so they didn’t search for her.

It was challenging for her and many other individuals since they weren’t on college the first year due to the epidemic, according to Universe.

However, she has been attempting to join the Terrace Club this year, and that is how she made pals.

Elagad said that it was “completely out of character” for her to deliberately disappear or lose contact with her family.

According to Planet Princeton, Ewunetie was the valedictorian of her high school and was a sociology major at Princeton with a computer science minor.

Her relatives said that the fact that she skipped a meeting the next day discussing her application for citizenship made her absence much more troubling.

She is the sole daughter of [my parents] and the youngest; she is the jewel of the family, Universe added.