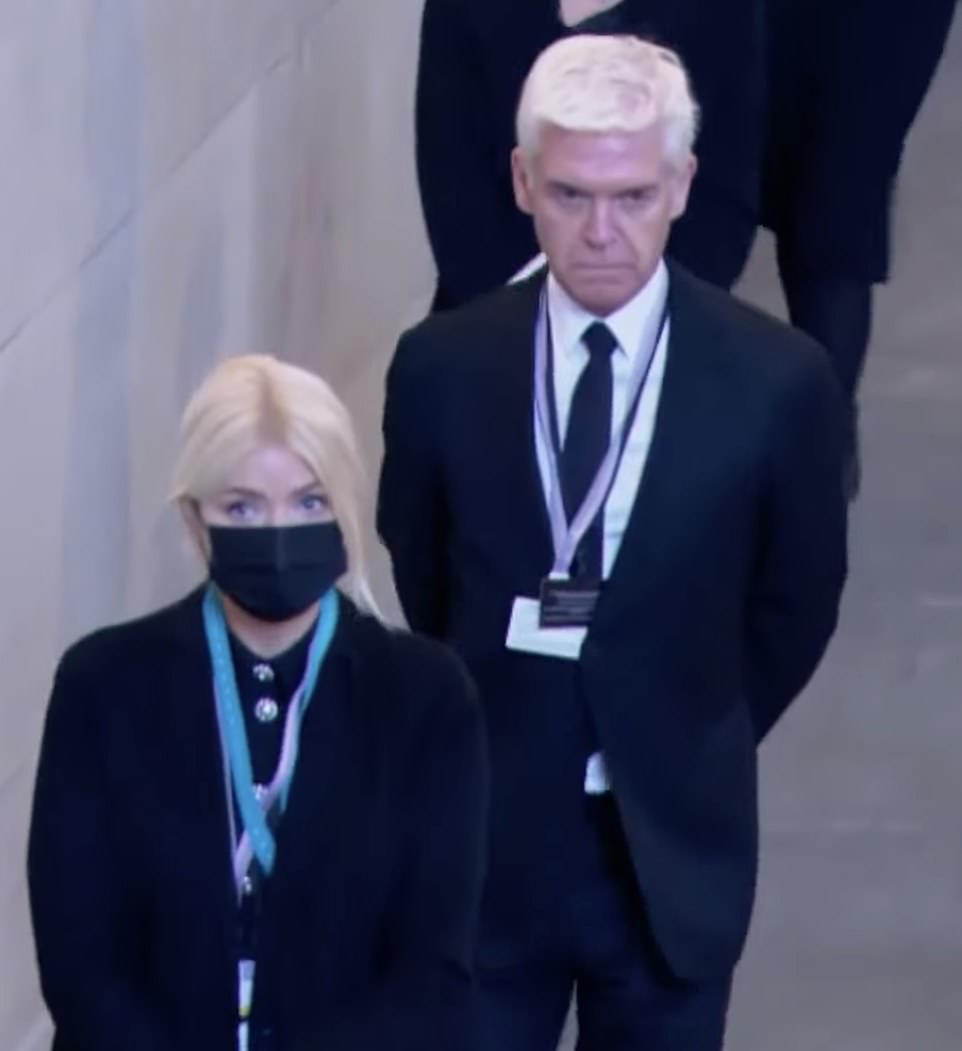 The Mail on Sunday can disclose that Phillip Schofield and Holly Willoughby’s names were not even on the accreditation list when they made their contentious trip to view the Queen laying in state.

According to a source working on the media list, the TV presenters caused a “hoo-ha” when they showed up nine days ago with two colleagues at Westminster Hall to report for This Morning.

The identities of their production crew were instead utilised to assist them in gaining access, which is the most recent twist in an astounding line-jumping scandal.

More than 70,500 people have signed a petition asking for the two to be fired from This Morning after The Mail on Sunday first reported last week’s social media outrage against them.

ITV stated that it would not provide the Palace of Westminster authorities with the personal email addresses of on-screen actors; instead, the email addresses of programme editor Martin Frizell and another member of the production team who was with them were used.

‘When they got there, their names weren’t on the list so there were some arguments and – after some back and forth – Phil and Holly were allowed entry and they were rushed in,’ the person involved in the media list told The Mail on Sunday. There was a little uproar about the whole situation.

The two entered Westminster Hall alone, standing in the press pen for 25 minutes without the assistance of Frizell or the other guy.

When the presenters’ methods were compared to those of football icon David Beckham on Friday, September 16, the controversy got underway.

Despite being given a clearance by an MP to skip the line, the former England captain remained in line for over 14 hours to pay his respects to the Queen. The Good Morning host Susanna Reid received praise for patiently waiting seven hours with her mother to pass the casket.

The presenters’ relationship is now reportedly in trouble as a result of the incident’s week-long repercussions, which has led to hundreds of internet jokes made about them.

Miss Willoughby is also said to be dissatisfied with ITV for not supporting her sooner, and there has been speculation—since denied—that she would quit the programme.

Today, we can also report that a woman’s family has said that she was pushed aside as the duo entered Westminster Hall in order to make room for them.

Mia Froggatt vented her frustration on Twitter about how her handicapped mother had to make way so that Mr. Schofield and Miss Willoughby could arrive in time for the 10am appointment.

She shared a photo of the two, writing, “This is a shot taken yesterday by my sister’s husband after he had lined with my sister, their 10-year-old kid, and my crippled mother for 13+ hours.”

Without even saying “thank you,” my mother was shooed out of the way by @hollywills and @schofe so they could line jump at Schofield Gate.

There was no film crew present as they went by us, according to another witness. They moved in the direction of a side entrance. As they passed, the young man in front of us struck up a discussion with them. Holly took off her mask for a photo.

The couple said that they were there to film a piece for This Morning’s broadcast, which would air four days later, after being spotted on the official camera feed inside the stadium.

The official stream was the only TV feed that was permitted inside.

It is said that Mr. Schofield and Miss Willoughby were in tears as a result of the cruel mockery they received on social media.

According to sources, they “wished they hadn’t gone there” since the incident seemed to have soiled their previously spotless reputations.

Senior ITV officials are also furious. The channel’s director of news and current affairs, Michael Jermey, and his staff spent years methodically planning their coverage of the Queen’s passing and following burial.