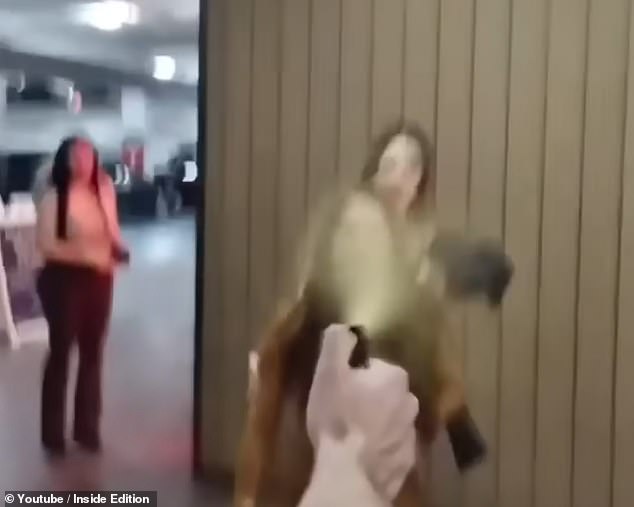 In connection with many hate crimes that occurred in Southern California, a 25-year-old man has been accused of pepper-spraying women.

According to the Orange County District Attorney’s office, Johnny Deven Young, of Anaheim, California, is charged with several offenses including assault and the unlawful use of tear gas with enhancements for those involving the use of a dangerous weapon and hate crimes.

According to the prosecution, Young uploaded videos online showing him pepper spraying and harassing women. He also claimed to be a “incel,” a man who belongs to a group of guys who identify as involuntary celibates and vent their wrath at women.

According to investigators, Young was accused of attacking multiple persons between November 2021 and April of this year by approaching female victims outside clubs in Costa Mesa.

He was named as a suspect in two attacks involving four women and a guy who attempted to halt one of the assaults by Costa Mesa police.

According to authorities, Young once started “verbally harassing” a 29-year-old woman at a Costa Mesa pub in the early morning hours of November 21. He allegedly used “explicit language, claiming he wanted to view her genitals, and demanded to have sexual intercourse with her.”

Young pepper sprayed them both before running away as her buddy attempted to assist the lady.

He would then publish footage of the assaults online for other like-minded people to see.

I just saw him using the camera to get in my face. According to Emily, who was attacked, “I sort of felt it was a joke and he was just doing something, either for online clout or just to be some odd social experiment.”

In one footage, Young is seen walking up to a lady who is sobbing in a parking garage.

When the woman informs him that her vehicle has been taken, Young offers no assistance and instead says, “Can I hook up with you?”

He then verbally harasses the lady when she rejects his approaches.

Another video shows Young reportedly discussing his penis to three ladies who are waiting outside a nightclub for an Uber while sitting on a bench.

When one of them kicks him and tells him to go, Young is accused of pepper-spraying her, her friend, and a third lady who attempted to step in.

Jessica described the agony of being pepper sprayed as “horrific” and “you can’t convey the anguish.”

Young would use a pseudonym to upload videos of altercations with individuals at different gyms and a fast-food restaurant, but his social media profiles were deleted in April.

Todd Spitzer, the district attorney for Orange County, said that “no one should have to live in dread that they may be indiscriminately assaulted and then publicly humiliated on the Internet because of their gender.”

This action is repulsive, and it is wholly unethical for like-minded people to celebrate it. These accusations convey a very clear message to the whole community that violence against women in any form will not be tolerated.

Young was detained in San Mateo County and transported back to Orange County, where he made his court appearance on Monday. Young is claimed to reside in a green and white van in a parking lot.

His arraignment has been postponed until October 10 and he is presently being detained without bail after posting a $500,000 bond.

If found guilty on all charges, he may get a term of up to 13 years in a state prison.