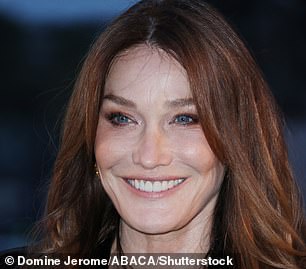 Based on prior attempts to manage royal coverage, Buckingham Palace’s plan to limit broadcasters to one hour of footage during the Queen’s funeral is likely to fail.

Even if BBC, ITV, and Sky agreed to utilize only 60 minutes of clips, the great majority of coverage would still be accessible.

The BBC’s inability to restrict reruns of the Diana/Bashir interview is evidence of this. There are too many versions to be suppressed.

Likewise, the 1969 Royal Family documentary that was legally prohibited and is available in its entirety on YouTube.

And if producers cannot obtain what they desire, they will simply follow The Crown’s example and “reimagine” it.

Charles Moore notes, after forensically examining television footage of the Queen Consort ‘tentatively’ signing the Accession Council document in the absence of King Charles III, that she was followed by the Archbishop of Canterbury, who appeared ‘confused and delayed signing as if looking for the right place.’

He says in The Spectator, ‘My guess is that the new queen took Justin Welby’s position. Perhaps in a thousand years, when archaeologists discover this text, they will incorrectly assume that the Archbishop of Canterbury was a woman named Camilla. Is Charles not a card?

Kwasi Kwarteng is no stranger to financial instability, having done his PhD dissertation at Cambridge on the recoinage crisis of 1695, during which sterling was in disorder. A significant quantity of silver coins had been illegally clipped, depreciating the currency and diminishing its value. Sir Isaac Newton, the mathematician and warden of the Royal Mint, was instructed to mint new silver coins to restore the currency’s worth. Unfortunately, he was incapable of defying gravity, therefore the recoinage failed. Kwasi will keep all of his fingers crossed that history does not repeat itself.

Antoine declares, “I dined with her in Venice.”

The first thing she said was, ‘Remember when you asked me to say ‘Please stick your finger in my a***’ in every European language?’ Her husband was quite angry.

Christopher Pincher MP, drinks columnist, devotes his most recent piece to listing Boris’s detractors: ‘Drawn from swathes of the media, the arts and entertainment elite, the commanding heights of big business and the City, much of the Civil Service and academia, the Church, and a number of politicians.’ Gropegate Pincher’s affair at the Carlton Club, which destroyed his career as a Tory whip, is not mentioned.

Rob Brydon, in a tribute to Sir Michael Parkinson at a Lord’s Taverners lunch, recalled Parky’s heyday as a celebrity interviewer, when he spoke with Lauren Bacall and James Cagney. He asks, “How would he fare now?” It would be, ‘Ladies and gentlemen, Nick Knowles from DIY SOS. Nick, you have had a great life, restoring these houses, haven’t you? Do you possess your own screwdriver?