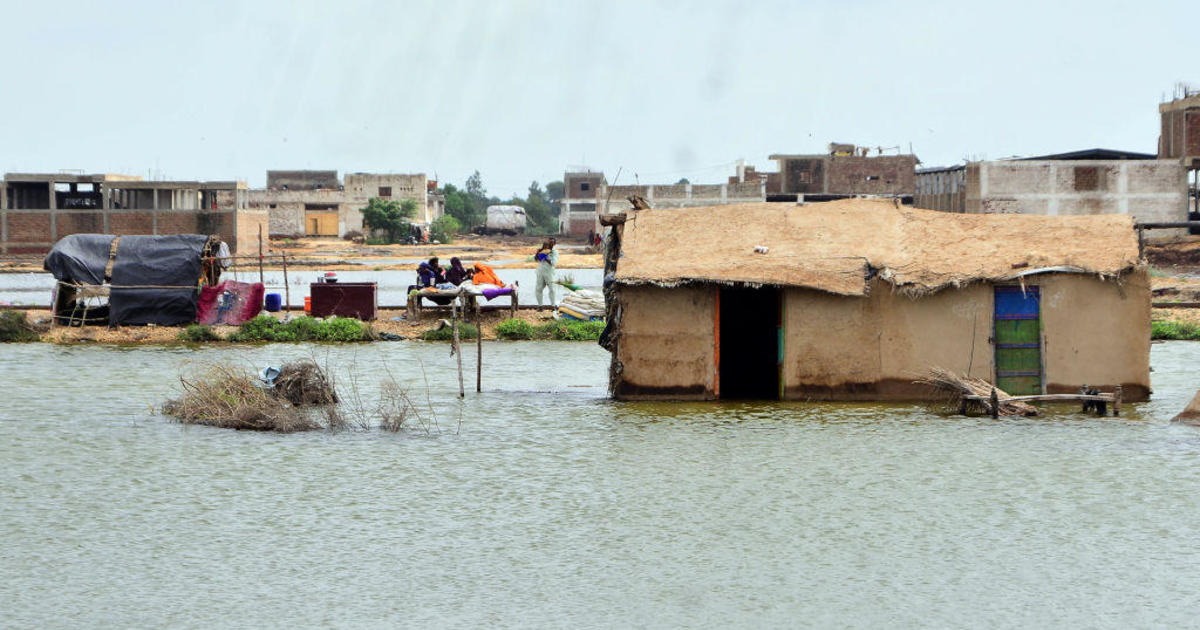 Since mid-June, there have been more than 1,000 fatalities in Pakistan as a result of extensive floods, according to authorities, who also described the deadly monsoon season as “a catastrophic climatic calamity.”

While army and rescue personnel moved trapped civilians to safety in relief camps and gave food to hundreds of displaced Pakistanis, flash floods caused by the torrential rains wiped away communities and crops.

The National Disaster Management Authority of Pakistan said that 1,061 people have died since the monsoon season started earlier than usual this year, in the middle of June, while additional deaths were recorded from various regions.

Pakistan is going through a “severe climate crisis, one of the harshest in the decade,” according to lawmaker and senior climate official Sherry Rehman in a video uploaded on Twitter.

“The biggest monsoon of the decade is spreading non-stop devastation across the nation,” she added. “We are now at the ground zero of the front line of severe weather events, in an unending cascade of heatwaves, forest fires, flash floods, repeated glacial lake eruptions, flood events. The nation’s envoy to the European Union tweeted about the on-camera speech.

Flooding from the Swat River overnight impacted the northwestern Khyber Pakhtunkhwa province, where tens of thousands Pakistani residents were evacuated from their houses to relief camps put up in government facilities, particularly in the Charsadda and Nowshehra districts. According to regional government spokeswoman Kamran Bangash, several people have also sought refuge on the sides of the roadways.

After his house in Charsadda was flooded overnight, 55-year-old Khaista Rehman, who has no connection to the environment minister, sought refuge with his wife and three children by the side of the Islamabad-Peshawar highway.

Thank God, he exclaimed, “we are safe now, fairly high from the flooded region, on this road.” We lost all of our crops, and our house was destroyed, but I am thankful to Allah that we are still alive, and I want to start again in life with my boys.

All four of the nation’s provinces have been impacted by the exceptional monsoon season. Numerous highways have been left impassable, about 300,000 houses have been demolished, and millions of people have been affected by extensive power shortages.

On Sunday, Pope Francis said that he wished to express his “closeness to the people of Pakistan who have been affected by floods of terrible proportions.” Francis said he was praying “for the numerous victims, for the wounded and the displaced, and so that world solidarity would be fast and generous” while on a pilgrimage to the Italian town of L’Aquila, which was devastated by a severe earthquake in 2009.