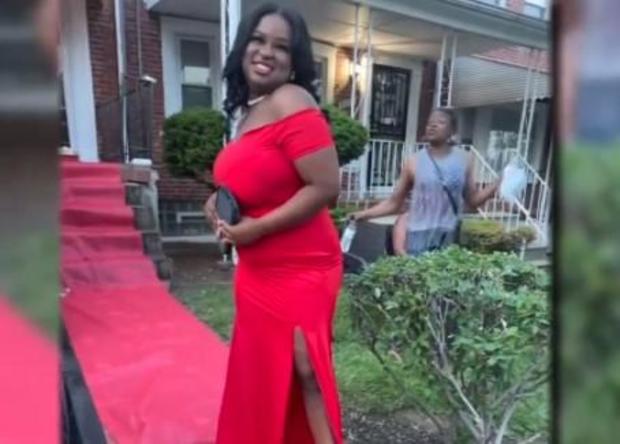 According to CBS Baltimore, homicide investigators have established that a 9-year-old kid took part in the Saturday shooting death of a 15-year-old girl in Baltimore’s Edmondson Village area.

Police said on Sunday that the youngster was one among the kids playing on a patio.

Around 8 o’clock in the evening, a gun he reportedly had went off, according to authorities.

Nykayia Strawder, 15, was shot in the head and dropped the pistol, according to the police. He then fled.

Police claimed that after being transported in an ambulance to a nearby hospital, the adolescent was later declared dead.

There were “a number of children on that porch,” Baltimore Police Commissioner Michael Harrison told reporters on Saturday night, and investigators were “working with a number of young witnesses who all have parents and/or guardians we’re attempting to reach.”

When authorities checked the gun’s serial number, they discovered that it was registered to a lady who is connected to the youngster.

Authorities claim that the lady is an armed security guard.

The 9-year-old cannot be accused of a crime in Maryland, according to the police. However, the State’s Attorney’s Office and investigators were collaborating closely, and certain shooting-related charges remained a possibility.

Dontay Jones, Strawder’s father, claimed to have been at home during the incident.

When Jones heard a “loud muffling sound” coming from the front porch, he was home with his wife and kids. He said it was uncertain if the noise was a gunshot.

Jones noticed Strawder bleeding “from her head, from the back of her skull, on the side” when he went downstairs to look into the matter.

Because there was so much blood all everywhere, “I honestly couldn’t tell,” he said.

Jones said that he wants the assailant to understand that they “taken a very lovely angel away from the earth” when they shot his daughter.

Without her, “we will never be the same,” he said.

No nine-year-old should own or have access to a firearm, he continued.

Donyette McCray, Strawder’s great aunt, told CBS Baltimore that there had been conflict between the youngster and Strawder’s brother before the killing.

Before the youngster made the decision to appear with a pistol outside Strawder’s house, the two were arguing.

Before this, her brother and him had fought twice, according to McCray.

After the fatal incident, Strawder’s family is demanding justice.

He must take responsibility for his conduct, McCray added. “She will never, ever come back. I don’t have my baby.”

Strawder is the sixth youngster to be shot and murdered in Edmondson Village over the course of the last year, according to police data.

»On Saturday, a 9-year-old in Baltimore killed a 15-year-old«