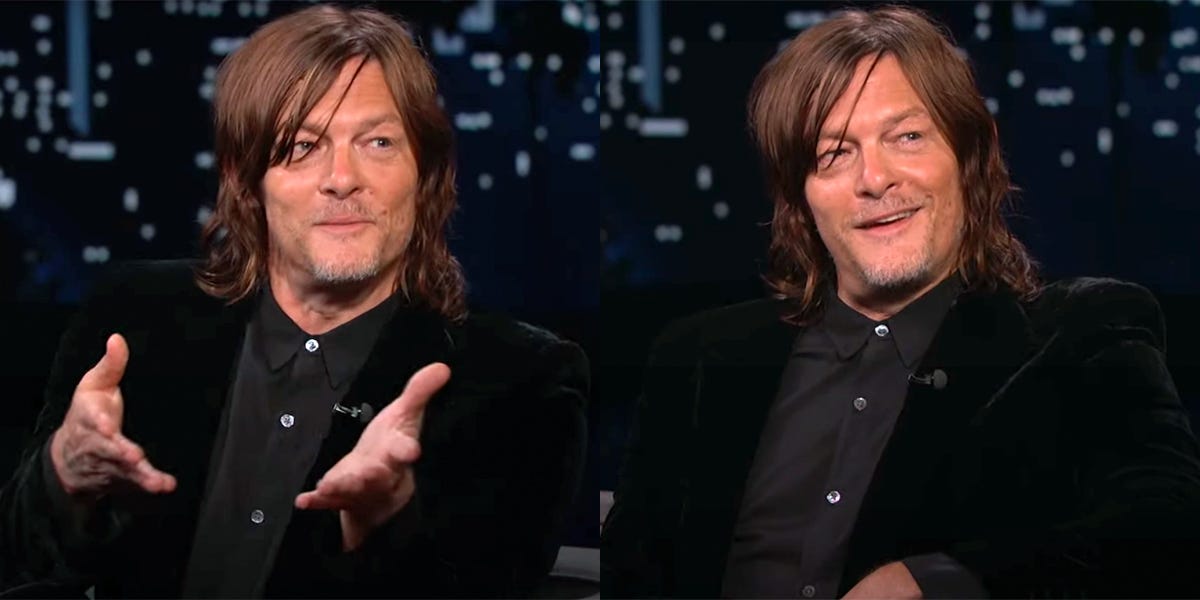 The “Walking Dead” spin-off starring Daryl Dixon may have a pretty simple name.

Tuesday night on “Jimmy Kimmel Live!” Reedus hinted the title of his next “TWD” spin-off, suggesting that it would be very straightforward.

When asked whether the Daryl spin-off had a name yet, Reedus said, “I’m pushing for a title, but I don’t believe it has an official title yet. There’s a term that I want.

Reedus finally gave in a little bit when Kimmel attempted to persuade him to reveal the title.

Reedus stated, “I’m hoping for a certain title,” and continued, “I mean let’s just think about it. She-Hulk is She-Hulk. Spider-Man, Spider-Man. Batman’s Batman. So, why not this be: ‘Boom. Boom’? You know what I mean?” Reedus used filler words, leaving it to the audience’s imagination to fill in the blanks.

Reedus questioned, “You see where I’m headed with that?

Kimmel’s prediction may not be that far off.

This past Sunday, when “TWD” returned for its last block of eight episodes, an AMC advertisement teased the impending unnamed Daryl spin-off by calling it simply “Daryl Dixon.”

The series’ title may be “The Walking Dead: Daryl Dixon.”

After the main “The Walking Dead” series on AMC concludes this autumn, Reedus is one of many characters who will receive their own spinoff. To maintain the “TWD” world, Jeffrey Dean Morgan and Danai Gurira will each have their own programs. (All of the spinoffs are available to watch here.)

When questioned about the plot of the series, Reedus said that viewers might anticipate it to take place abroad in Paris, France.

Where will Daryl go to?

Reedus said, “I am sent there. I don’t go there of my own free choice” in reference to the Paris location.

It’s gigantic, with castles and castle moats, he said, and it’s just wild. “I’ve been out there site scouting and casting and everything for the past several months.”

In reference to the famous art gallery, Reedus remarked, “We’ll like smash the Louvre and all. It’s going to be wild.”

Reedus waived his hands and said, “I didn’t say that either,” when Kimmel questioned whether that was the case.

As they start filming the series, Reedus stated he has been living in France for three months and plans to stay for the next year.

Reedus starts talking about his “TWD” spin-off around 8:40 in the video below. You can keep up with our coverage of “The Walking Dead” here.

»Norman Reedus’ ‘Walking Dead’ spin-off may have a simple name«