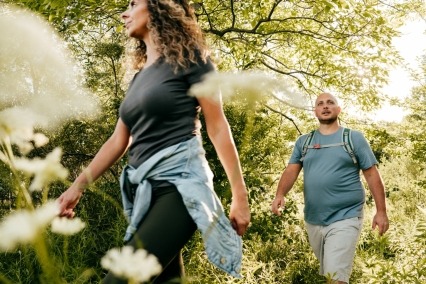 The Monitoring the Future (MTF) panel research found that marijuana and hallucinogen usage among young individuals aged 19 to 30 in the last year grew considerably in 2021 compared to five and ten years earlier and reached record highs in this age group since 1988.

Despite levelling off in 2020, rates of recent month nicotine vaping, which had been steadily rising among young people over the preceding four years, resumed their generally upward trend in 2021. After sharply declining in 2020, past-month marijuana vaping increased once again to pre-pandemic levels in 2021.

Although past-year, past-month, and daily drinking have been declining over the last ten years, alcohol still ranks as the most often consumed drug among people in the research.

When the COVID-19 pandemic was just getting started in 2020, the prevalence of binge drinking—defined as five or more drinks in a row during the previous two weeks—hit a record low. Contrarily, high-intensity drinking (defined as 10 or more drinks consumed consecutively over the previous two weeks) has been progressively rising over the last decade and reached its highest level ever recorded in 2021 since it was first observed in 2005.

This information offers a look into the drugs and uses patterns that young people choose as the drug environment changes over time. According to Nora Volkow, M.D., director of the National Institute on Drug Abuse, “We need to learn more about how young people use drugs like marijuana and hallucinogens, as well as the health repercussions that come from ingesting varied potencies and forms of these substances.”

Young people are developing their capacity to make wise decisions and are at a crucial time in life. It is essential to comprehend how drug use might affect young adults’ formative decisions if we want to set the next generation up for success.

Since 1975, the Monitoring the Future research has polled teenagers from a nationally representative sample every year about their views and actions related to drug use.

A subgroup of these individuals will be subjected to follow-up questionnaires as part of the longitudinal panel study component of the MTF to monitor their drug usage throughout adulthood.

Participants self-report their usage of drugs throughout three main time periods: their lifetime, the previous year (12 months), and the recent month (30 days). Researchers at the University of Michigan’s Institute for Social Research in Ann Arbor are conducting the MTF project, which is supported by money from NIDA, a division of the National Institutes of Health.

Online data collection for the 2021 survey took place from April through October of that year. Important results in the category of young adults include:

Marijuana Usage: Since these trends have been tracked since 1988, the last year, past month, and daily marijuana use (defined as use 20 or more times in the previous 30 days) have all reached record highs.

Use of Hallucinogens: Until before 2020, reports of past-year hallucinogen use had been mostly consistent during the previous several decades. Since the first poll of this demographic was conducted in 1988, the percentage of young people who reported using hallucinogens in the previous year in 2021 was 8%.

In contrast, just 3% of young people reported using hallucinogens in 2011, and 5% of young adults in 2016 reported doing so. Participants mentioned using LSD, MDMA, mescaline, peyote, “shrooms” or psilocybin, as well as PCP and mescaline.

The only hallucinogen shown to have statistically significant drops in usage over the previous five years was MDMA (commonly known as ecstasy or Molly), which went from 5% in both 2016 and 2020 to 3% in 2021.

Vaping: Despite levelling down in 2020 during the first stages of the epidemic, young individuals’ use of nicotine vaping in the previous month rapidly climbed in 2021. In 2021, the prevalence of nicotine vaping almost quadrupled to 16% from 6% in 2017, when the practice was first noted, reflecting a general long-term rising trend.

Young individuals’ use of marijuana vapes in the previous month had drastically decreased in 2020, but it had almost reached pre-pandemic levels by 2021. Since the study’s inclusion of marijuana vaping in 2017, the past-month prevalence has doubled, rising from 6% in 2017 to 12% in 2021.

Alcohol use: After dramatically declining in 2020 (32% reported in 2021, compared to 28% in 2020 and 32% in 2019), reports of binge drinking by young adults—defined as consuming five or more drinks in a row during the previous two weeks—returned to pre-pandemic levels in 2021.

However, during the last ten years, there has been a decline in young people’s past-month, past-year, and daily alcohol use. For instance, 66% of young people reported having used alcohol during the previous 30 days in 2021, a considerable drop from the 70% recorded in 2016 and 69% in 2011.

In addition, the research found that young individuals’ past-month cigarette smoking and past-year non-medical usage of opioid drugs (defined as “narcotics other than heroin”) had significantly decreased when compared to 10 years previously.

Over the last ten years, the use of both drugs has gradually decreased. The 2021 MTF panel research also collected information on drug usage among individuals 35 to 50 years old, young adults in college or not, and numerous demographic groupings.

“Observing which substances are emerging, in which groups, for how long, and under which situations, is one of the greatest ways we can learn more about drug use and its effect on individuals,” said Megan Patrick, PhD, research professor at the University of Michigan and lead author of the MTF panel study.

“We can evaluate the consequences of “natural experiments” like the pandemic using Monitoring the Future and comparable large-scale surveys on a reliable sample population. We may look into how and why medications are used, highlighting important areas to direct future research and advise public health measures.

You can read more about the procedures used to obtain the data for the MTF panel research and how the survey corrects the impact of possible exclusions in the report.