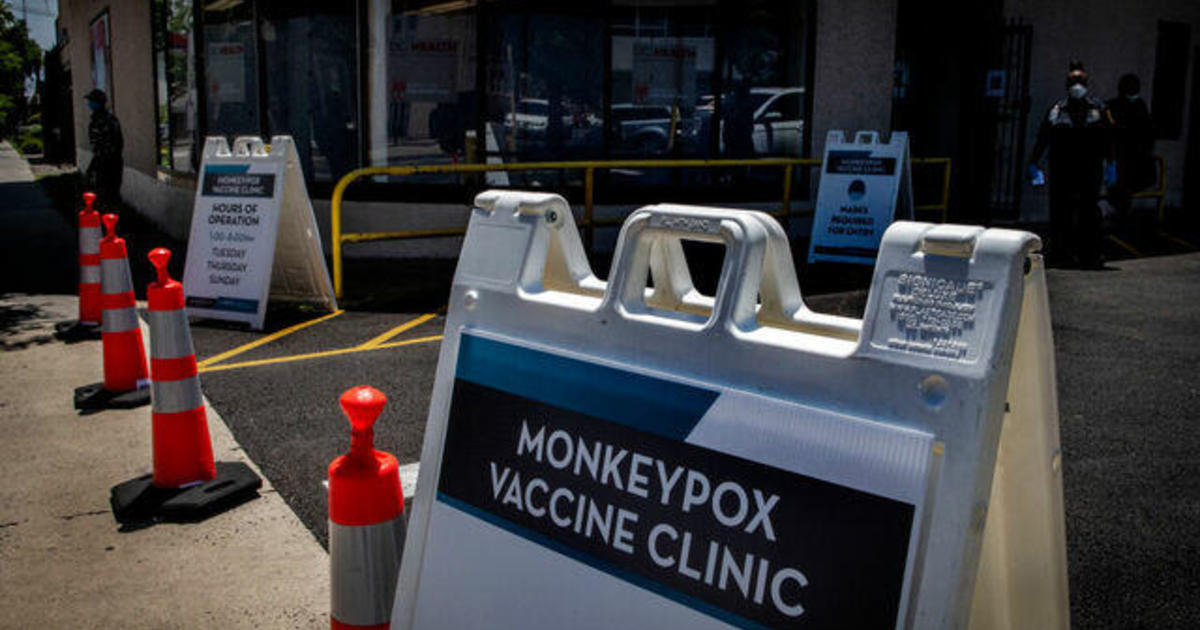 Government officials claim that there is almost enough monkeypox vaccination to protect the whole at-risk population.

Federal health officials announced Friday that the Biden administration’s supply of monkeypox vaccines is almost sufficient to immunize the entire high-risk population in the country’s outbreak. This is in part due to a method to administer smaller doses that has effectively multiplied the nation’s supply of shots.

According to White House officials, since the vaccine was originally approved by the Food and Drug Administration on August 9, around 3 out of 4 health departments are currently giving at least some doses of the monkeypox vaccination using the “intradermal” method.

According to this strategy, the most recent batch of the Jynneos vaccine from Bavarian Nordic, which has been distributed to states and communities around the nation for the next month, may really result in up to 1.8 million arm injections.

According to Robert Fenton, the monkeypox coordinator for the White House, “as we obtain more supply, we are getting closer to the point where we can deliver two doses of vaccine to the full high risk group through intradermal injection.”

According to past information on males who have sex with men who are HIV-positive, authorities had previously estimated that there are up to 1.7 million persons “at greatest risk for monkeypox” in the present epidemic.

However, it has long been known among federal health experts that not every vial would really provide the entire five desired dosages.

Without specialized needles and syringes, vaccine providers are unable to draw out all five doses, according to complaints from local health offices. Some vaccine recipients have only regularly been able to receive three or four doses from Bavarian Nordic’s vials, even using specialized equipment.

Vaccinators may need to inject intradermal doses again to immunize patients because if done incorrectly, they do not produce a raised “wheal” on the skin of recipients.

Some individuals, such as those with a history of keloid scarring and young children, are only able to receive full-sized dosages using the original “subcutaneous” technique deeper into the arm.

There are at least 92 Americans under the age of 18 who have gotten at least one dosage of Jynneos, according to preliminary data from 19 jurisdictions published by the CDC on Friday.

CDC Director Dr. Rochelle Walensky told reporters, “We have put in a buffer as we’ve been assigning and distributing, to feel certain that folks are receiving the doses that they need, without expecting that every single one is going to receive five doses out of the vial.”

Bavarian Nordic is anticipated to provide another 150,000 vials of vaccine “as early as late September,” according to authorities.

The upcoming vaccination milestone comes as public health authorities say they are cautiously hopeful about indications that the monkeypox epidemic in Europe and certain regions of the United States may be winding down.

Local health authorities now claim that the number of newly reported cases has been declining for weeks in locations like New York, which was among the first hotspots of the epidemic.

Nearly 17,000 cases of monkeypox have been detected statewide as of Thursday. More cases have been reported in the U.S. than in any other nation in the globe, while it still has a lower confirmed infection rate per 1,000 people than Spain.

Despite the fact that “things are not even throughout the nation,” Walensky said, “we’re monitoring this with cautious optimism and genuinely hoping that many of our harm reduction messaging and our immunizations are getting out there and working.”

Health experts have emphasized that there is still a lack of information on the real efficacy of Jynneos to stop the virus, although some of the slowdown may be the consequence of expanding immunizations.

People who have received vaccinations “should continue to take efforts to protect themselves from infection given the unclear efficacy of immunization in this epidemic,” according to the CDC’s advice.

In contrast, authorities attribute a portion of the delay to males who have sex with other men avoiding potentially unsafe encounters that may transmit the virus.

According to health officials, the majority of cases in the current epidemic have been among males who have sex with men, with the disease mostly spreading via close physical contact as opposed to other types of casual interactions.

At a recent webinar hosted by the National Foundation for Infectious Diseases, the CDC’s Agam Rao stated, “We’ve actually had a number of people who have worked while they were sick, accidentally, not realizing they had monkeypox, and there hasn’t been any secondary cases associated with those activities.”

According to recent survey results released by the CDC, more than half of males who engage in heterosexual sexual activity claim they have decreased the number of their sex partners as a result of the epidemic.

A 40% decrease in “one-time relationships” between men who have sex with males might reduce the monkeypox epidemic by up to 31%, according to the agency’s modeling, buying crucial time for health officials to increase immunizations.

“We are all aware that there are reporting gaps and that there might be more waves or breakouts. I therefore won’t comment on whether we are bending the curve for a few more weeks “Local health professionals heard from Athalie Christie, one of the CDC’s top monkeypox response experts, during a recent webinar.

During a monkeypox epidemic in West Africa, Christie said that while she was working there, authorities “saw the final case maybe four times.”

“I’ve worked in outbreaks for a long time, so I’ve learned not to get very enthused by the first findings. I thus have nothing more to add than my cautious optimism “added Christie.

»Almost enough monkeypox vaccine is available, according to government authorities, to protect the whole at-risk population.«