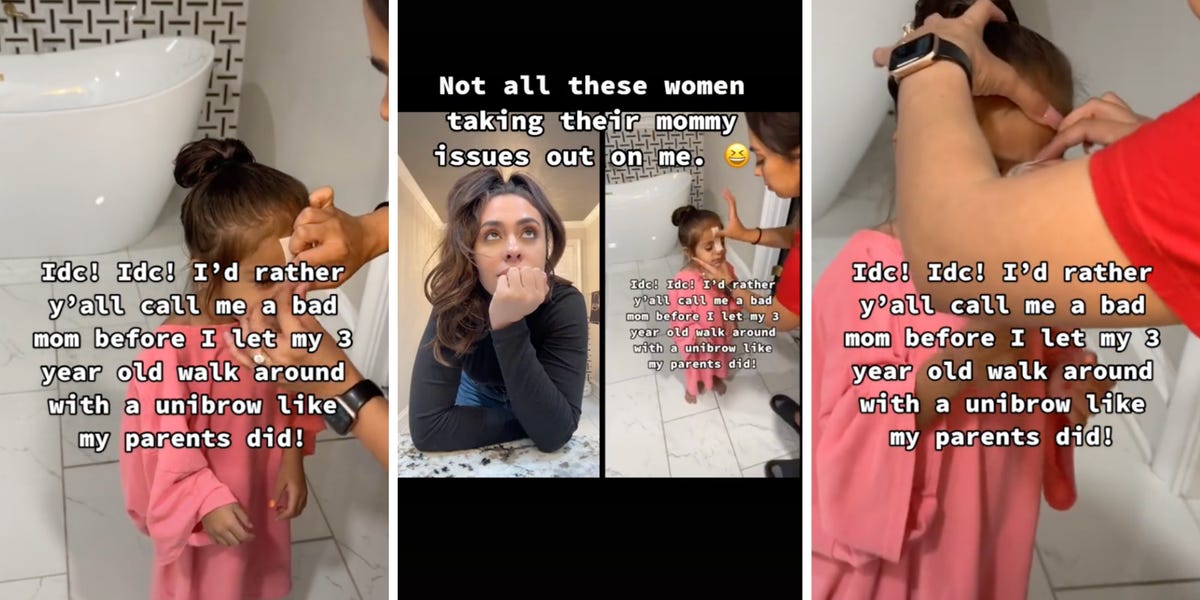 After recording a video demonstrating how she waxed her three-year-old daughter’s brows to prevent her from having a “unibrow,” one TikToker defended her actions, calling it “basic hygiene” and asserting that she had “no regrets.”

The popular video was published on October 4 by Leah Garcia, who has 262,000 followers. She applied a little wax strip to her daughter’s forehead in the video, then tore it off. Garcia’s daughter scowled and said, “Ow, mom.”

“I’d rather y’all label me a horrible mom before I let my 3-year-old go around with a unibrow like my parents did,” read the post’s on-screen description.

Garcia’s video garnered a storm of criticism and more than 30 million views as of Wednesday.

Positive responses dominated the top comments beneath the video, with many stating that Garcia was “saving” her daughter from being teased because she had a “unibrow” and that she will be grateful to her in the future. However, TikTokers started duetting Garcia’s video to express their disagreement with her choice in the days after its publication.

One user commented on a video with 1.1 million views, “I hope when she’s older, she learns her doubts were put on her by the one who was meant to make her feel the most beautiful in this world, sad baby.” “You’re correct, too; she’s already teaching her to dislike something natural in herself like what,” read the first comment beneath the post.

Another user added in her caption that she believed “this kid is too young to have to worry about all of this beauty standard nonsense,” adding that “teaching a kid that young that the facial hair that naturally grows on their body is wrong or they need to get rid of it… irreparable damages to her psyche.”

In reaction to the “uproar” against her post, Garcia issued a video statement on October 7 stating that she stands by her choice to wax her daughter’s eyebrows in order to prevent peer bullying.

She replied, “I would endure the abuse and mockery from millions of people, as I do today. “I would take it on the chin before I ever allowed my children to be wounded by someone else’s comments for something I could remedy so simply,” the speaker said.

Garcia then published a number of additional videos in response to the ongoing criticism she had gotten from other TikTok members.

She added, “Grooming IS NECESSARY,” in another video, and captioned one image, “We teach her self love, but we also teach her fundamental grooming.” Someone another said that her detractors were “taking out their mother problems on me.”

Garcia continues to upload videos to TikTok regarding taking care of her kids as well as more general lifestyle and beauty stuff.

Her response to Insider’s request for comment was delayed.

According to a Mayo Clinic advice column, several hair removal techniques are “safe and none have age limits.” The skin of a toddler’s face is “very delicate and they may develop an allergic response,” according to a medically reviewed article on BabyCenter.com.