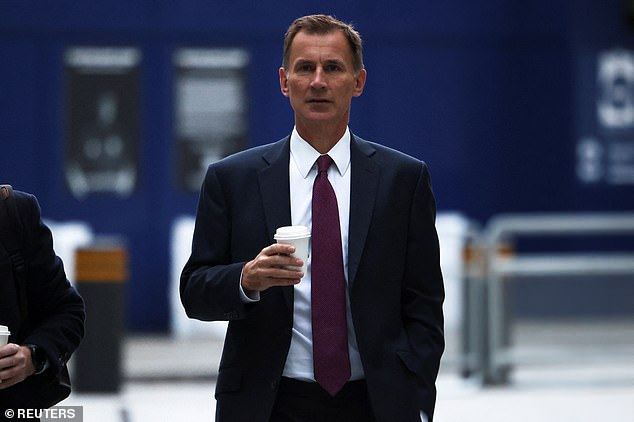 Miriam Margolyes, a comedian and actress, surprised listeners this morning on BBC Radio 4 by telling hosts what she had “truly wanted to say” to the incoming Chancellor Jeremy Hunt.

Prior to Margolyes’ appearance on the Today Programme, journalist Justin Webb had spoken with Hunt about his ideas for the government’s new economic policy.

The 81-year-old comic spoke on the program to discuss her buddy, the late Robbie Coltrane, who played Ron Weasley in the Harry Potter films.

Margolyes, however, veered off course and made the decision to voice her opinions regarding the new Chancellor.

She said to Webb, “I never imagined I’d be sitting in the seat… [that Jeremy Hunt was seated in].”

When Webb saw where the discussion was headed, he attempted to cut the comic off by exclaiming, “Oh no no no, you can’t say that.

“We’ll need to get you out of the studio right immediately.”

The program rapidly transitioned to the sports section.

Presenter Claire Balding observed, “I am just just recuperating from Miriam Margolyes,” before talking on the Rugby League World Cup.

Shortly after the gaffe, Webb was forced to apologise, telling listeners that when inappropriate remarks were used on BT Sport during a scrum: “When I watched the Rugby on BT Sport, they always apologised when you heard language that you perhaps shouldn’t have heard when it was placed on BT Sport.”

“Well, we apologize if you heard a word earlier on that you shouldn’t have heard. However, the remainder of Miriam Margolyes’ conversation was excellent.

Hunt was giving his first series of press conferences since taking over as chancellor from Kwasi Kwarteng yesterday.

On Saturday night, he will meet with Treasury representatives, and on Sunday, he will see Prime Minister Liz Truss.

Former BBC journalist Jon Sopel responded to the encounter just with the emoticons for startled and giggling.

Michael Rosen, the author, only said, “Miriam Margolyes! She’s done it once more.

It was “perhaps the finest moment in the Today Programme’s history thanks to Miriam Margolyes,” according to former BBC producer Dino Sofos.

Margolyes has a history of using profanity during live broadcasts; in fact, he may have been among the first persons to do so on British television.

The television personality claims to have uttered the phrase out of exasperation when participating in University Challenge in 1963 as the captain of the Newnham College team from Cambridge University.

She unexpectedly dropped the F-bomb on Robert Peston on his ITV Sunday morning program in January 2018, despite telling the host she was going to use “a nasty word.”