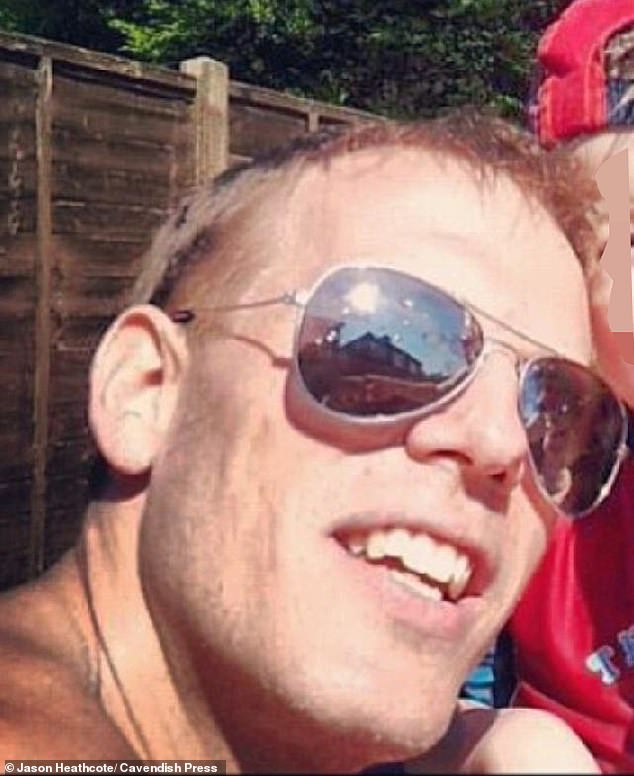 After discovering his wife asleep next to a nude neighbour who exclaimed, “It’s not what you think,” an angry husband beat her.

At midnight, Jason Heathcote, 42, discovered his wife Ceri beneath the blankets in John Richardson’s bedroom of the Gawsworth house in Macclesfield, Cheshire, with one strap of her dungarees down.

When they were able to pull him away, he stormed off. The eye socket on the left side of Mrs. Heathcote’s face had “significant” swelling and was described as being “very painful.” She was in her 40s.

Later, she denied having had any sexual relations with Mr. Richardson and said that her husband had “lost the plot.”

Heathcote admitted to assault causing real bodily injury and was sentenced to pay his wife £500 in damages at Warrington Magistrates’ Court.

The victim, who had a nine-year “complex” relationship with Heathcote, pleaded with him not to go back to their house.

Heathcote started getting messages from Mr. Richardson’s ex-partner stating, “Keep your wife away from my home, she’s left my house at 4:30 in the morning,” which led to the incident. When Mrs. Heathcote was challenged with the texts, she denied any involvement.

She had been drinking and chatting with friends who lived close by on the evening of June 25. Before departing for his house, Heathcote spent some time with them.

She is unable to remember how long Jason was with them, but at about 11.50 p.m., she left one friend’s home to go to another, according to prosecutor Michael O’Kane

She has been close friends with him for around four years. She walked upstairs to locate John who was sleeping since his door was open. Normally, she wouldn’t enter without being asked, but since she was a close friend, she did.

She affirmed that there was no sexual connection between her and Mr. Richardson.

She entered the building with John in order to talk with him.

She had been on the bed with John for around 15 minutes when she heard footsteps approaching.

She was greeted by the defendant with the words “You f****** s**g, you f****** b****, you disgusting w***e.” John said, “It is not what you believe,” after she yelled at him to stop. The defendant rose from the bed, crouched over Ceri, and began punching Ceri in the left side of the face.

She was helpless to defend herself as she lay on her back. She is unable to remember how many times he has struck her. However, according to her, she claimed that the defendant was becoming “crazy.”

According to Mr. O’Kane, Ceri was able to get Jason to cease the attack and leave the bedroom with the assistance of John. The prosecution said, “She was surprised and completely numb,” adding, “She indicated her face was aching.” She believes John talked to him. She is unable to recall.

Regarding the injuries, there was a sizable swelling beneath her left eye socket that was really painful.

She was quite surprised and terrified by him. She is especially worried about protecting their kid.

She doesn’t want the defendant going back to their house,’ she said. She was very angry about the entire thing.

Mr. Richardson also gave a statement that was in line with the victim’s.

Mrs. Heathcote stated in a statement that there had first been worries that she had a broken cheekbone and added, “I still have a lot of discomfort around the region.”

I was informed that there was significant bruiseing and that recovery would take eight to twelve weeks. I had to take three weeks off since I started a new job. Thankfully, my boss was really understanding.

“I have experienced sadness and anxiety.” I believe the harm and abuse I’ve endured will be impossible for me to recover from. I’ll never be able to truly trust anybody again after being attacked by someone I believed should love and protect me. It will have a lasting effect on the rest of my life, she remarked.

Throughout the hearing, Heathcote had his head buried in his hands. His attorney, Andrew Derbyshire, said that Heathcote had been informed that his wife was spending the night with Mr. Richardson.

He just mentioned how he had responded to what he discovered during a police interrogation.

He became out of control and lost his way.

He claims that his behaviour was a natural response to what he saw.

The former partner of Mr. Richardson had called him in the days before. Keep your wife away from my home; she departed at 4:30 this morning, read a text message he got. He had spoken to his wife, who said nothing was happening.

She claimed to have had too much alcohol while at the house, passed out on the couch, and then returned home.

She had returned home that evening, June 25, and had made a precise destination known. He visited Mr. Richardson’s house out of curiosity.

What he says diverges somewhat from the evidence presented to the court. He claims to enter the bedroom upstairs. He claims that Mr. Richardson was nude and that his wife and he were both covered by a sheet.

His wife’s dungarees had one strap undone. He acknowledges that he lost the plot, and he makes no effort to refute it. Red caught his eye. In the manner that has been described, he made physical contact with her. The harm she received as a consequence of his actions disgusts him.

Heathcote was given a sentence of 52 weeks in jail, which was suspended for 18 months, and was also had to attend a rehabilitation programme called “Building Better Relationships” and put in 200 hours of unpaid labour. He was also told to pay a victim surcharge of £154.

‘Whatever was going on in your thoughts about what you witnessed, your reaction was entirely incorrect,’ district judge John McGarva told him. You leapt on the bed and hit her in the face many times, leaving her face in a severe mess. I have seen the pictures.

The fact that it was perpetrated in a household setting made it more severe. It was a protracted assault that included many strikes to the face. Thank goodness, the injuries are not as serious as first thought.

»Man angrily beat wife after seeing her with a naked neighbour«