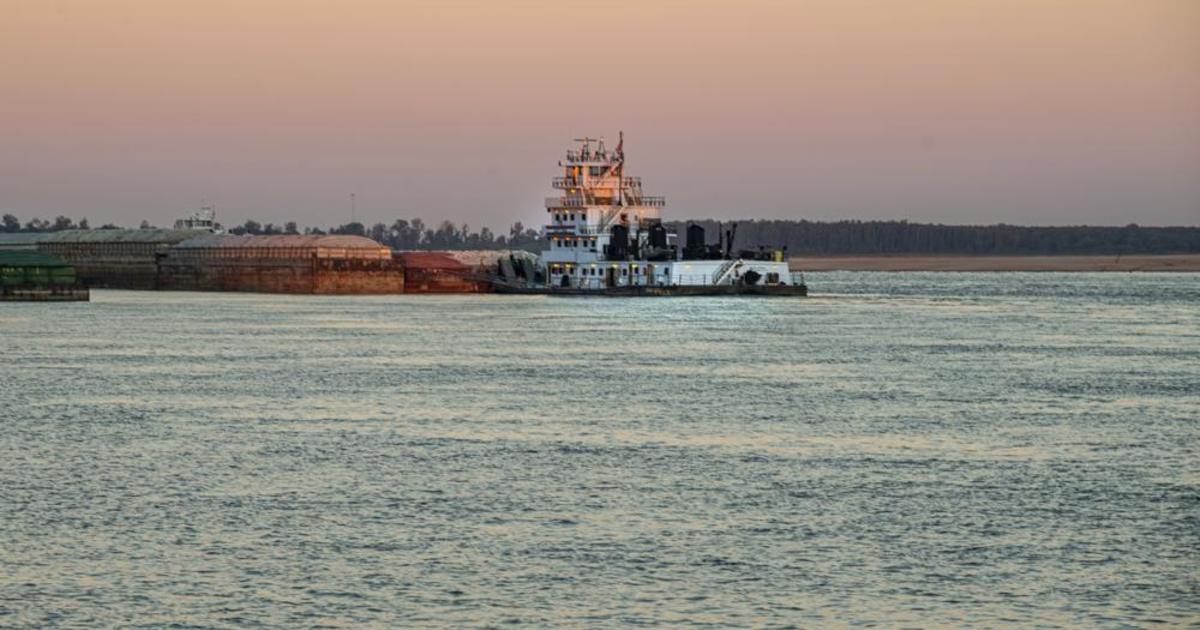 Due to the lack of water in the lower Mississippi, barges are becoming mired in mud and sand, impeding the journey of shippers, recreational boats, and even cruise guests.

In certain locations from Missouri to Louisiana, the Mississippi River is nearing record low levels due to a lack of recent precipitation. In spite of low-water limits on barge loads, the U.S. Coast Guard has documented at least eight “groundings” of barges over the previous week.

One of the groundings occurred on Friday in Lake Providence, Louisiana, between Louisiana and Mississippi. Sabrina Dalton, a spokesperson for the U.S. Army Corps of Engineers, said in an email that river travel in both directions was suspended for days “to remove the grounded barges from the channel and deepen the channel through dredging to prevent future groundings.”

Consequently, scores of tows and barges were waiting to pass in both directions. R. Thomas Berner, retired professor of media and American studies at Penn State and one of the passengers, reported that the suspension also halted a Viking cruise liner with approximately 350 passengers on board.

Berner stated that the Viking ship was originally scheduled to sail from New Orleans on Saturday, but due to low water levels, the launch was changed to Baton Rouge, Louisiana.

The ship was halted near Vicksburg, Mississippi, on Tuesday due to the congestion produced by the grounding. It was not near a dock, thus passengers were unable to depart. The crew entertained the passengers as much as could through music, games, and other activities.

Berner joked, “Some of us are napping.”

The stranded barges were liberated on Tuesday around noon. Berner reported that the cruise ship resumed operations Tuesday evening, but the resumption was short-lived: Viking informed passengers in a letter on Wednesday that it was canceling the remainder of the scheduled two-week voyage due to low water levels prompting additional restrictions. Viking made preparations for passengers to return home, and the letter stated that they would receive a full refund.

Since late August, nearly the entire Mississippi River basin, from Minnesota to Louisiana, has seen below-normal precipitation. According to the National Weather Service, the basin south of St. Louis has been essentially dry for three months.

The catastrophic effects of climate change from coast to coast as reported by ClimateWatch at 22:17

Because barges are busy transporting newly harvested maize and soybeans up and down the river, the timing is poor.

Lucy Fletcher of Brunswick’s AGRIServices, who is on the board of the St. Louis trade association Inland Rivers, Ports & Terminals, stated that some shippers are considering alternative modes of transportation due to navigational issues on the Mississippi, Missouri, and other major rivers.

“Can they reroute via rail?” Fletcher asked. “There is not a great deal of rail available. And often, fall transportation reservations are made early in the season. Therefore, if they haven’t booked the freight yet, there will be people in severe situations.”

Additional strain on the supply chain

Fletcher stated that, because the supply chain is still clogged as a result of the COVID-19 epidemic, most vehicles are booked and unavailable.

According to Mike Steenhoek, executive director of the Soy Transportation Coalition, 29% of the nation’s soybean harvest is transported by barge. He calculated that barge capacity has decreased by approximately one-third this fall due to restrictions on tows caused by low water. This limited capacity at a time when demand remains high has contributed to a 41% increase in the price of barge shipping over the previous year.

About 20% of the corn crop is exported, according to Matt Ziegler, manager of public policy and regulatory relations for the National Corn Growers Association. Nearly two-thirds of these exports typically travel down the Mississippi River on barges before being sent out of New Orleans.

“This is the worst conceivable time for these poor conditions,” Ziegler added.

To maintain river traffic, the Corps of Engineers has dredged the Mississippi at multiple locations and imposed restrictions on the quantity of barges each pull may transport.

In the foreseeable future, the majority of the Mississippi River basin is expected to experience continued dry weather. Fletcher is optimistic that winter will provide some relief.

She stated, “We need a good year for abundant snow melt.” The entire system will only require water.