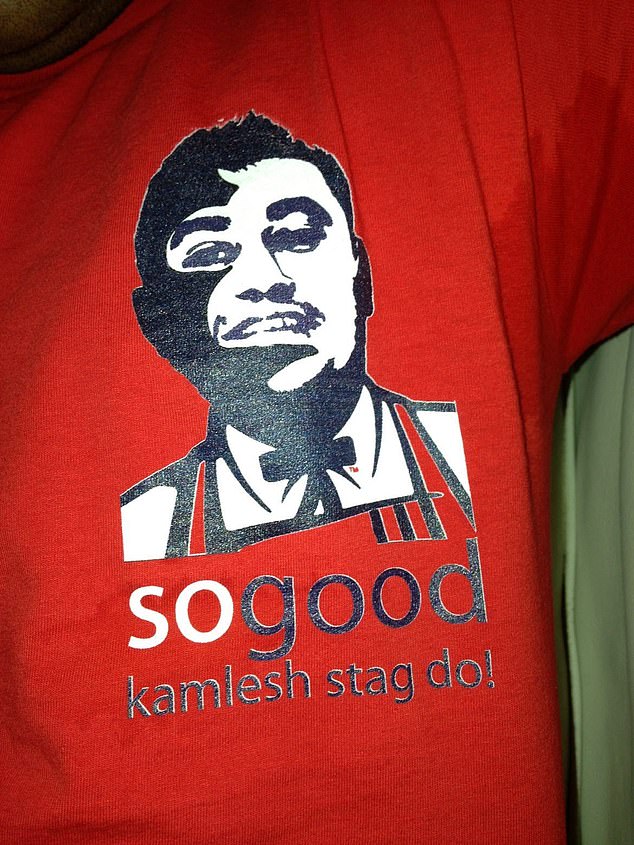 A married father of two may be the largest KFC fan in the world after the fast food chain awarded him a year’s worth of free chicken for visiting locations in more than 50 nations.

At the age of 12, Kamlesh Mistry, 37, from Watford fell in love with the fast-food brand.

Since then, he has traveled to the most remote corners of the globe in search of the best KFC.

Is this the most devoted KFC fan in the world? On his stag do, Kamlesh dressed like Colonel Sanders.

Kamlesh at a KFC in Reykjavik, Iceland, which he describes as the most unusual location he has ever encountered the fast-food brand.

Kamlesh has indulged in KFC in more than 50 nations worldwide.

The technical director’s quest has led him to sample the world-famous chicken in more than 50 nations, including Reykjavik, Iceland, Tallinn, Estonia, and Minsk, Belarus, among others.

For his stag do in Valencia, he wore a Colonel Sanders costume and requested a KFC bargain bucket cake for his 25th birthday.

All of his efforts earned him the title of world’s first KFC Super Fan and a year’s supply of free chicken in 2020.

KFC’s most bizarre dishes ever

Salted Egg Chicken: In 2018, this cuisine was sold in Indonesia and consists of fried chicken slathered with a savory, salty egg sauce.

Paneer Zinger: This paneer cheese burger packed with spicy sauce was introduced in India in 2014 as part of a meatless advertising push.

Cheese Top Burger: This odd chicken burger with the cheese on top of the bun instead of inside was a success in the Philippines when it debuted in 2012.

Popcorn Chicken Poutine: For a short time only, Canada’s national dish of French fries topped with cheese and gravy was added to the KFC menu with popcorn chicken.

Deep-fried Chicken Cartilage, a popular delicacy throughout Asia, was briefly available in Hong Kong in 2021.

Zinger Porridge: KFC added this savory porridge option with fried chicken, shallots, and sesame oil to their menus in Malaysia.

Double Down Dog: This fried chicken hot dog, which debuted in the Philippines in 2015, is served without a bun.

Last but not least, Chizza was released in the Philippines in 2015 and featured in KFC restaurants in Thailand, South Korea, Japan, and the United Kingdom. Chizza replaces the typical pizza dough base with crispy fried chicken.

Kamlesh stated, “Travel has always been a passion of mine, and it began when I was a child and my parents took us on trips to discover various cultures that were distinct from my British Indian heritage.

‘Because of this, and my love of KFC, whenever we began traveling to other countries with my friends and family, I would always seek out a KFC to compare its menu to the one in the United Kingdom.

Thus, I was able to win the competition for KFC Super Fan of the Year by consuming KFC in over 50 different nations.

When asked which country had the best KFC, Kamlesh responded, “Kuala Lumpur has the most diverse menu.” I enjoy spicy cuisine, and they offered a variety of hot options.

I was astonished to see a KFC in Reykjavik, which was by far the strangest place I’ve ever been.

Mistry received a year’s supply of chicken in the form of electronic vouchers worth £400 plus KFC dressing robes, face masks, and t-shirts for winning the Super Fan competition.

After he won the free food, Kamlesh stated that anytime his friends and family visited, KFC was always on the menu.

However, his favorite reward was a one-of-a-kind, face-printed ceramic bargain bucket.

Jaina, the nine-year-old wife of Kamlesh whom he met on a dating website, remarked of her husband’s devotion to KFC.

She stated, “Our love of eating and international cuisine was one of the first things we discovered we had in common.” Although this wasn’t about KFC!

I learned about his obsession with it when I saw his 25th birthday cake modeled after a KFC discount bucket.

“I enjoy KFC, but not nearly as much as he does.” As long as we don’t have it constantly, I’m fine with it.

Sometimes I believe that he enjoys it too much, but not as much as my cooking, or there would be trouble!

The instant his wife realized he was KFC-obsessed: On his 25th birthday, Kamlesh

After being awarded a KFC Super Fan, Kamlesh’s most prized possession is this one-of-a-kind ceramic discount bucket bearing his face.

One of the many gifts Kamlesh received after being awarded the first-ever KFC Super Fan was a KFC-themed Christmas tree.

A worldwide flavor of fried chicken: Mistry in a Californian KFC

Kamlesh stated that anytime he travels on vacation, he is always searching for a KFC.

His go-to dinner consists of a Zinger Tower entrée with a side of hot wings.

Formerly known as Kentucky Fried Chicken, KFC presently has over 24,000 outlets in over 145 countries.

Today, the fast food chain, which was founded in a North Corbin, Kentucky gas station, is celebrating its 70th anniversary.

On the menu at Kamlesh in Munich, Germany, chili cheese fries and a creamy toffee milkshake may be found.

When he visited Dubai, he had to compare the KFC menu to the local offerings.

The Arsenal supporter has traversed the globe in pursuit of various KFC locations.

Since his first taste as a child, he has consumed chicken-based dishes in over 50 nations.

A personalized porcelain bargain bucket handed to him after he was named Super Fan of the Year 2020 is one of his most prized belongings.

The evolution of KFC’s menu over the past 50 years

1957-1963: Debut of the iconic red and white KFC bucket of chicken. Branded to families as an easy dinner option, it was an instant success.

After KFC became a nationwide hit between 1964 and 1969, Colonel Sanders chose to sell the company for $2 million plus an annual payment. But alterations made by the new owners to his exquisite chicken gravy recipe so that it could be made more easily led to a significant fall in quality.

In the 1970s, new side dishes such as fruit salad, bean salad, and potato salad were added to the menu. Extra-crispy chicken was also evaluated, and a name tag for original recipe chicken was made to distinguish between the two.